I am super elated.

A couple weeks ago, I ran the Komen 5k and posted that I was five seconds from my goal of beating 29:00 in a 5k. My hope was that the close call would bode well for today's race, which runs the exact same 5k course. Well...sorry to spoil you so early in the post, but I can now amend that goal to be, "Beat 29:00 in a 5k consistently."

KS came in late Friday night, and we had just enough time to eat dinner and watch some of the FGCU vs. UF basketball game.

This morning, we got to the race with plenty of time to spare. I was wearing my Kayanos with the new arch-support orthotics, and I was a little concerned. They didn't really seem heavy, but I was worried that during a run my legs would notice a difference, no matter how infinitesimal. The heels seemed to be slipping a little, but there was nothing I could do. I tied those babies as tightly as I could and put it out of my mind.

The race seemed smaller this year than last. There were definitely fewer dogs running it. Small races can have their positives and negatives. Most small races are low-tech, lack huge cheering sections, and aren't well-marked. But they can also help to focus you on your own run - as opposed to the runs of the millions of other racers swarming around you.

This case was definitely the latter. We all started off at our own paces, and I was happy when my Nike+ GPS counted the miles accurately according to the course. I had the impression of a lot of people passing me, but my pace was solidly in the low-9s, so I just let it go.

I pushed myself hard today, and I was worried I wouldn't have the energy to sprint the end. When I tried to pick up the pace at the last quarter mile, I felt like I might vomit. (I decided that if I did have to puke, I'd run-and-puke rather than stop and ruin my pace.) I got to that mental place where I was trying to assure myself that if I didn't hit sub-29, I could still do it some other time, and I should be happy just to finish...

But that big, stupid glowing red clock at the end of the race came into focus, and I could clearly make out 28:15, and I knew I was good.

I picked the energy back up, grinned, flashed a peace-sign to M (who had finished in 25:56!), and crossed the line in 28:39, completely obliterating my goal.

KS was just behind me, having used me as a way to push herself (that never happens; I'm not used to being ahead of my running buddies), and PR'd by three minutes, finishing in 29:00 flat!

I placed 6 of 15 in AG this year, which is exactly the same as placing 7 of 17, which I did last year. But I did break my time by almost a full minute, so I'm not complaining in the least.

M placed second in his AG and received a shiny paw medal:

After the race, we showered up and went out to our MeetUp group for the day, which was kayaking. It was a perfect day for it, sunny but not too hot, with just enough cloud coverage. I even tried paddle boarding, because the water was shallow and calm; I was able to put my fears aside and even stood up this time.

"Exhausted" doesn't even begin to describe how I feel now, but it's in a good way. We're planning on having a fabulous dinner at Mad Fresh Urban Bistro tonight - it's the only place to bring an out-of-towner for dinner - and maybe crashing the couches for a movie in.

Spring break gave me one final hurrah this weekend; it started with a bang and is ending the same way. Too bad tomorrow I'll have hours of grading to do. That's when the whole "whimper" thing comes into play. 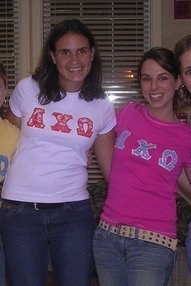