I Guess I'm Just That Age

It's a good thing I love weddings, because it seems my friends have all hit this particular milestone at once. This weekend took us up to Port Orange - the same city where the March 1 wedding was held. To say we were happy to go would be an understatement.

This wedding was especially important because Matt was a best man. Actually, he was one of three best men. Mark, the groom, is just too likeable and loyal to choose just one. Like Jeff and Cayla, we've known Mark for nearly a decade, and Shane has been an important staple in our lives for about four years now, so obviously this wedding was going to be amazing just based on that.
We arrived at Mark and Shane's house late Thursday. While the boys went to grab food, Shane and I stayed up until the wee hours talking about the hilarious antics of our respective men. I love the ease and comfort of seeing college friends; it's always like no time has passed at all. (I guess it kind of hadn't...we had just seen them three weeks ago!)
My hip had been hurting Thursday, and I woke up to run Friday but immediately decided against it. I was exhausted, and my hip was just twinge-y enough to be a good excuse. Instead, I spent Friday picking up one of the other best men from the airport, then got my nails done with the bridal party before the rehearsal. 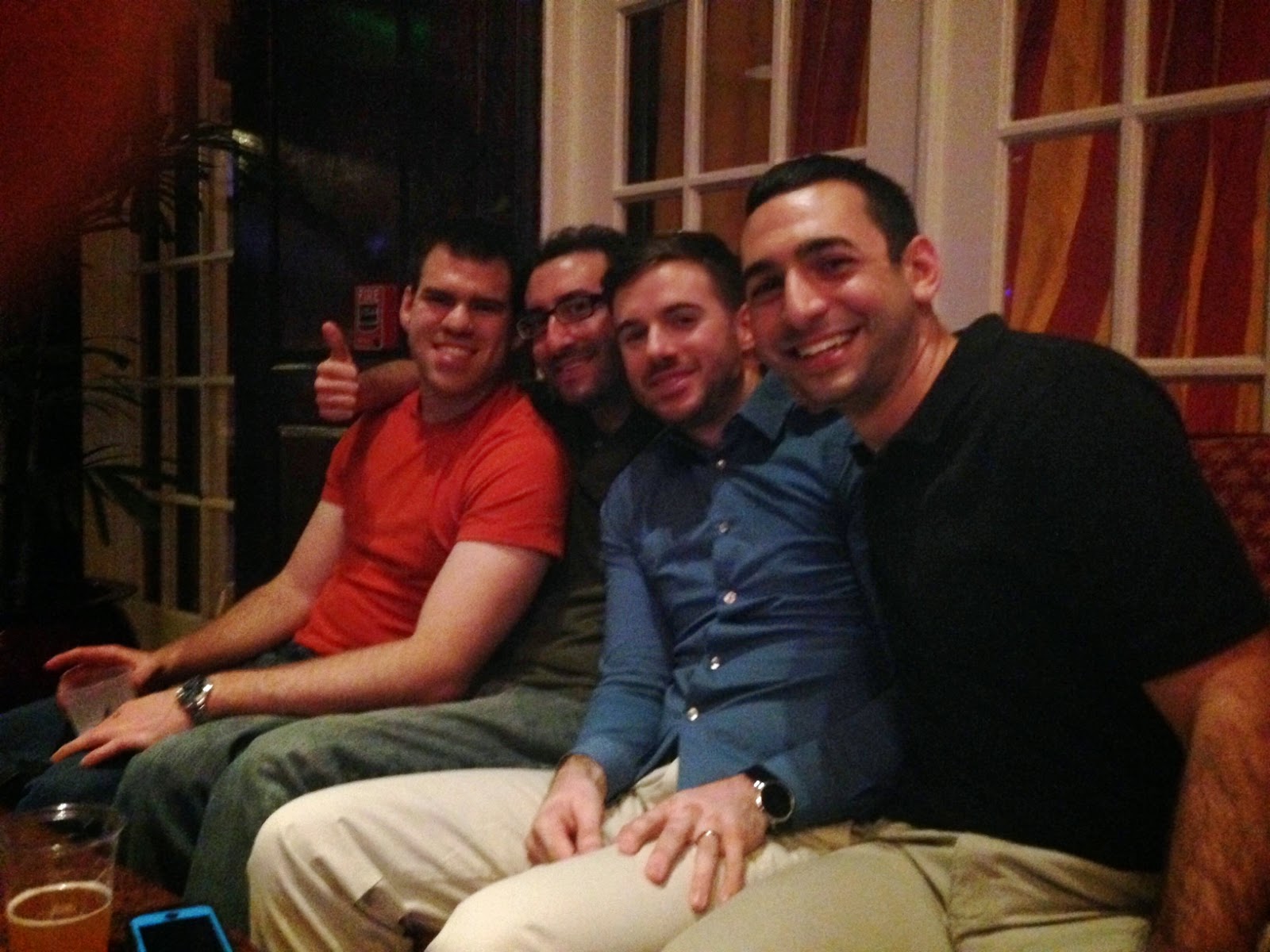 Saturday, I rolled out of bed early. I was hoping for rain, but it chose to hold off until the ceremony. We stayed Friday night at Mark's parents' house, and their neighborhood is just gorgeous for running.
I wanted to get in six miles; I paused about halfway through to stretch my calves and enjoy the view. I ended up at 5.6, because I was worried toward the end that I might be lost and turned on Google Maps to get myself back home!
When I got back to the house, Matt voiced his concern that he wouldn't be able to go over his speech/have help getting ready without me. I reminded him that he had a tux to wear, and really wouldn't need my help.
I had the honor of getting ready with the bridal party and riding over to the church in the limo, so I got to have a sneak peek at the dress.
The wedding was beautiful, of course, and I choked up no less than four times during the first ten minutes alone. 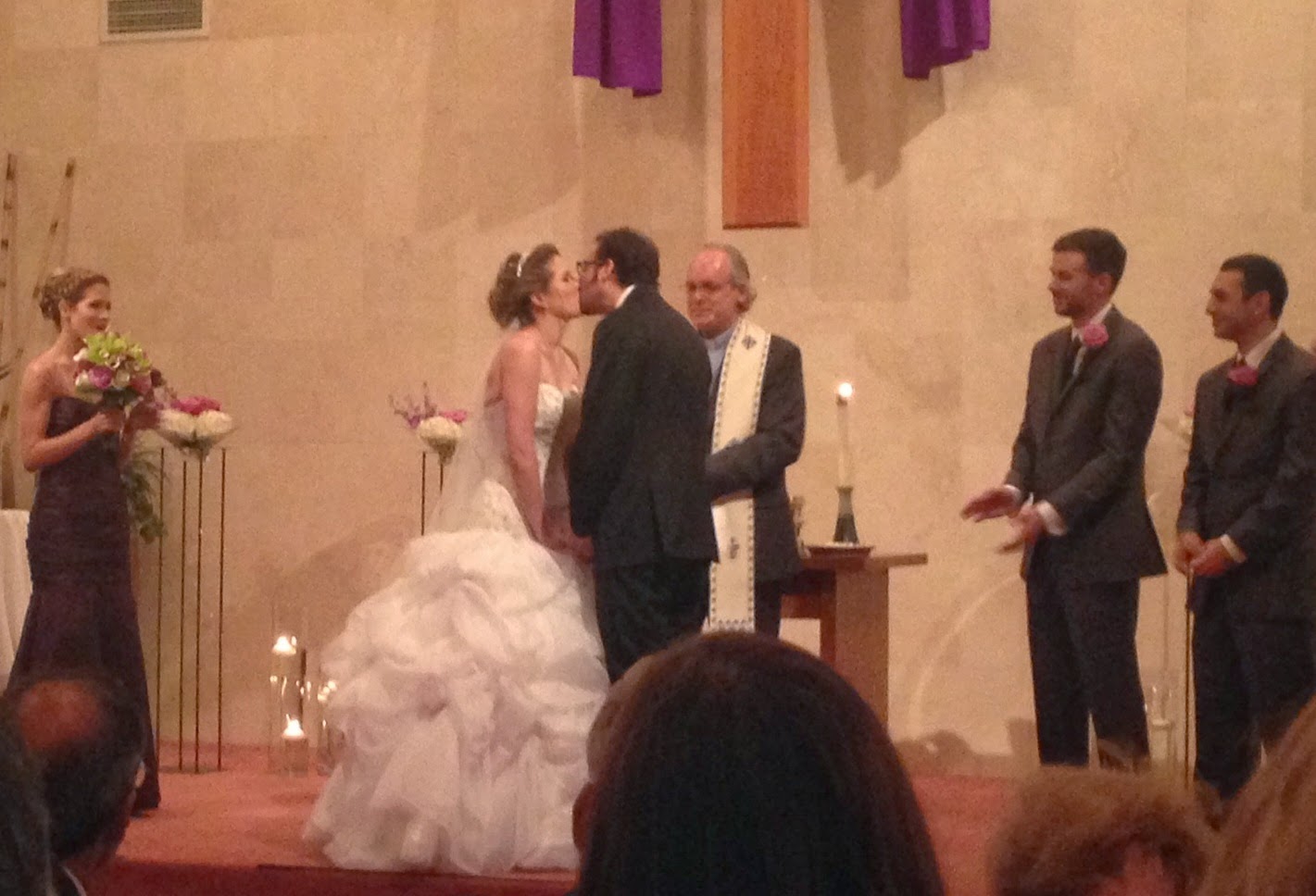 What else is there to say about weddings? I got to see old college friends, we enjoyed amazing food, and we danced the night away. 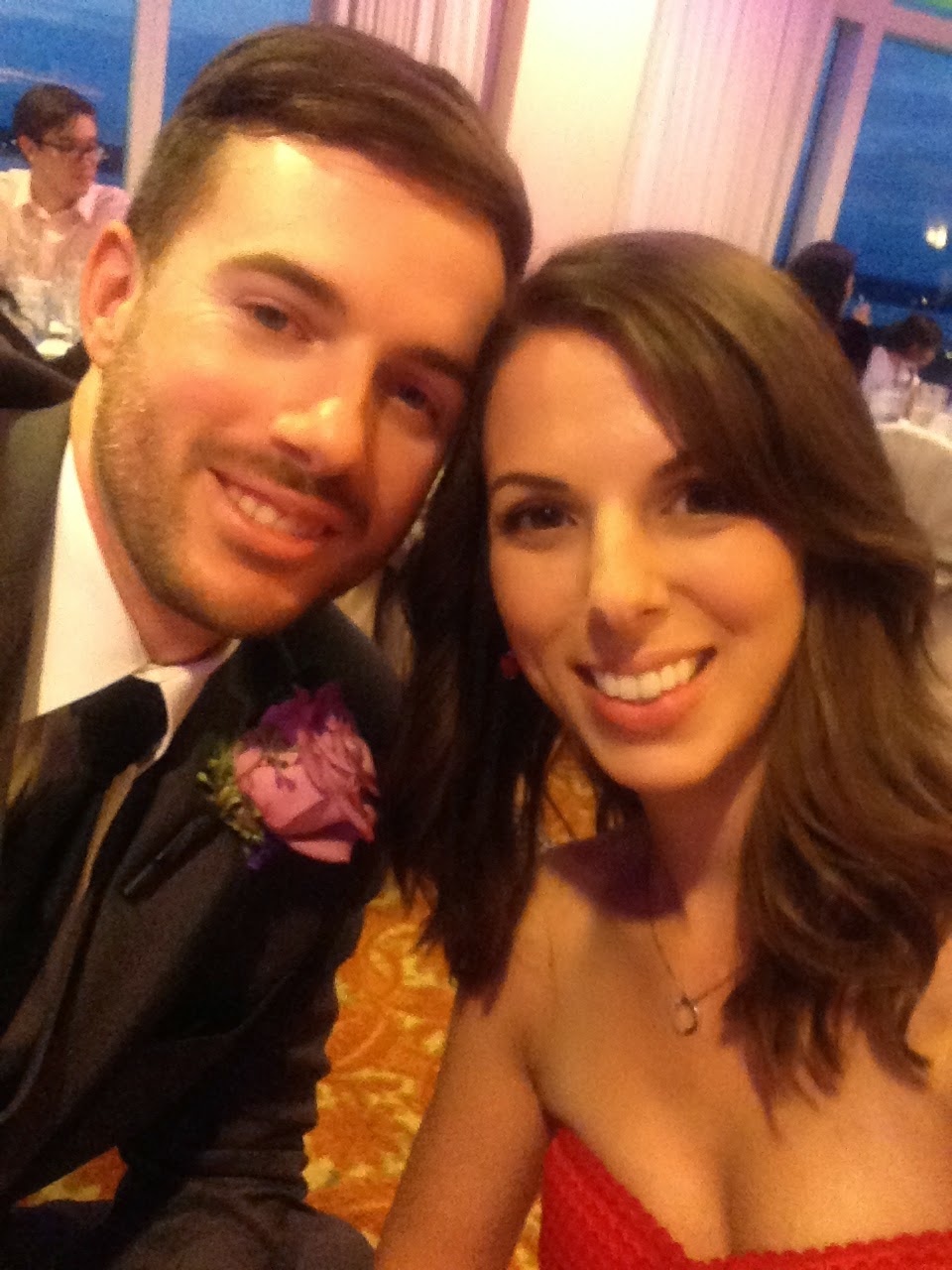 Mark's parents were kind enough to give us their hotel room, so we were right there for the after-party that night, and had breakfast with the newlyweds the next morning.

I'm tempted to strong-arm some people into getting married soon just so we can go enjoy yet another wedding. Despite the driving and the residual exhaustion I'm feeling today, it was still a fantastic and perfect weekend.

Did your friends all start getting married at the same time?
How do you deal with running while traveling?
Do you like to run before a big day? Even though getting up early after a late night out is tough, I know a morning run will give me energy for later in the day. Plus, I love celebrating events with a good run!