Our Anniversary - A Blog in Two Parts

I have something a little different for you all today. It's Matt's and my fourth wedding anniversary, and for the first time ever, Matt has agreed to write a little something for HtGR. Part 1 of this post is his musings on relationships; part 2 is my update on our anniversary this year.

So please excuse the mush; we'll get back to our regularly scheduled programming after this. Promise!

Ali asked me to write a little something for our anniversary to add to her blog post. So here goes nothing. It’s an odd mix of relationship philosophy and personal experience with her but I hope you still like it.

When friends and family ask how my marriage is going, I sometimes feel that they think I’m either lying or just not being open with them. Why? Because the answer is always something like “great!” or “no complaints here!” or “it’s perfect.” Those answers may seem to outsiders to just be me sweeping away the subject and not wanting to talk about it. But really, it’s the truth. And it always has been. Either we have the longest “honeymoon period” on record going right now, or I married my perfect match.

I don’t really believe in there being a singular “soulmate” for each person. That’s unrealistic. But I do believe in there being a type of person that is a perfect match for you. And I knew after years of dating Ali, even at our relatively young age of 23 and 24 when we got married, that we were perfect for each other. We never get into big fights. We never have trust or loyalty issues. We just always got along perfectly. We’ve always been very attracted to each other physically, but the fact that we both are so active and work hard to get in even better shape all the time is a big plus. I’m so glad we aren’t the couple that gets married then completely gives up on their bodies. That’s not healthy or good for the attraction factor in the relationship.

Coming from a family where my parents went through years of fighting and got divorced when I was just 5 years old, I knew I had to find someone that I could be with for the long haul. I knew I found that with Ali five and a half years ago when I proposed to her. And my belief in that hasn’t changed one bit since then. She has her odd quirks I have had to try (and sometimes fail) to work out of her, such as her irrational fear of manatees and the water that I so love being on. Or her inability to find a trash can within feet of where she places wrappers or other debris. But I still love her.

Matt and I aren't really a traditional couple in many ways, but one tradition I've forced us to adopt has to do with anniversaries. Have you seen those lists of traditional/classic gifts to give for each year of your anniversary? They exist, I swear, but apparently I'm one of a rare few who know and care about these things.

Anyway, when our first anniversary rolled around, I told Matt it was important to me that we stick to the traditional gifts. Our last few years have looked like this:

Year 1 - Paper. A Rays ticket for Matt and a first edition set of the first four Harry Potter books for me. (They were the only ones I didn't own!)
Year 2 - Cotton. New monogrammed bathroom towels. 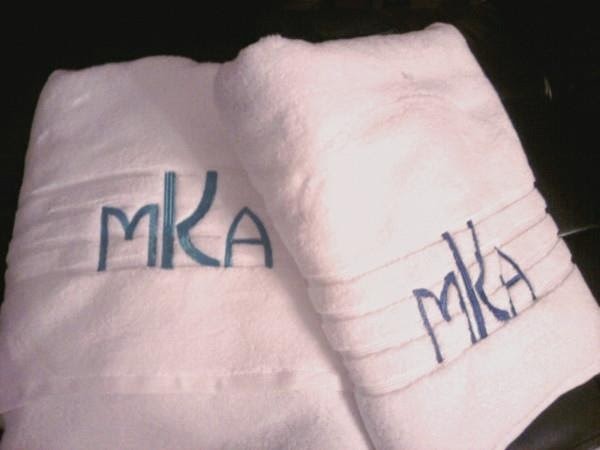 Which brings us to year four. It's crazy how time has flown by. (I know those of you in long-term relationships will understand when I say that it feels like you've known each other forever, and yet there seems to be no way you've been together so long!)

If you're interested in Matt's and my story (and a much cornier, more heart-felt post), you can find it here.

Anyway, traditional gifts for year four are fruit and flowers, which...okay, we buy fruit every week, and Matt has a habit of buying me just-because flowers, so those gifts seem a little silly.
Luckily, the modern gifts came to the rescue! Year four calls for...

Appliances!
Usually that would be super lame, but I'm totally in love with my new washer and dryer, and seeing as we needed to buy them for the new house anyway, it's perfect timing.

We usually celebrate our anniversaries by traveling (we've done Panama, a cruise, and California), and I guess this year it'll be Minnesota!

At the risk of sounding corny, I do have to stop here and extol Matt's many virtues. No one understands me better or supports me more. He truly believes I am capable of great things, even when I doubt myself. (It's totally his fault I'll be attending the All Star Game because he's the one who nominated me!)

He has made me a more adventurous person, a stronger person, and a more patient person. Basically, I'm better for loving him, and my life is better because he loves me.

Every day is better than the last.
In short, I couldn't have chosen a better man to walk beside me through life. He's just the man for me.

How do you celebrate anniversaries?

PS: I do have some running updates to post, but who knows if I'll have time before I head to Minnesota?! There's a chance I'll be gone from the blog for about a week. Remember to follow me on Instagram for mini-updates between posts!
Posted by Ali K.