I spent this weekend in the great outdoors! Matt and his race team signed up for a 10-mile SUP race near a campground in St. Pete, so we spent the weekend camping and at the beach. (I didn't have internet access all weekend, so I'm sadly behind on your blogs! I'll be catching up this week.)

I was diligent about applying SPF 50 but I still ended up with an interesting burn pattern. I was able to keep my run-streak going, and it was nice to run somewhere new!
Saturday we went to the beach so Ben and Matt could check out the conditions. The weather all weekend called for strong winds; Kendall and I got some sun while they tested the waters (literally). Then, we returned to the campground to play some games and clean up for our evening out.
We caught a Rays vs. Yankees game Saturday night...it was my first game of the season and it was downright dreadful. But Ben said he overheard someone recognize my All-Star jersey/me, so that was pretty cool. 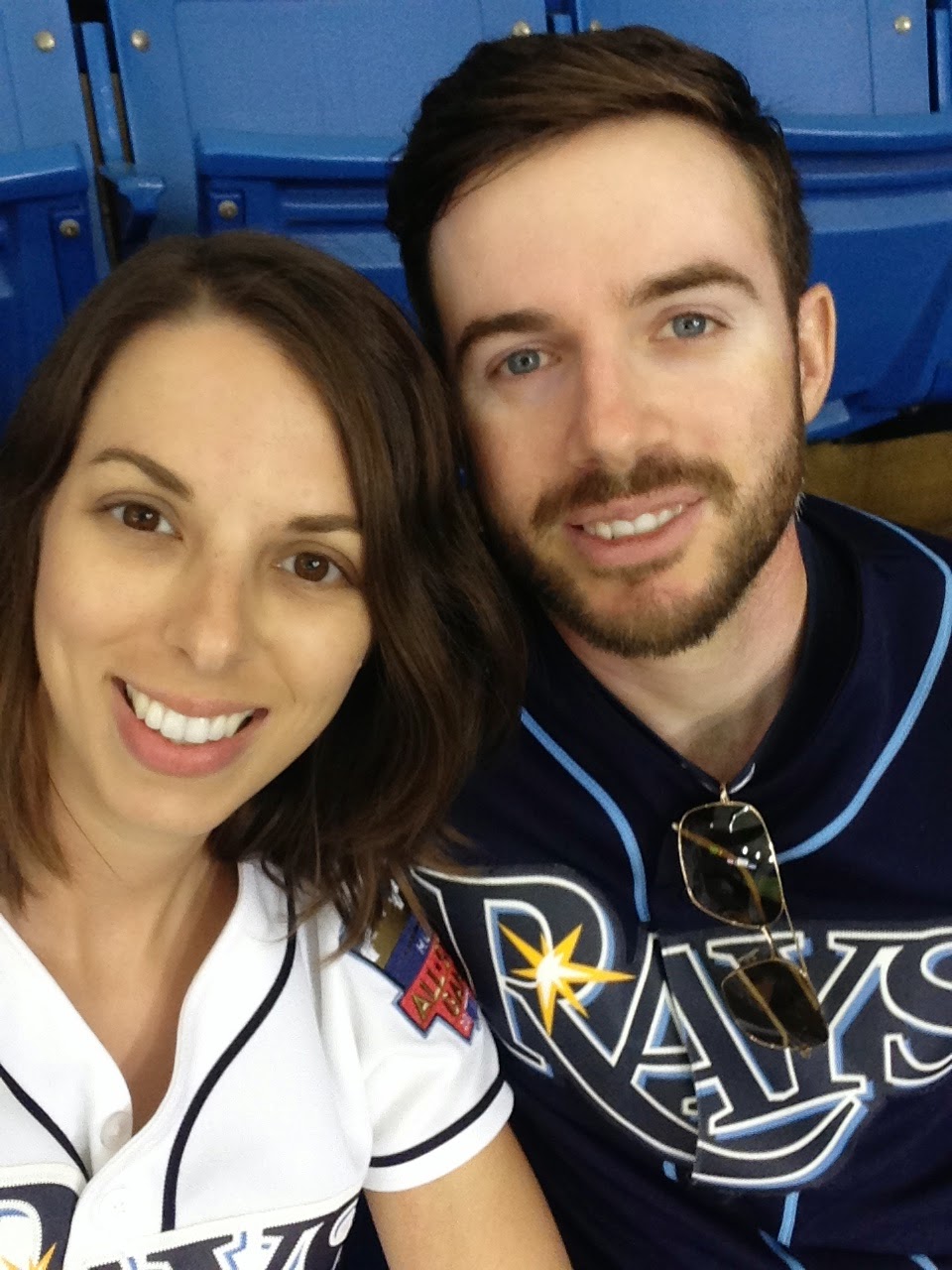 Sunday was race day for the boys! Kendall and I set up canopies on the beach and settled in for our 2+ hours of spectating. An hour so later, the wind had picked up so much that our canopy blew over! We had to pack it up and ended up spending another day in the sun.

The conditions were brutal. High winds over the water meant huge waves throughout the entire course.
Obviously, those waves were rough on the racers. Matt finished 7th in his division; dozens of people dropped out mid-race. At one point I was worried the rough waters would be too dangerous; I've never felt so relieved to see him coming into the finish!
This was the first time we've camped in ages. I loved not having to worry about contacts and glasses the entire time. We had a blast, but we were definitely super busy; next time I'll want to relax more.

After we got home Sunday evening, I fit in a speedy 2-miler. Matt was walking on the golf course to stretch out his muscles after the long drive home and got a couple pictures of me as I finished up.
So, the streak is going strong! Today's run will be the halfway point and I'm feeling great: motivated, strong, and actually enjoying myself. I'm glad I had the chance to run during an inconvenient time (camping) because it helped reaffirm my dedication; I feel like the streak is working.

Are you a fan of camping?
Do you prefer the beach or the woods?