I'm so excited to begin incorporating long runs back into my schedule! During my streak, I purposely avoided running long. I just wasn't really in the mood or mindset for it. But now, I'm building my base! It's time to start working some longer miles into my weekly routine.

I don't know about you guys, but when I take some time off running long, I get kind of nervous for the first LSD. It's like I'm worried I've forgotten how.

This weekend, my "long" run was going to be an easy six miles. (Okay, this distance used to be a legitimate LSD for me! I probably shouldn't put long in quotes...) I have plenty of time to get back into double-digits, and for now I just want to get used to the feeling of adding a couple miles to my weekly runs.

Another reason this was such a good weekend to start running long again? A freak cold front! I was seriously elated to see this break in temperatures, and I'll be taking full advantage of it until it disappears. 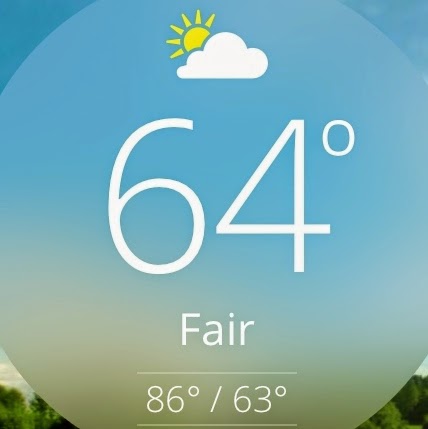 The night before, I laid out my outfit so getting up early would be easier. When my alarm went off, I was once more super-grateful for LASIK.
I don't always eat breakfast before a morning run, but I was starving when I woke up, so I had my usual. I also checked the weather obsessively to make sure it was still going to be cool. It was!
I got dressed, drove to the park, went through my usual routine, cued up a podcast, and headed out.

I kept my pace conservative; I haven't run six miles since the pain-fest that was Shark's Tooth, but my legs felt really good and strong. The weather helped. My splits were super consistent and I just felt good the entire time.

At the halfway point, I decided I didn't want my Gu, probably because I'd already had breakfast.

I tried for a fast finish today, too. Around 4.5 miles, my legs were like, Wait, we're not done? I was glad I decided to cap the distance at six. 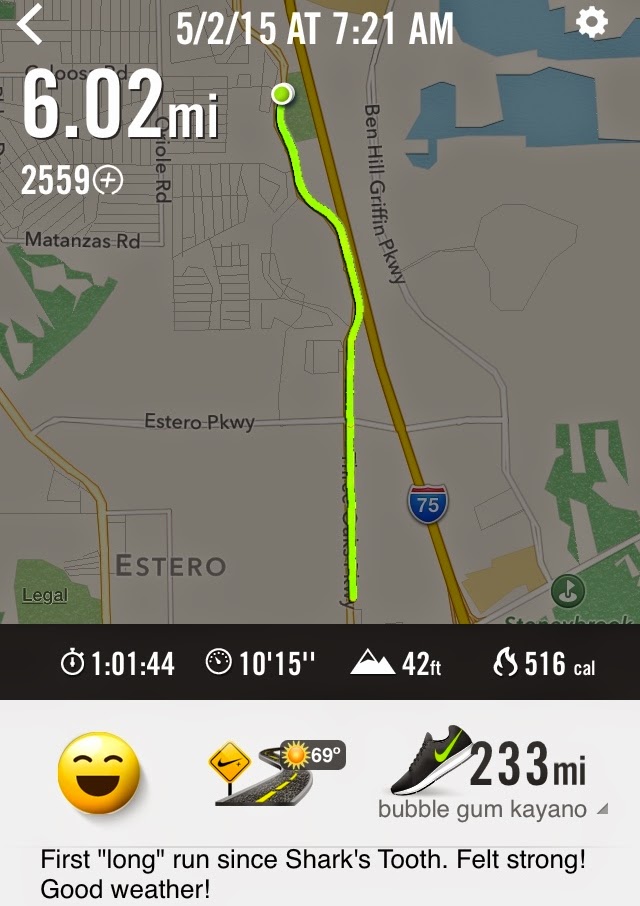 After the run, I showered and took a leisurely nap...it's the best part of running long on the weekends! After nap-time, I had second-breakfast (like the Hobbit I am).
Overall, it was a great run and such a nice way to get used to the whole routine of long runs on the weekends!

Are you including long runs in your schedule?
What's your long run routine like?