One of my major causes of stress over the past couple weeks has been my car. The Prius served me well but as the odometer ticked over 100k miles, I knew it was time to move on.

Selling a car is a total hassle, and I ended up being without one for about a week. Luckily, Elizabeth lives so close that she was willing to drive me to school while I needed a ride.

Anyway, the Prius is sold now, and I miss it - and my awesome stickers - but it's been replaced by a lovely younger lady. (Isn't that always the way?)
Meet Lola!
I know, I know...Matt and I both have Minis now and that makes us that weird matchy-matchy couple, but we have our reasons!
Matt is a car fanatic, so he was particular about finding a car that wouldn't depreciate in value too much over the years, would be good on gas, and would be fun to drive. We also wanted a hatchback. The new car is for me, so obviously I got the final say, but it's hard to argue with a baby blue Mini!

In other news, since I posted about my improved eating habits (I've been true to my healthier-food lifestyle for two full weeks now!), I wanted to share a couple recipes. These are actually more for myself so I can find them again when I need them, but maybe they'll work for someone else, too.

Here's the first of a couple I think I'll share over the next few weeks: 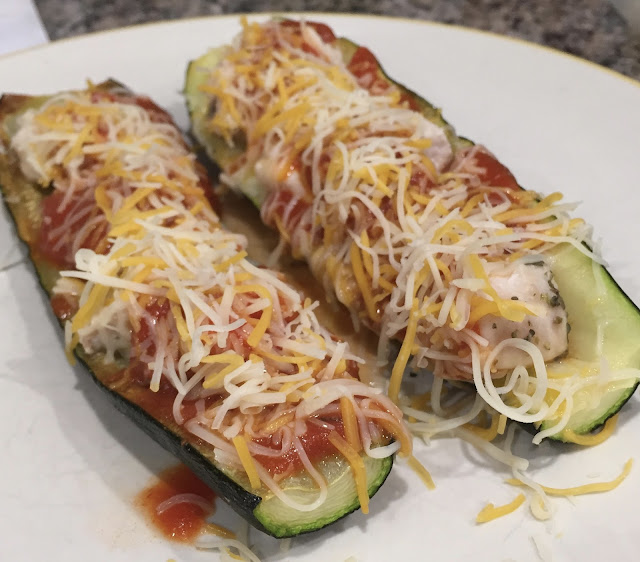 Zucchini canoes...or something. Full disclosure: I saw a photo of this on Pinterest and based my recipe on that one, but I have no idea if I made mine similarly because I didn't actually read the recipe because I hate being forced to sign in to Pinterest to see the pins. It's a principle thing. 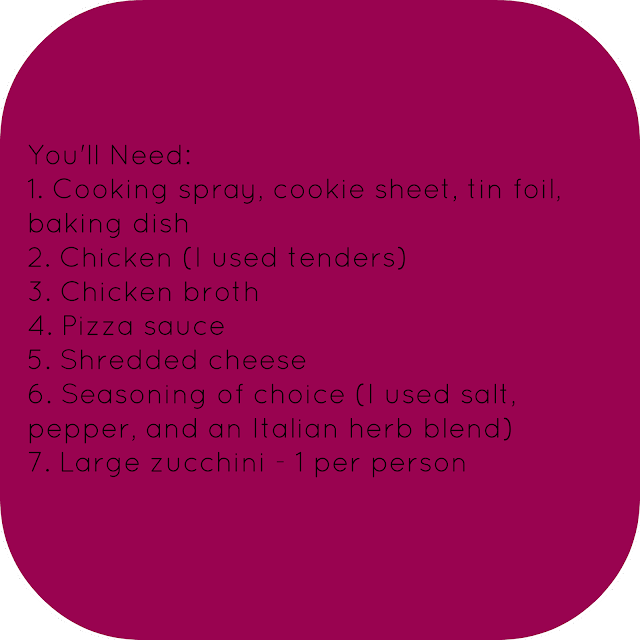 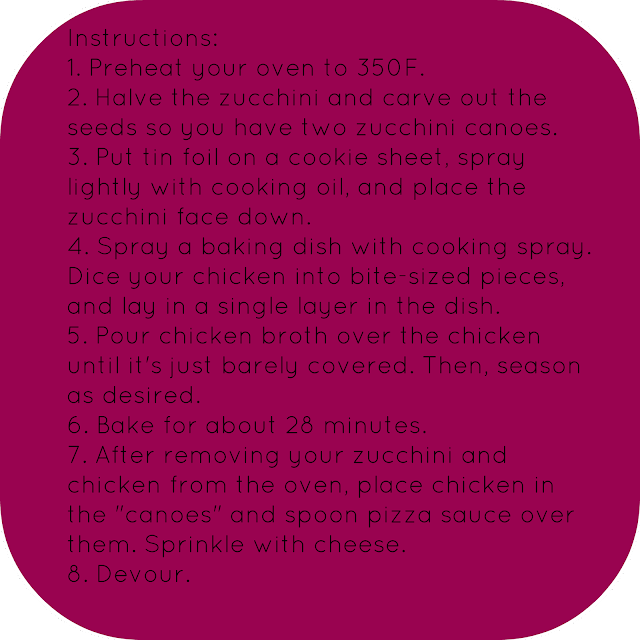 These were seriously tasty, healthy, and cost-effective! Honestly, I could probably eat three or four "canoes" but I only had one zucchini on hand while I was experimenting. Next time I'll know better.

I was really bored of chicken for awhile there, but I rediscovered my love for it when I started baking it with broth. It keeps it really juicy and tender, so I don't have to struggle to get it down. Who knew?

What are you driving right now?
Do you name your cars? I never have before, but the minute we bought Lola and I got behind the wheel, I just felt the name come to me! Her doggy counterpart must have inspired me!
Share a recipe you've been loving lately!