Remember back in January when I decided 2016 would be the year of simplicity, shorter distances, and speed work? Well, I've finally found my groove. It only took four months! To be fair, running the full in February did kind of throw off my original plans, so I'm not feeling bad about finally finding my stride in late April.

Monday: Two Nike Training Club workouts for a total of 20 minutes of ab/core work. I was proud of this workout because Monday was a total cluster - it was the day we sold the Prius and had to go to the bank and the DMV directly after school, so I was starving and exhausted when we got home after 6pm - and I had to do my workout without a buddy. Despite the craziness, I got it done! 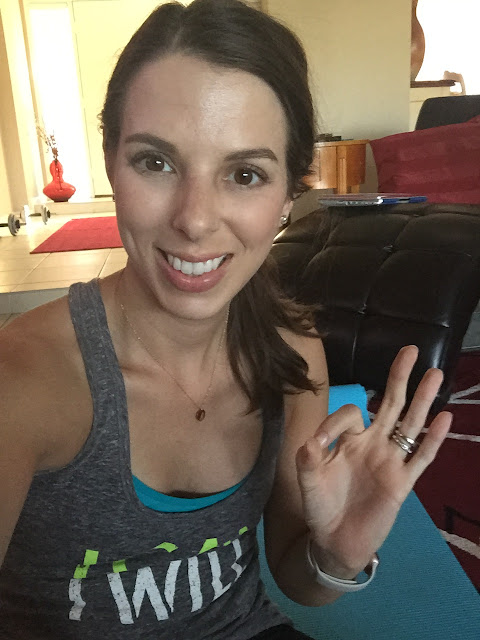 Tuesday: 8 x .33 repeats with upper body during recovery with Elizabeth. Eventually maybe we'll move to a real track and do more traditional mileage for this workout, but the circle is working well for us right now.
Wednesday: Game day at the Y courtesy of school (20 minutes of outdoor relay games, 20 minutes of Zumba, and 20 minutes of pilates) followed by T25 legs. OUCH.
Thursday: Rest.

Friday: 4.12 miles alone. I pushed the pace and definitely felt it in my inner thighs, which were still sore from Wednesday, and I ended up needing a couple walk breaks. I think I'm acclimating to the warmer temperatures, and I was fatigued because I'm starting my period, but overall this run felt good.
It felt nice to push it even though I couldn't hold the pace consistently. I'm enjoying my workouts feeling hard.

Saturday: Rest and Passover. I indulged during Seder, as is to be expected, but I didn't even feel a little bad about it. I know that food-guilt isn't healthy and having a day of indulgence after two weeks of balanced eating is totally fine. I was worried I'd feel bad, but I didn't!

Sunday: Somehow I managed to roll out of bed and go collect Elizabeth for our first "long" run in awhile. We did six miles at a nice steady pace and I enjoyed pushing the distance again. I'd like to get my Friday runs up to about six miles and my weekend runs around 8-10; I feel like I'm on track to get there pretty soon.
Also, on Sunday around mile 1.5 I needed a bathroom so we stopped by a church that has outdoor access to its bathrooms. The women's room was locked so I used the men's. And I just need to take a moment here to comment on how ridiculous it is that that would be considered illegal in certain places in the States these days.

Today I'm linking up with Erika, Marcia, and Patty for TOTR! 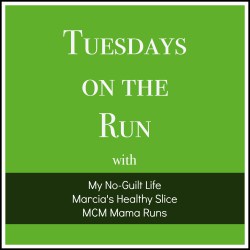 Email ThisBlogThis!Share to TwitterShare to FacebookShare to Pinterest
Labels: link up, totr, tuesdays on the run, weekly report