You may have seen pictures of these two ice cream substitutes floating around "fitness" Instagram accounts. I am definitely an ice cream binge-eater, and during summertime especially I can polish off a pint without much thought.

That can be a problem considering ice cream's not exactly a health food. Enter Wink Frozen Desserts and Arctic Zero Fit Frozen Desserts. Both of these brands boast lower fat content, lower sugar, and higher protein than regular ice cream. I honestly don't care about GMOs or any of the other "allergen free" stuff, although it's nice to see so many gluten free options. 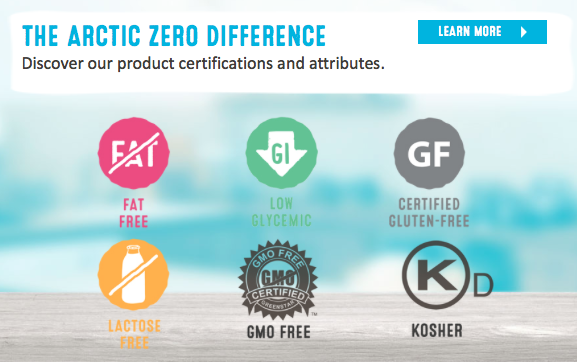 I was intrigued, so I bought myself some Wink first. Due to cost of shipping, you have to buy at least four flavors at a time. (If you buy six, they ship for free.) All of Wink's flavors are gluten free so I had a lot to choose from. They arrived packed in dry ice and perfectly frozen. 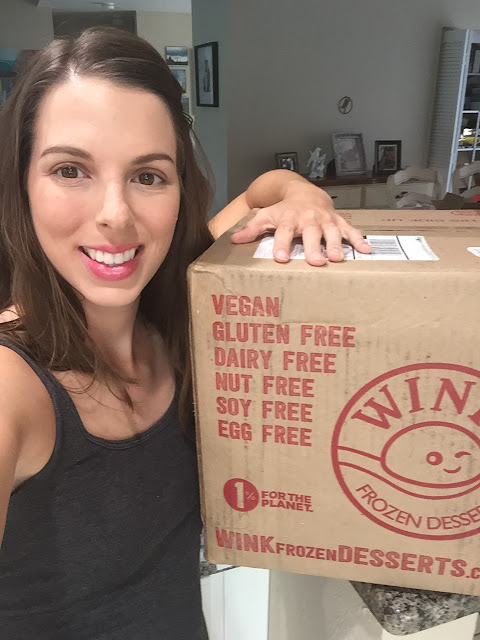 My first impression was kind of a let down. The desserts are definitely not ice cream. They're closer to a granita or Italian ice...very icy and brittle. The flavors aren't as strong as traditional ice cream, and there was a definitely protein aftertaste I didn't quite like.
I did find that by allowing them to thaw a little (about 10 minutes) before eating, the texture and flavor improves, but that aftertaste is just a deal breaker for me. Matt doesn't notice it, though! I've always been sensitive to protein-powdery flavors.

The bottom line here: I could totally dig the texture if the flavors were stronger and the aftertaste wasn't an issue.

A fellow runner had posted about her Arctic Zero experience on Instagram, so I commented asking if they were creamy because Wink had disappointed me. The next day, Arctic Zero emailed me offering a free "care package" so I could try their desserts. Of course I said yes and requested all gluten free flavors, because unlike Wink, some of theirs include cookie and brownie pieces. 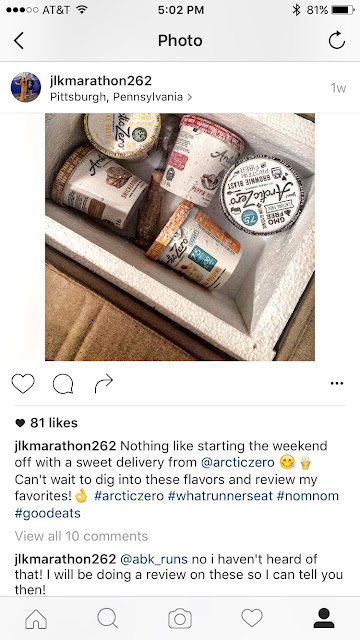 AZ arrived overnight, came adorably packaged, and included an ice cream scooper! Because they were already a bit thawed from their trip (their dry ice hadn't held up quite as well as Wink's), I dove right in to the taste test.
First of all, AZ sent five flavors and two aren't gluten free, so I was disappointed not to be able to try those. But I was very pleased with the flavors I could eat. They're definitely creamier than Wink and do not have a weird protein taste at all.
Their flavors are again...lighter...than ice cream, but more enjoyable and cleaner tasting than Wink. Because it's best to eat them well-thawed, I found that once I scooped them into a bowl, they melted fairly quickly. 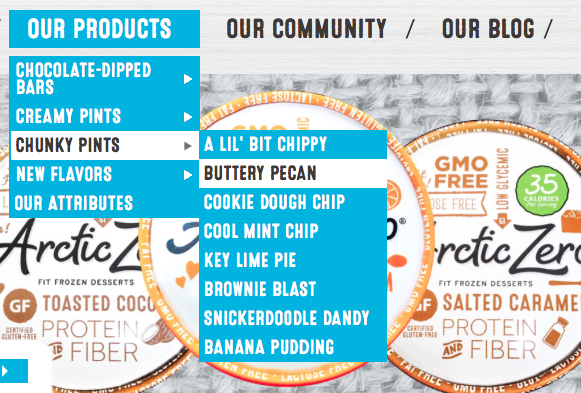 The verdict: Arctic Zero is a nice alternative to ice cream if you don't want to derail your healthy eating. It's not ice cream, but it's a nice sorbet-like treat. Wink is alright if you don't mind that protein-mix taste that sometimes hangs around after certain protein bars and smoothies.

One final note: You can purchase both of these brands in some stores, but they're not easy to find. I was able to find the Vanilla Maple Arctic Zero at a local Publix and bought it myself before I was offered the care package.

There's one last brand along these lines that I'd like to try called Halo Top, but I think I'll eat what's in my freezer before I test it out!

Arctic Zero sent me a care package of these flavors free of charge. I purchased the Vanilla Maple flavor and all Wink flavors on my own. All opinions are my own.

Have you tried any of these frozen desserts?
What's your favorite summertime dessert?
Are you ice cream/FROYO obsessed?