Monday: Because we didn't have work on Memorial Day, Elizabeth emailed me early in the morning to let me know which ab workouts she had done. I was going to do a Runner's World workout, but these seemed harder!
I did the first video twice and the second video once. I have no idea how she barely breaks a sweat and is able to talk so normally throughout her videos! Give me 90 seconds and I'm panting so much I can't talk!

Tuesday: Elizabeth and I completed the bridge loop twice for a four-mile run. We were worried about rain so we parked closer to the bridge than the last time I did this run (hence the shorter distance), but it ended up just being muggy and sweltering with nary a drop of rain in sight. 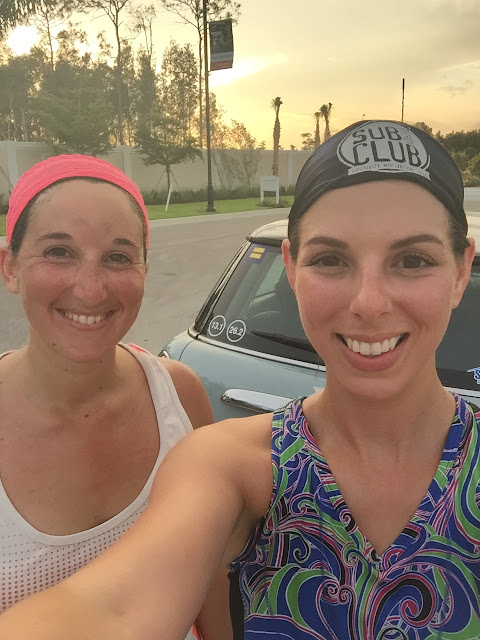 I didn't look at my paces at all. Even though this was speed work, I concentrated more on effort because of the heat. (We had to run earlier so I could go home and pack for DC.)

Wednesday & Thursday: These were technically "rest" days. I was up at 4am to meet the kids at the airport for our trip to DC. I knew I wouldn't have any time for workouts on Wednesday, and Thursday ended up being a long day too. I did get quite a few walking miles in, though. We were all over the city and did Arlington on Wednesday, so I'm counting that as hill work! 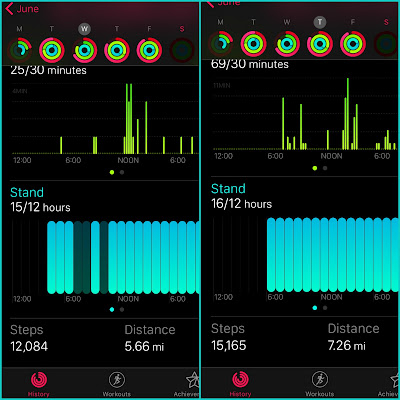 Friday: At 2:30am the fire alarm in the hotel went off and we had to get evacuate all the kids and wait for the all-clear from the fire department. (It was a small fire in the staff lounge, from what I gathered. I was relieved when I smelled smoke because I knew it was legit and none of the kids had just pulled the alarm as a joke!)

Still, three hours later I was up for a short run on the hotel treadmill. I only had time for 25 minutes, but I made the most of it, increasing the pace every five minutes or so and finishing at a sprint.
Sunday: I was so exhausted on Saturday, I pushed our "long run" to Sunday night and opted to just do an hour run/6 miles. Of course, once we got out there, I realized just how tired I was. My legs felt heavy and I was having a hard time keeping a solid pace; the humidity was taking a lot out of me. Was it the stairs, hills, and constant walking of DC? Was it that I was still sleep deprived? All I know is that this run was a struggle-fest, and we ended up cutting the run a little short, but at least we got out there!
I have five more days of school-with-students. I know this week is going to be nuts; I've got my blinders on and I'm ready to power through and finish this year on a great note!