You all know I've been training for this 10k in October. It's my goal race for the season in the sense that my year of short/speed is coming to an end and it will probably be the last race I run in 2016.

Well, that was the plan anyway. But two races kind of snuck up on me this week and I couldn't say no!
The first surprise race is a nighttime 5k this Friday. As in, three days from now. The race is a bit of a drive for us, but I'm excited for it because 1) Sean (remember him?) loves it and swears it's great 2) the after-party/dinner is supposed to be fantastic (even though I won't be able to partake), and 3) this year is the race's 5th anniversary so there's a finisher's medal! 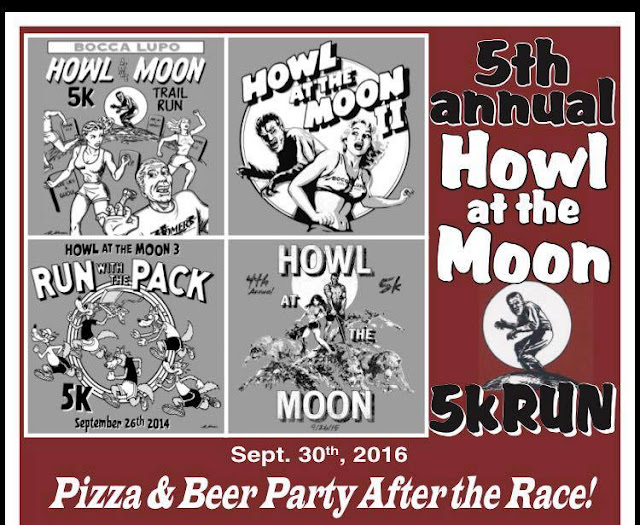 I plan to run it HARD and see if I've kept up my fitness from May's 5k; if I can keep paces in the 8:40s again I'll be totally surprised and stoked, but that's kind of my goal/hope.

The second race is after the 10k. The other CRT (whose office I share) and one of our 5th grade teachers have been talking about training for their first 5k. They've been excited to run it but I can tell they're also a little nervous. This week, they jokingly challenged me to join them, and I immediately agreed.

They hadn't signed up yet, even though they've been training since summer, and I had the feeling they might chicken out, so I signed up and forced their hands.

First races are a big deal and I know they can either hook you and make you love running, or they can kind of scare you off for awhile. I want this to be a good experience for them, so I plan to run it at an easy and fun pace (because it's a themed race and I'm not sure if it's worth busting my butt over, but we'll see how I feel!) and meet them at the end with big cheers and smiles.

I want Elizabeth to run either race with me, but I really wish she could run the first. She's never run a a race before, and it would give her a race experience before our 10k (she's not sure how she'll be in a race atmosphere, understandably!) and because there's a finisher's medal, I think it would really make her feel excited and accomplished. Either way, I'm still (gently) working on her to join!
I've missed running 5ks; I can't justify running a race every weekend like I used to, but I'm really glad these two races popped up on my radar so I can fit in a few more before 2016 draws to a close.

Do you have any last-minute races coming up?
If you're a more discerning racer, how do you decide if you're going to participate in a race?

Today I linked up with Erika @ MCM Mama Runs for Tuesdays on the Run!
Posted by Ali K.