Sorry if This Gets Controversial

I have some really random things on my mind right now! First of all, I'm thinking about Hurricane Matthew.

It's supposed to be a big one, and it's not on my side of the state, but who knows where it's heading? I'm currently (as of Wednesday afternoon) trying to convince my sister to evacuate and come to my coast, and I'm also waiting to hear if school will be canceled on account of high winds.
(Apparently buses can't run if the winds are over 40mph.)

On another note, I got my hands on some Pumpkin Spice Cheerios finally! I like to mix my flavored Cheerios with the regular kind so they're not too sweet. The PS were good, but they really reminded me of the apple cinnamon flavor with less cinnamon. They weren't anything really new. 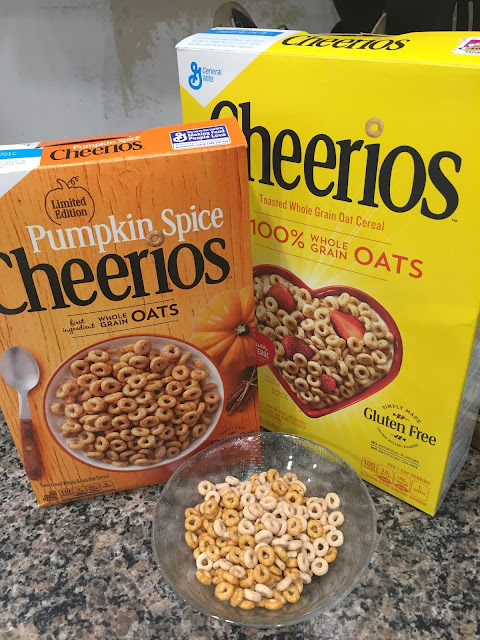 Oh, here's a fun little thing I want to share...I got to meet Joe Biden on Monday! He was speaking in Sarasota so, despite having driven up and back already Friday and Saturday, I drove up again and met Britt, and we went together! After standing in line for about 90 minutes and then waiting in the auditorium (we almost didn't get in!) for over an hour, he, Bill Nelson, and mayor Fredd Atkins arrived. Biden's speech was invigorating, funny, poignant, and earnest. Basically I love him and he was everything I dreamed!
Britt and I can be seen in the background of this video. I give the newscaster quite the look at one point. (She's in the striped shirt and cap and I'm wearing my white Gay Pride Hillary tank top.)

After the event he shook hands with the crowd, and I shook his hand and looked him in the eye and said, "I met your wife at the All Star Game!" and he smiled back his beatific smile and replied, "You met the best part of my family!"
I wasn't able to get a selfie with him, unfortunately. Hearing him speak live was still such a rewarding experience, even if rallies make me uncomfortable. I love the Bidens!

The last thing on my mind today is about religion. Fair warning, this may get a little controversial...I honestly don't mean to be offensive here - I'm just thinking through my personal bias and thought process.

Driving home from work I passed a van for an electrician that was named ABC ("Abiding by and Believing in Christ Jesus"). Their tagline was "Available 24 Hours, just like Him", which I thought was clever.

Now, the Christians I know and associate with are honest, friendly, dependable, and loyal. Those are traits that would make a great electrician! And if that's how this guy runs his business, then I think that's a really great example of displaying Christian values in all parts of his life.
But the truth is, I have this lingering mistrust of Christian businesses because I worry they'll take the money they make and put it toward causes and campaigns I completely disagree with. I wonder if businesses that are overtly religious or political lose a lot of customers.

FYI, I feel the same way about company trucks with political bumper stickers and the like. I just feel like it's not a smart move to alienate potential customers...but I guess if they believe that strongly, then that's their prerogative, but it still makes me really uncomfortable.
How's that for deep (and random) thoughts this Thursday?

Have you attended any political rallies before?
Have you ever met a celebrity?
What do you think of overtly religious/political businesses?