I Built a Bed!

Matt's dad and Tammy bought themselves a new furniture set and offered to give us their old one. I was really excited because we don't have any matching bedroom furniture. (I should have taken a "before" photo of our bedroom but forgot. Bad blogger move!)

The only problem was that the bed frame was built for a boxspring to sit in, and with our new foam mattress, we didn't want a boxspring. We wanted a platform.

So, we made one. (We actually made a slat platform because it allows for more airflow, which is better for the mattress and for keeping cool at night.)
First, we assembled the frame and measured the length and width; we did some math to figure out how many slats we'd need and how long they had to be, then headed to Lowe's to pick them up. We chose yellow pine wood, which I read was sturdy and perfect for platform beds, and had them cut to size.

While Matt worked on changing out the light switch which would be hidden by the headboard (we made it a smart-switch so we don't have to reach it anymore), I laid the slats down and measured them to 3.5 inches apart. Tuft & Needle recommends 3-4 inches of space between planks, so that's what we went with. 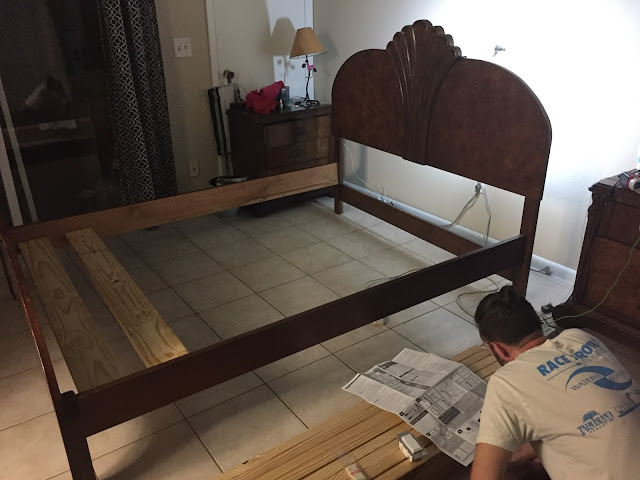 After laying all the planks, it was time to drill! Matt made the drill holes and then I drilled in the screws. 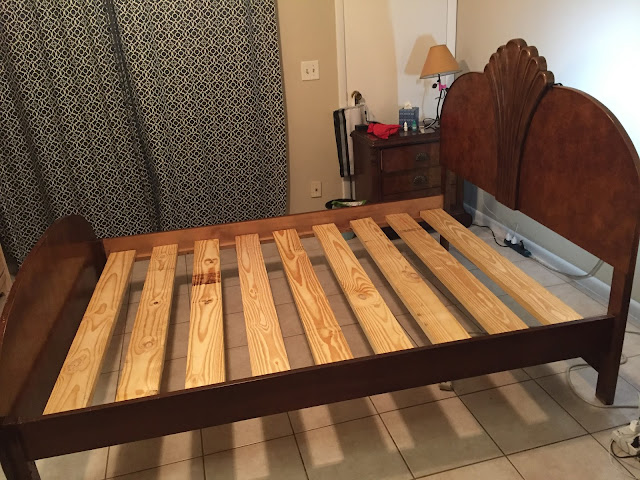 I felt pretty dang proud once we were done! 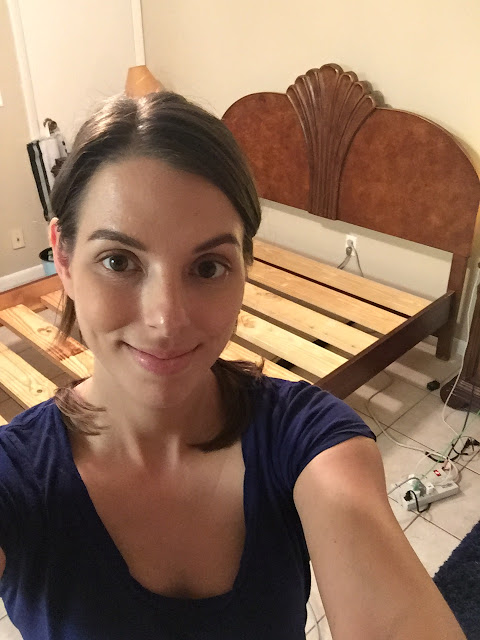 We lifted the mattress back on and made up the bed. All told, including dismantling the old bed frame and moving it, the trip to Lowe's etc, we spent about six hours working on it!
The bed is lower to the ground now, which I like, and it's super sturdy. No more sliding around on a wheeled frame! The best part is that now that our squeaky boxspring is a thing of the past, the bed is totally silent. It's a million times nicer to sleep in now!

We moved the old boxspring and frame into the guest room, so we officially have real beds in both guest rooms - no more inflatables! I feel like we're real adults! 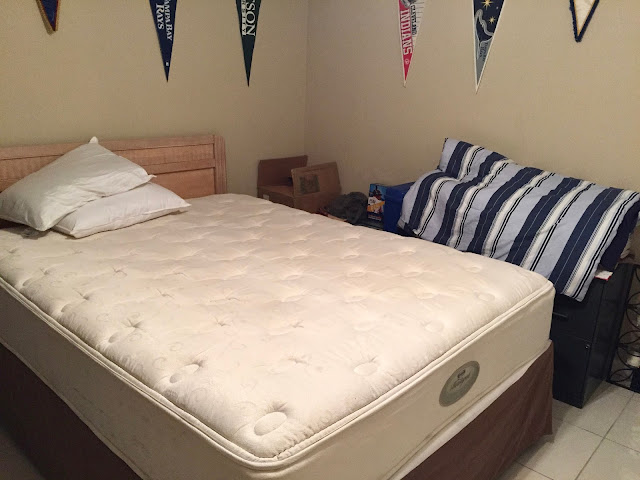 This really wasn't a bad way to spend a Sunday. I felt accomplished and exhausted afterward...which was perfect, because I had a brand new bed to sleep in!

PS: You guys are so awesome for all your advice on getting used to my Garmin! I'm combing through the comments and trying out some new things!

Have you done any DIY projects lately?
What does your bedroom set look like?
When was the last time you got new furniture?