Because our trip to the PNW was so long, we decided to make a side-trip to Vancouver. I have never been to Canada before, and Matt hadn't been since he was a baby. His mom was born and raised in Montreal, so through a weird little citizenship rule, Matt and his brother actually have Canadian citizenship! They just need to claim it.

On the morning of July 8, we packed up and drove out for coffee and pastries. Did I mention in my last post that the PNW is amazing for those of us with celiac? Even small coffee shops and restaurants have GF options. I had a raspberry muffin with my coffee and it was fantastic.

We drove about 2.5 hours to the Canadian border. We didn't have any paperwork besides our passports, so we were a little nervous that we were missing something, but other than being asked the usual questions (Why are you here? Where are you staying? Where are you from?) we didn't have a hold up. We continued straight to our Airbnb, an old heritage house apartment/loft. It was very quaint and pretty convenient.
Robby, his parents, and Scott's mom and aunt were also along on this trip, so we had some time to kill before we met up with them. Matt and I had lunch at White Spot, then walked around Stanley Park. Have I mentioned that being able to spend huge amounts of time outside without dying of heat stroke is amazing?
Finally, we went out to meet everyone at the Capilano Suspension Bridges. I had really been looking forward to this! The bridges weave through ancient trees and across ravines. There's a lot of history there and you can learn about the various plants, but I honestly didn't pay much attention. I was just there to be entertained! 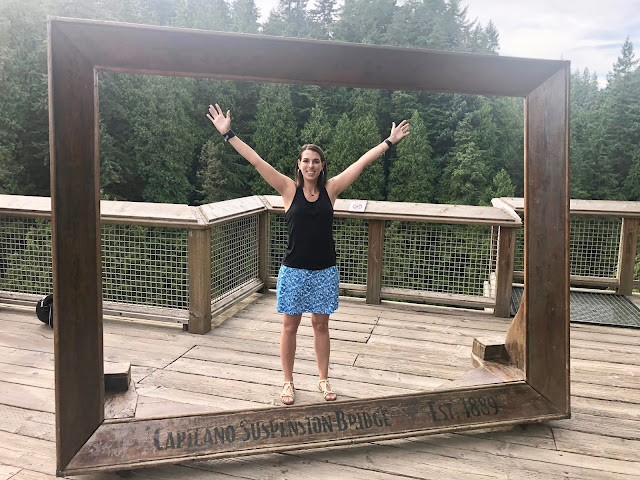 Robby and I spent a lot of time catching up on last-minute wedding drama, discussing his vows, issues with suits and dresses, etc. 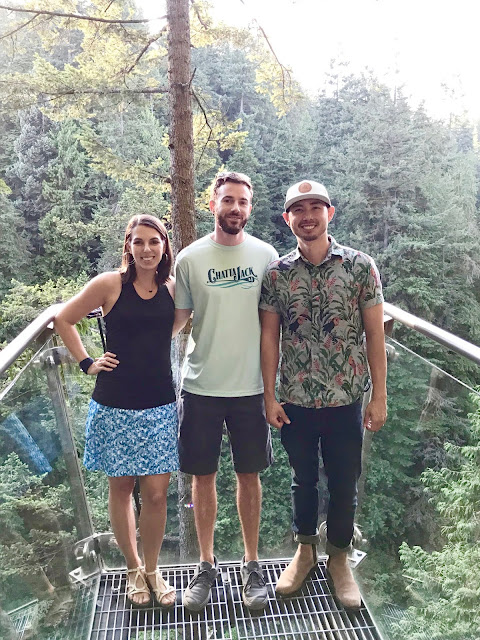 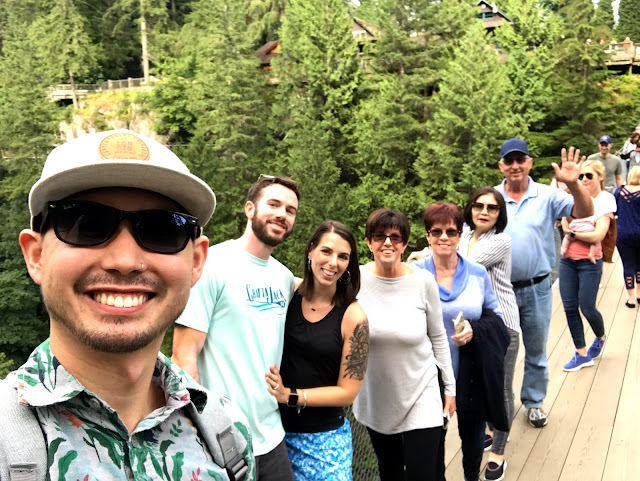 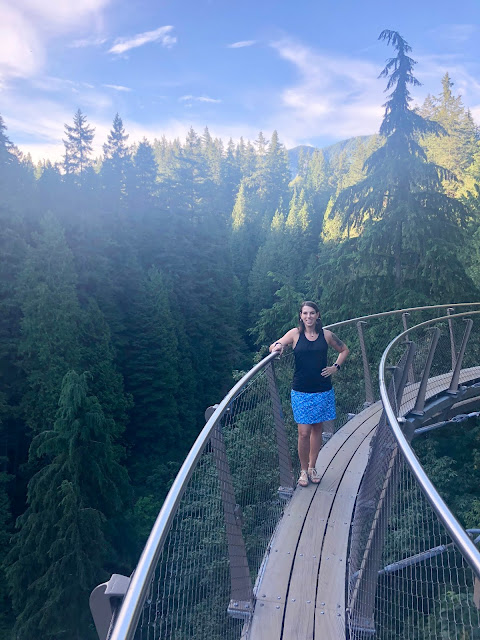 After exhausting ourselves on the bridges, we went out to dinner at Fanny Bay Oysters. This was a mistake - the food was absolutely phenomenal but it was truly haute cuisine. My scallops and pork belly consisted of literally four bites of food. Afterward, Matt and I hit up a grocery store so we could have some food for breakfast the remainder of our trip.
The next day we got to sleep in a bit before heading back to Stanley Park. I really wanted to run it after exploring it the day before. Matt and I decided to run around the seawall. I was concerned about hills, but because the seawall is fairly flat (and paved), this turned out to be perfect. We had gorgeous views during the entire four-mile run, my legs and lungs felt amazing in the cool weather, and we finished in plenty of time to meet everyone else for our bike ride. 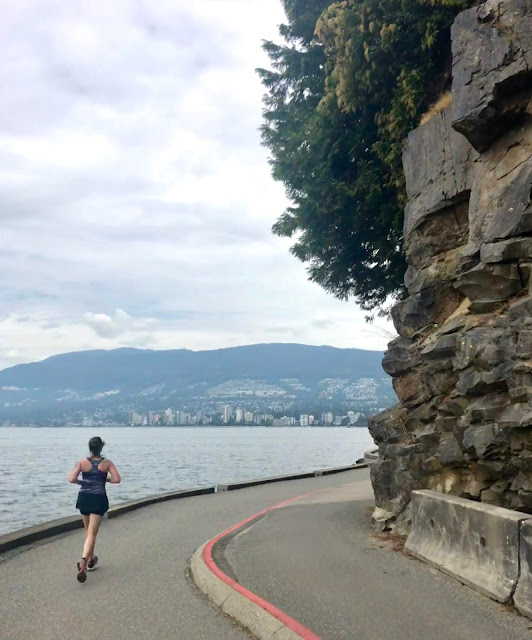 We joined Robby and his parents on a seven mile ride around the entire park, pausing every once in awhile to enjoy the view. I don't really love riding bikes but it was a great way to sightsee. 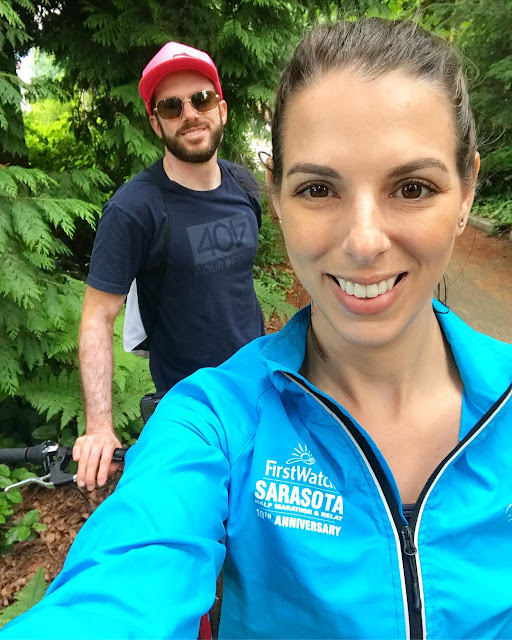 We met Matt's mom and aunt after the ride and we all went to lunch at La Catrina Tacos. Afterward, I really needed a nap. Matt and I returned "home" for a little while before deciding we had to try some local ice cream. 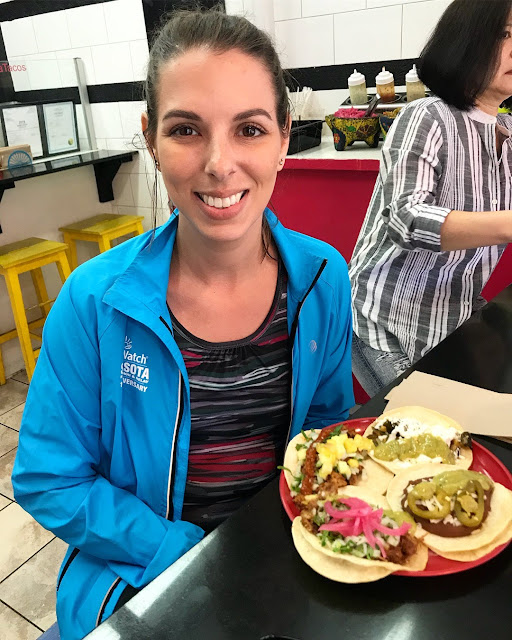 Once more, we met everyone at Earnest Ice Cream for dessert. They (like most businesses in the PNW) are very concerned with sustainability. It was so cool to see that they have to-go pints in glass jars, so they can be returned and reused. I had scoops of whiskey hazelnut and espresso chip ice cream with a drizzle of hot fudge, and Matt tried an affogato with salted caramel ice cream. 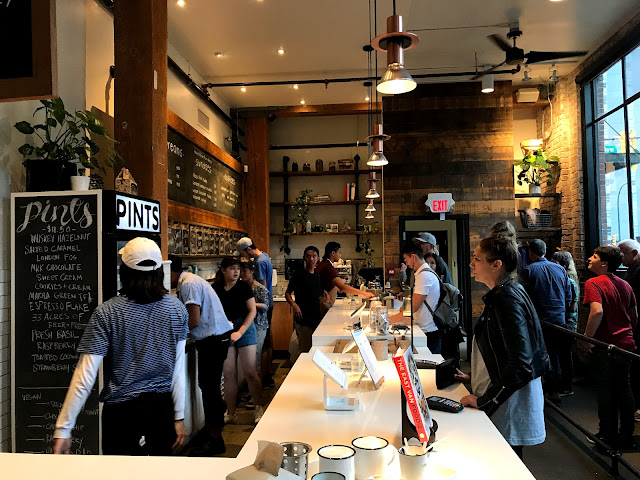 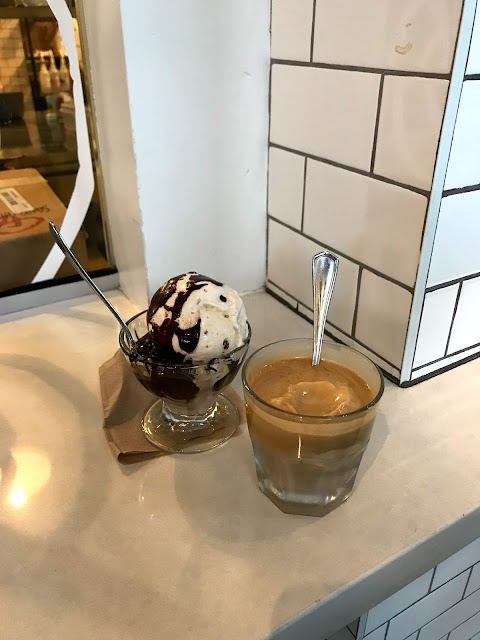 It was our last night in Vancouver and I really wanted to see Gastown, so while the parents went back to their place for the night, we took Robby out with us. The night was chilly and a little rainy, but I'm glad we made the trip. Gastown is what I expected all of Vancouver to look like!

Of course we saw the steam-powered clock and walked along the streets a bit. We stopped for a drink and dinner at Steam Works Brewing Co before calling it a night. 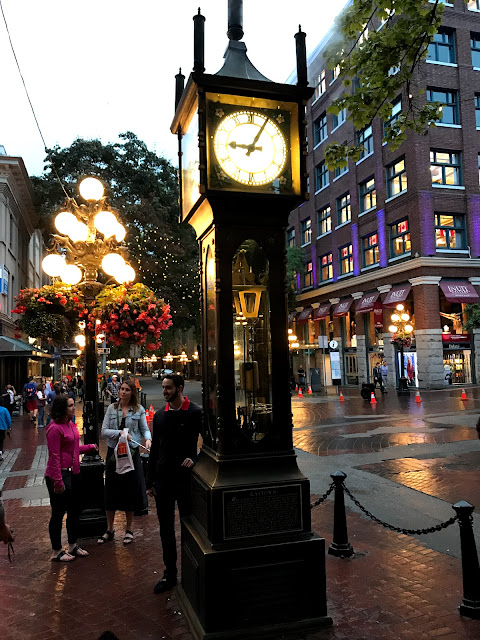 Our last day in Vancouver was Matt's and my 8th anniversary. We originally were going to leave early and check some more stuff off our Seattle list, but instead we took a detour to check out the suburbs of the city (in case we considered moving there in the future) and the Lynn Canyon Park suspension bridges. 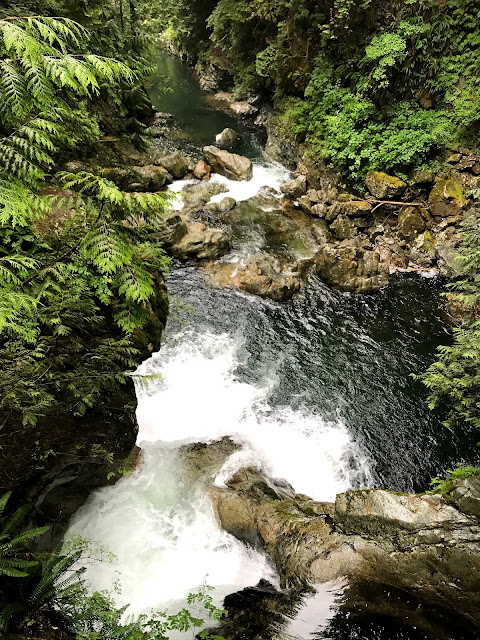 This was an easy little hike in gorgeously cool, misty weather. After some strenuous exercise the day before, it was really nice to stretch our legs and see some waterfalls. 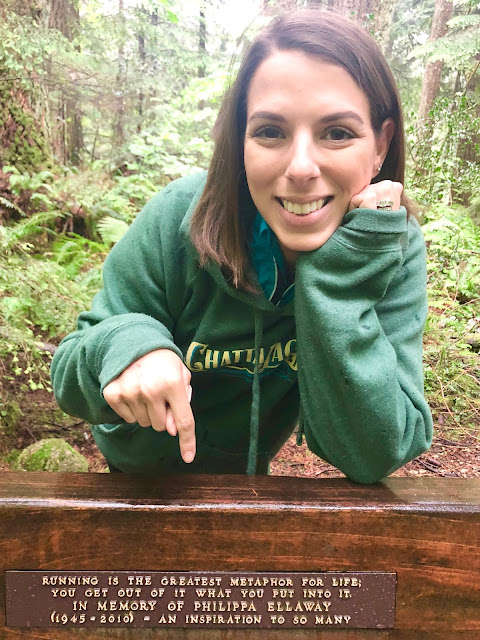 I am so glad we took the time to make a trip to Vancouver while we were on the west coast. It's the first time I ever ran in a foreign country! While I can see why people really love it there, I was much more enamored with Seattle/Washington in general...still, it's nice to know if we want to make a quick escape to our neighbor-to-the-north, Matt has his citizenship ready to go.