Back in June, or maybe even May, my friend, colleague, and fellow Skirt ambassador Michelle floated the idea of running a race together with our other friend, colleague, and Skirt ambassador Ashley. We thought it would be fun to all run together, because even though we work together, I've only gotten to run one race with them before. (Ashley and Michelle train together frequently and are currently training to run the Chicago marathon together.)

Anyway, I had this race in my head all summer, but I never signed up. Then, last week, I decided to bite the bullet and sign up before I chickened out. Both Michelle and Ashley signed up, too, so we were all set to meet before the race, run it, and have breakfast together after.

I had a banana, a tbsp of peanut butter, and a cup of strong black coffee about 90 minutes before the race, then made the half hour drive to the park. The race started at 7am; the weather was cool (mid-70s at the start) but the humidity was no joke (94%). Before the sun was up, though, it didn't feel too bad.

I had no goals for this race. I didn't even have a "I don't want to walk" or "I want to sub-30" goal. This race was literally just to help push me mentally further into the headspace I've recently been in, where real training and weekend runs are appealing to me again.

Based on my paces lately, I was surprised to find myself running in the 8:50s early on. I was sure I wouldn't be able to hold it long, but it felt really comfortable, so I just let my legs do their thing.

My legs continued to do their thing to mile 2, but my hair threw the first wrench in my wheel. It's at a weird length right now where I can get it into a bun and keep it there with the help of a lot of bobby pins, but it started to come down and was really distracting. I took a walk break to shove the pins back into place, but as you know...once you walk, it's hard to convince yourself to get going again. I started to realize how hot it was. By this point, the sun was fully up and I was running directly into it.
I managed to run another half mile before I decided to take another walk break. I kept it brief. I think my need for it was more mental than physical. I made the decision to run the rest of the race at a much easier and more sustainable pace, which ended up being around 9:30. I was able to finish the last sprint at a 7:52 pace.
I know some of you (ahem, Megan) like finishing videos, so here's the one from this race. I come into view around 10:04. 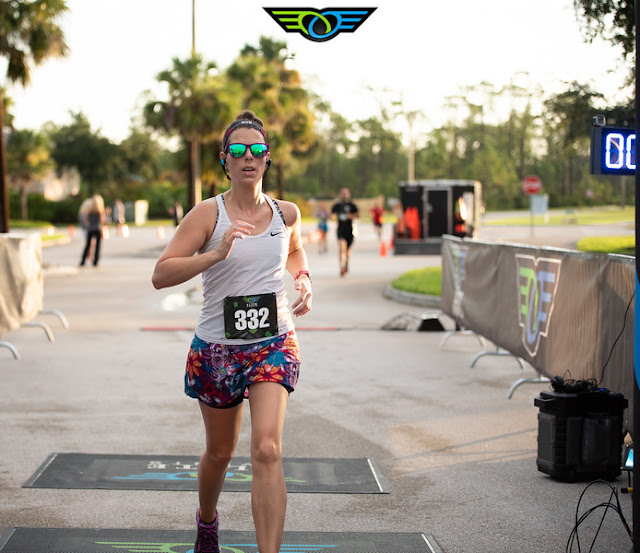 I caught some photos of Michelle and Ashley finishing, and then after waiting to check our times, we went to breakfast at Skillets. 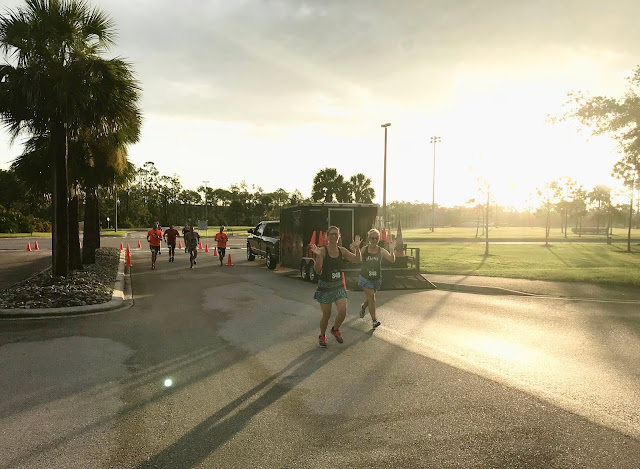 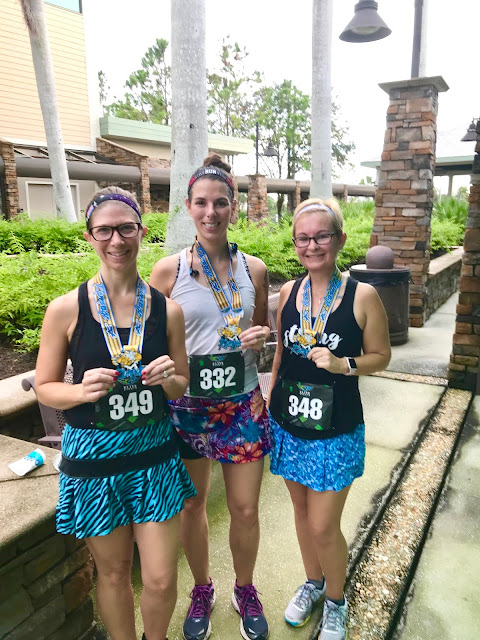 I haven't eaten there in years, but it used to be my go-to post-race breakfast place, and it was a great way to end the morning. 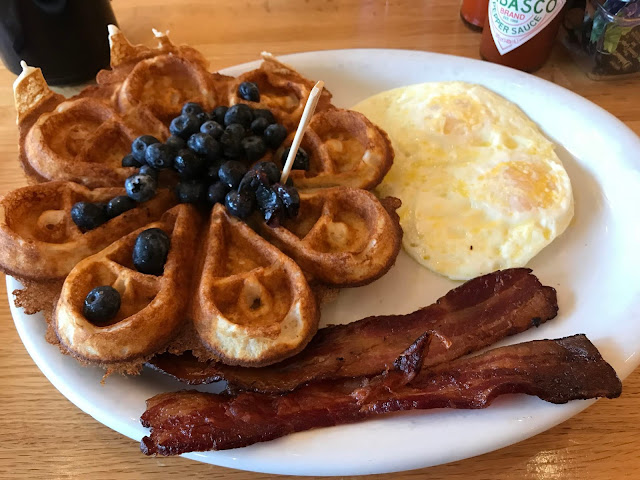 Considering I had no goals for the race, I am very happy with my performance. And I'm happy with the mental outcome: I definitely feel invigorated and excited to sign up for some more races. I told Elizabeth last week that I don't really care about collecting medals anymore, but the elation of crossing a finish line continues to be one of the best feelings in the world. 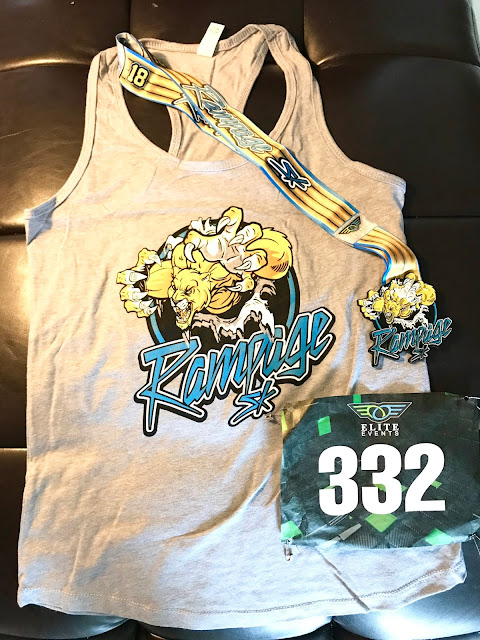