After Scott and Robby's ceremony, a few people came up to me to compliment my speech/poem. One of Robby's old colleagues suggested I put the poem online so other people could use it at weddings. Part of me preened to hear such high praise, but the socially-inept part of me just mumbled an awkward (but genuine) "thank you".

A third part of me - the writer, the artist - was torn between wanting to share the poem and wanting to avoid the possibility of someone else taking credit for it. In the end, the proud part won out, so I've posted the poem below. I really believe it's the kind of poem that's better heard than read, but I'm not about to record myself reciting it.

If you want to use it, please give credit where it's due. 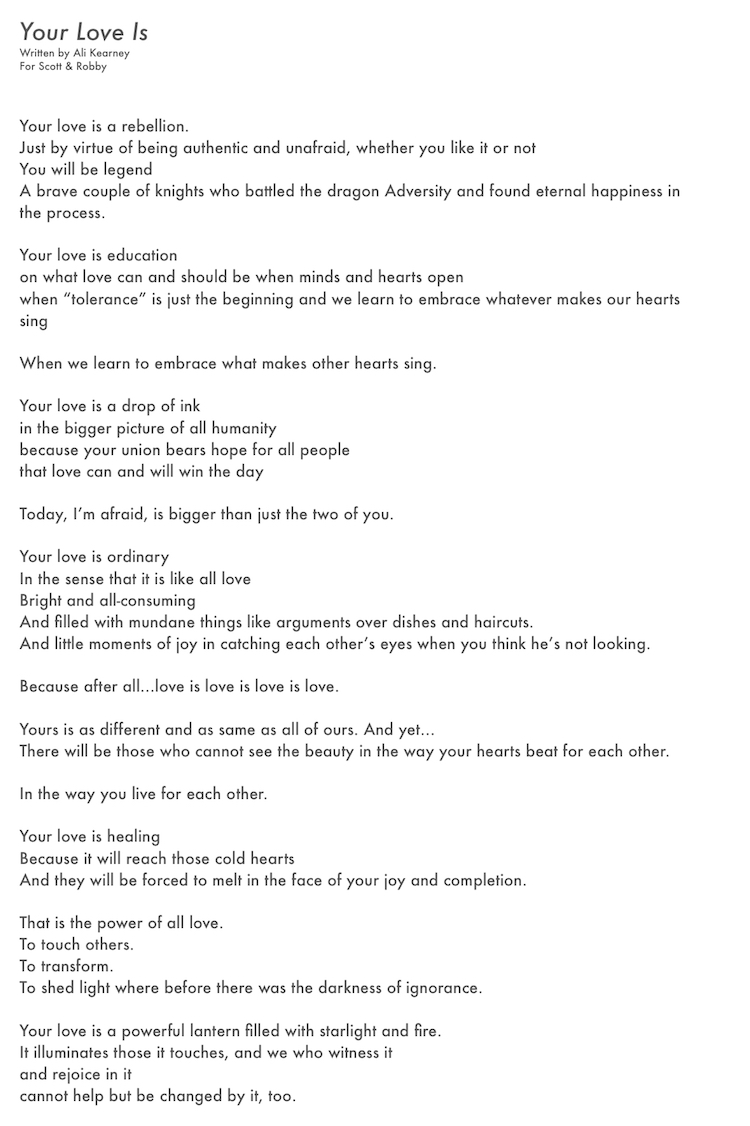 I spent a few months choosing a photo of the guys and formatting the poem (I think I printed more than a dozen drafts before I was happy with the final result) before framing it to send to them. They received it today in the mail. 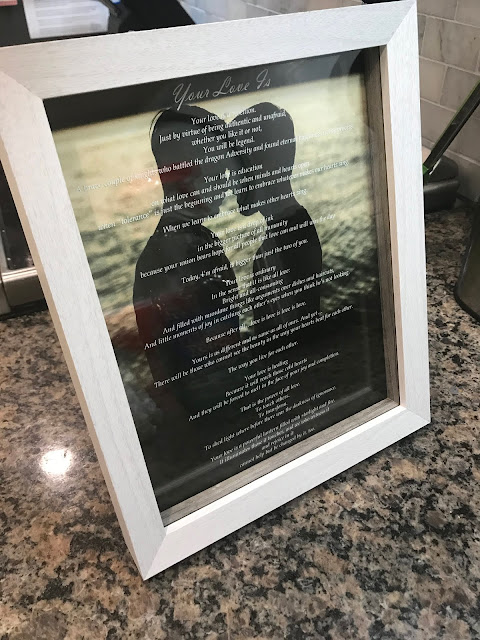 Being asked to speak at their wedding and being able to share these words, which I wrote for them specifically, was one of my proudest moments. I am happy to share them here, too, so that others can hear the message of love and perhaps share it with others.