A Year of Rediscovery

After I published my race recap on the A1A 5k in February 2018, I went to the My Races page here at HtGR and opened the chapter on 2018. I titled it The Year of the Comeback.

I wrote that annotation with fingers crossed; my stubborn optimism in putting it out to the universe was intentional. I really felt if I kept that title in my sights, then surely 2018 wouldn't fail me as 2017 had.

It seems to have worked.
This past year was truly a year of comebacks. It was a year of progress, growth, recovery, strength, and renewal. In many ways, it was a year of rediscovery. I felt like two people at times, both an experienced runner and a newbie, fresh to the sport. And overall, it was certainly a satisfying and gratifying year.

I took inspiration and motivation from my online running groups again, which I had shut out a little into 2017 because it hurt to see so much running success when I was injured. The Sub 30 Club, my fellow bloggers, and especially the Skirt Sports sisterhood have given me more than they can know.

To look at miles-run or paces-met would be silly. This year can't be quantified by data so easily. This was a year of feeling. Of getting back in tune with my body and mind. Of indulging in what felt good instead of what a plan or schedule dictated. It was a year of getting back to basics.

I tested my limits. I took risks and faced fears. I surprised myself.

How does one write a year in review for a year such as this?

Well, this one doesn't. But there are a few things I want to revisit/highlight for myself. Here are some of my milestones of 2018:

January: I started the year with a mindset to hit restart. I considered the end of 2017 to be the end of a Part I of my running "career"; 2018 began Part II.

My first run back after my second surgery, I was scared to run alone but neither did I want to run with someone. I remember how nervous I was, because I felt at the edge of a precipice. There was nothing else standing in my way at this point; I'd had both surgeries and was done with PT. I had nowhere to go but up, but I was terrified I'd fail.
Of course, the run ended up being one of pure, unadulterated joy.

February: February was a huge month for me. I felt very much how I did as a brand new runner, scared to run alone and unsure of how much my body could handle. I was finding my legs and my confidence again.

But this was the month I ran 3 miles for the first time since my surgeries, and of course my first race back. My goal was for A1A to be my comeback 5k, and I meeting that goal was surreal. It marked a strong start to the new year.
March: I spent a lot of time this year reflecting on why I run and what running means to me now. Rereading that post is especially poignant nine months later. My mind has changed and grown even since writing it. 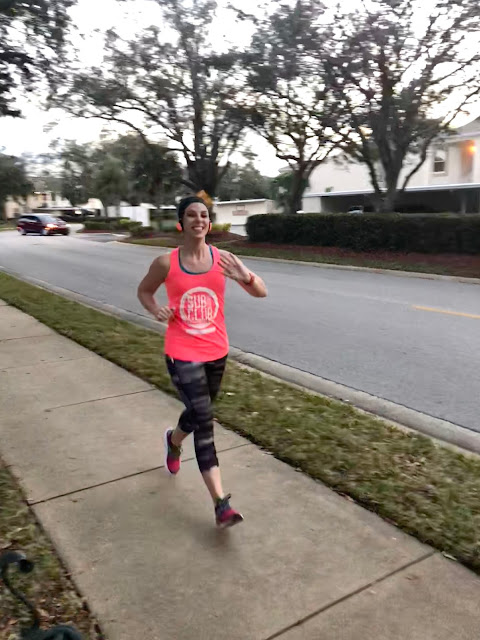 Another highlight from March was finally getting my second tattoo, and embracing growing stronger from setbacks and defeats.

April: I faced my fear and ran the bridge for the first time since I began noticing symptoms of compartment syndrome. I am so glad I had Elizabeth there to encourage me and push me out of my comfort zone. 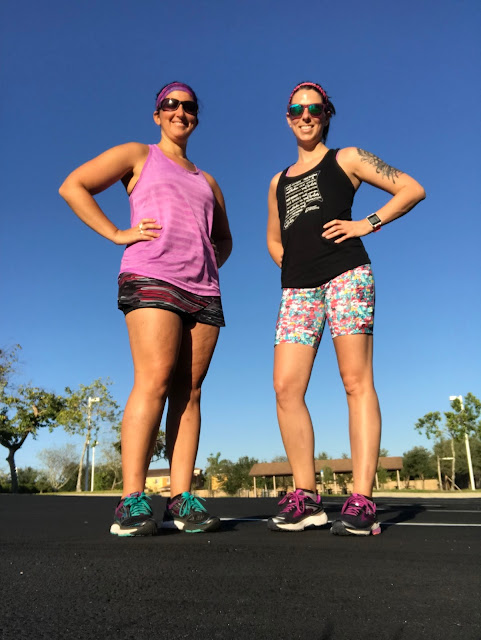 May: I ran the Halifax 5k, which meant conquering another giant bridge, and placed 2nd in my age group. I still reread this post with a sense of disbelief. The rate of my recovery and bounce-back was unfathomable. After a full year of injury, I could hardly believe I was not only running, but running well. 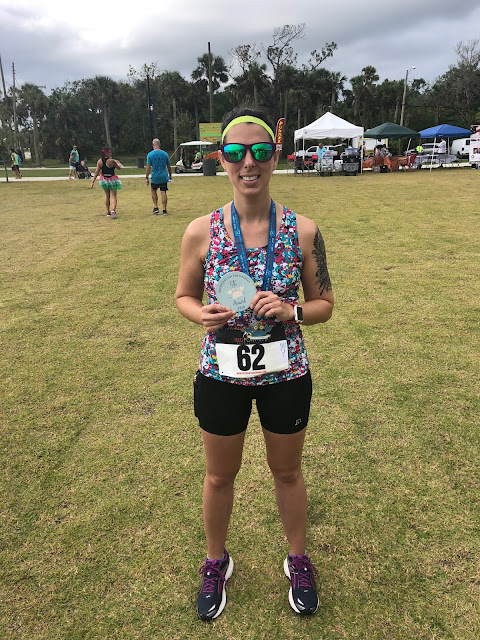 Although it's something different, a personal favorite from May is an original poem. This year was truly about regeneration and transformation.

June: My highlight for June is a little different. I introduced Pudge and Elizabeth and I began running as a trio! 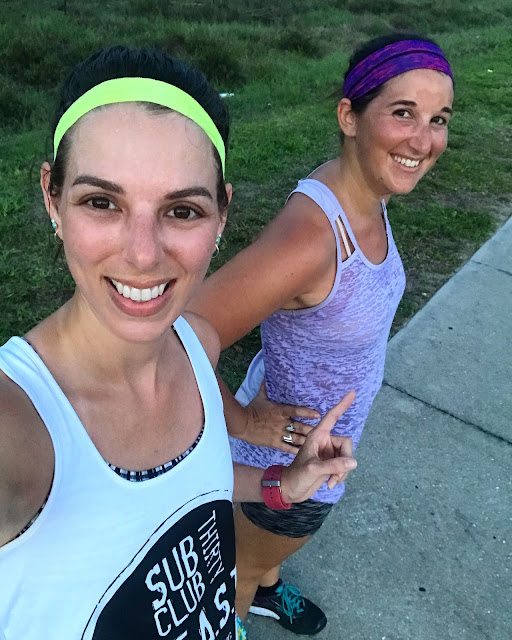 July: My entire vacation series of our trip to Seattle and Vancouver for Scott and Robby's wedding! I am a homebody and Matt and I rarely travel, but I used to love it. This trip reminded me how much I love traveling and getting outside my comfort zone...with a little encouragement, of course.
Part 1, Part 2, Part 3, Part 4, Part 5 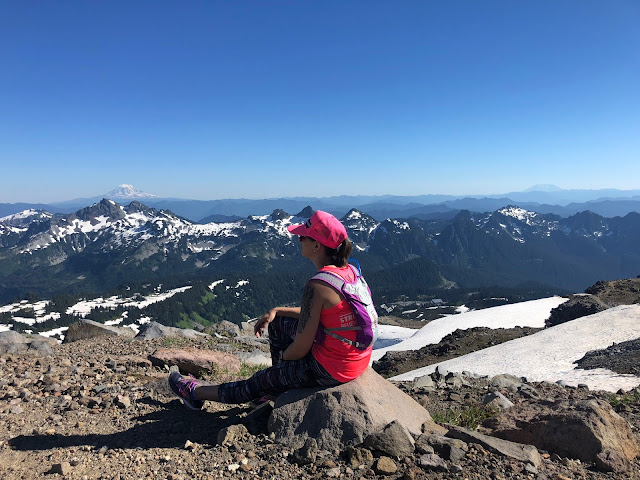 August & September: In late summer and early fall, I began to feel conflicted about my progress. I was enjoying running for fun, but felt ready physically to get serious about training for something. Mentally, I wasn't sure I was there yet.

I came to the realization that my body was truly recovered and I was ready to start adding distance and training for a longer race if I chose, but wasn't ready to pull the trigger. And, on the tail end of that realization, I did my first monthly review in a year and was shocked to see I'd steadily been building mileage.

October: I got the best news ever and suddenly was no longer conflicted about starting a training plan! I signed up for my favorite race, my dream comeback half marathon, the A1A half!

November: In November, I officially started training for said race! It had been so long and training felt so good. I got to create my plan and bask in the motivation that comes with the early stages of a training cycle. And best of all, I got to run my first long runs in ages! 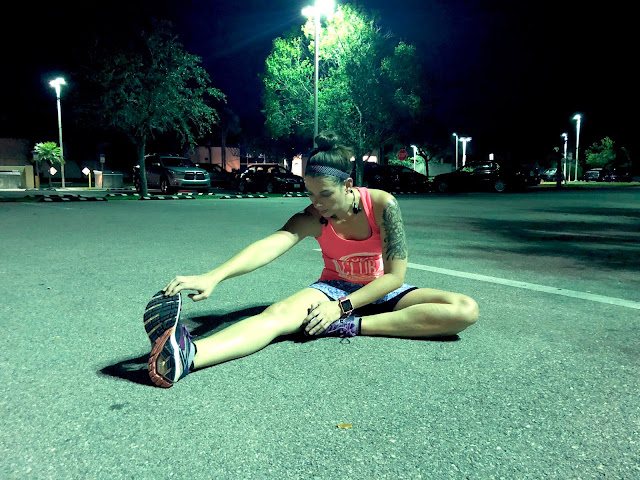 Running long gave my body the chance to remind my brain that it knows what it's doing. I fell into the habit easily. It was like being welcomed home.

December: The last month of the year was a month of coming up against some setbacks and overcoming them gracefully and with determination. I didn't let an extended cold and its interruption of my training throw me off. Likewise for a very busy volleyball season.

I had a few runs that truly felt magical. I realized that my mindset now is unlike any I've ever had when it comes to running.

In December, I also ran my first double-digit run since February 2017.

When I started running, most of my accomplishments were externally motivated. Even when running alone, I always knew there would be someone to tell me good job and offer praise. I even started this blog hoping a public forum like this would keep me moving. I needed the races and the medals to stay on track. I really think a year of injury broke that habit, and this year of recovery has changed me.

The symptoms, diagnosis, and treatment for compartment syndrome in 2017 brought me face-to-face with how much this sport had changed me and become part of my identity (sometimes to a worrisome degree); 2018 has given me a chance to start over with a healthier mindset, more confidence, and a stronger body that I know can do hard things. 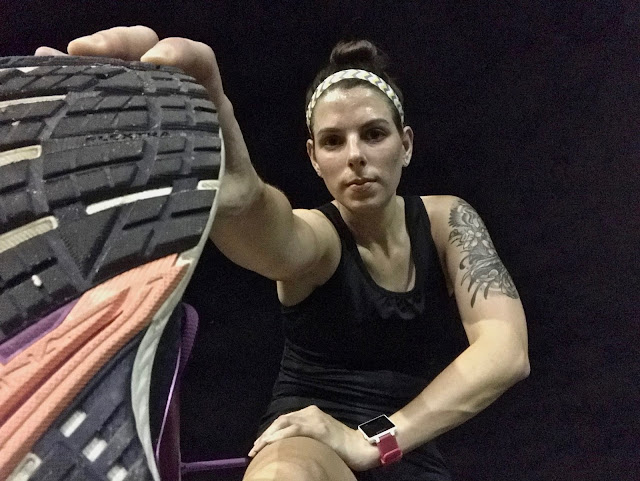 Running is all shiny and new again, and I am too.