Our Winter Trip to the PNW: Seattle

Early on December 28, Matt and I took a cab (Vancouver doesn't have Uber) to the train station. The ride was scheduled to be about 4.5 hours and would take us to Seattle, where we'd disembark, before it continued on to Portland. I love that taking a train is an option, but it wasn't as exciting as I had hoped!

I managed to nap a little on the train while Matt enjoyed the views. We got to Seattle around noon. It was rainy and cold. After storing our luggage at the train station, we decided to get lunch and plan our first day in the city.

We found a little bar called Flatstick Pub that served tacos and had an indoor putt putt course. We had lunch and played a round of duffleball. It was honestly such a perfect way to start our visit! I immediately just felt so happy to be there!
After lunch, I wanted to go to the Seattle Pinball Museum. It was a short walk from the bar, but it had a waiting list. We put our names in and went next door to have some tea and get out of the cold. We hung out (I read) for about an hour before we got the call that there was room for us at the museum.
We spent a long time at the museum. It was so fun playing all the pinball machines. They even had Captain Fantastic, my dad's machine that we played all the time growing up. There were older games, like Captain Fantastic, and newer ones, like a Game of Thrones machine and a 75th Anniversary Wizard of Oz machine. We had a blast! 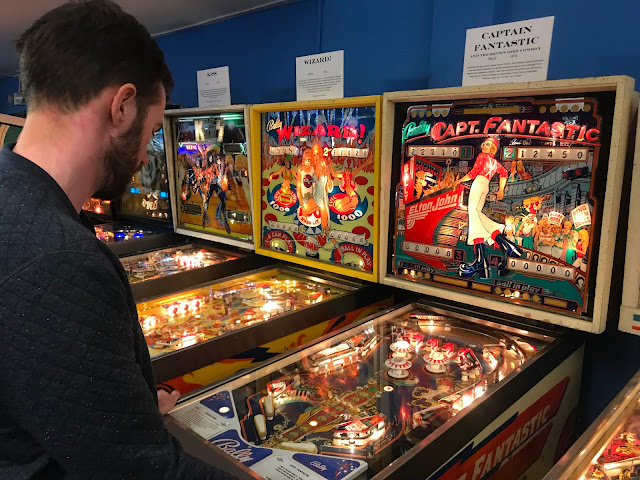 After playing for a few hours, we went back to the train station to pick up our luggage and took an Uber to our Airbnb. It was a cute little converted garage, super cozy, with a heated floor!

The next day, we finally got out for a run! There are tons of big parks and running areas in Seattle, but since we didn't have a car, I wanted to find somewhere we could run to from the Airbnb. I mapped out a path to the Washington Park Arboretum, which is part of the University of Washington Botanic Gardens. We had visited in the summer, so I thought the main road would be pretty flat and I'd be able to get in about four miles. 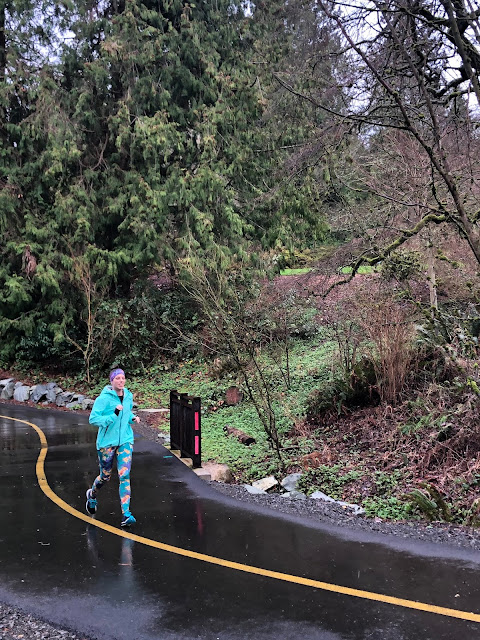 The day was drizzly and in the 50s; it was perfect! There were parts of the run that were way too steep for me to run, so I ended up walking some of it, but it felt good anyway. I wanted to see how running in the winter felt, and it felt great! 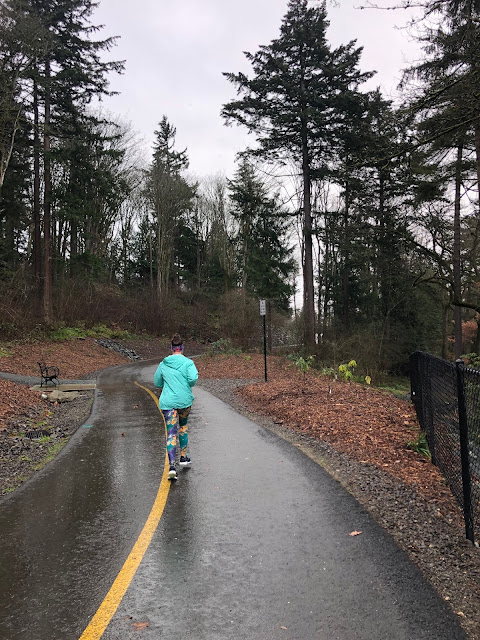 After the run, we showered and then took an Uber downtown to get bus passes. We had lunch (sushi...there is so much good sushi in the PNW!) and then to the Starbucks Roastery Reserve. This was one place we'd missed on our summer trip but really wanted to get to. 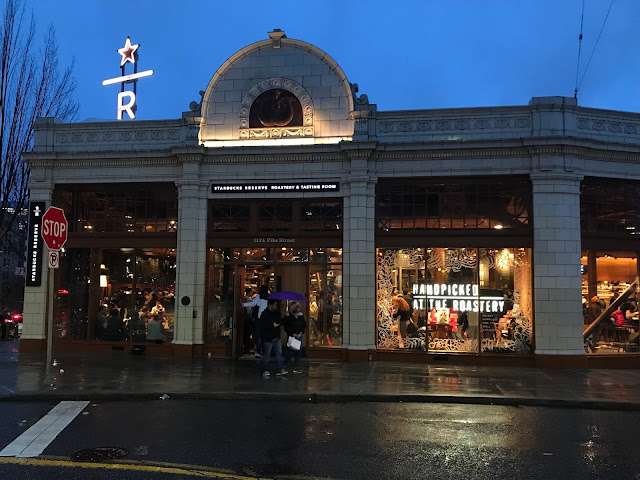 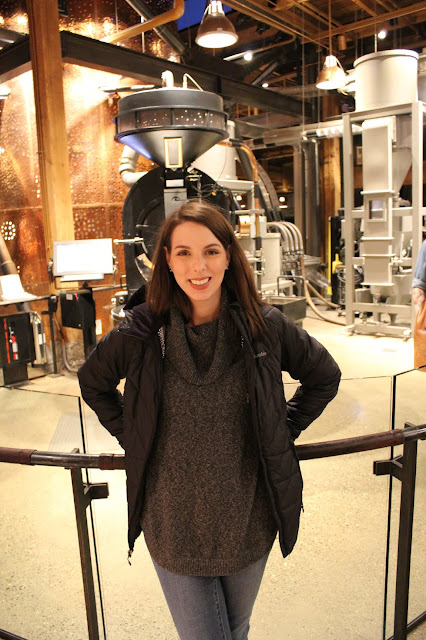 The roastery was different than I expected. It was basically just a giant Starbucks store with roasting equipment in the middle and three separate counters/bars. Each bar served different styles of drinks, including cocktails. It was packed! 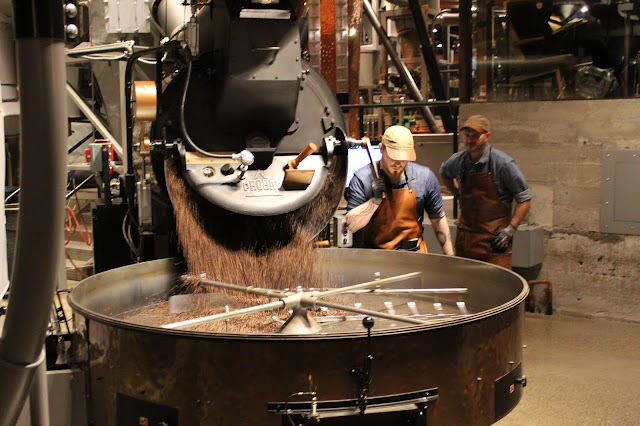 We watched the process of the coffee beans being roasted and packaged and then perused the three different drink menus before finding seats at one of the bars and ordering a flight of cold brews (for Matt) and a Maharaja Chai Nog (for me). 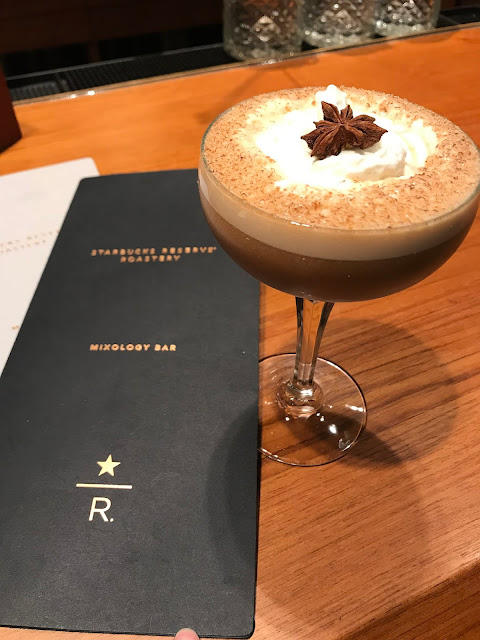 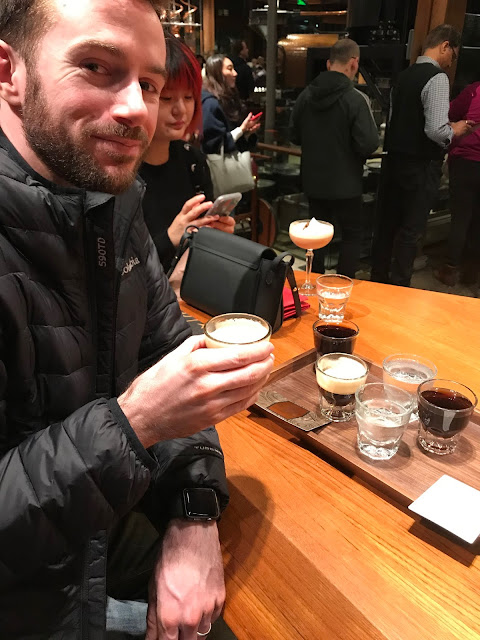 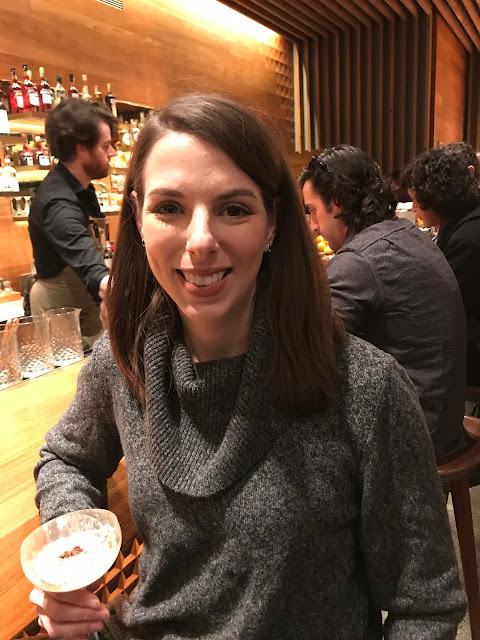 The Pantheon blend, which is only available at the Reserve, was seriously amazing. 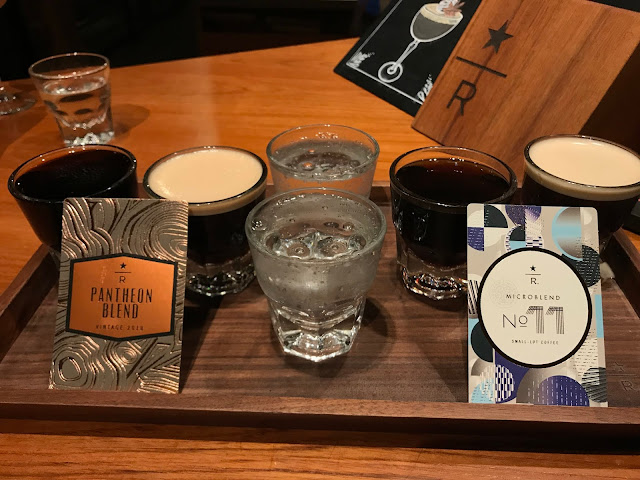 We walked around downtown a bit, and because it was raining on and off, we decided to see a movie. Let me just say, Aquaman was as ridiculous and predictable as I expected it to be, but it was fun!

On our last day in Seattle, we took a bus to Kerry Park, where we were told there are fantastic views of the city. We grabbed a bite to eat at a little French bakery and then, continuing our sight-seeing for the day, we made our way to catch a ferry to Bainbridge Island. 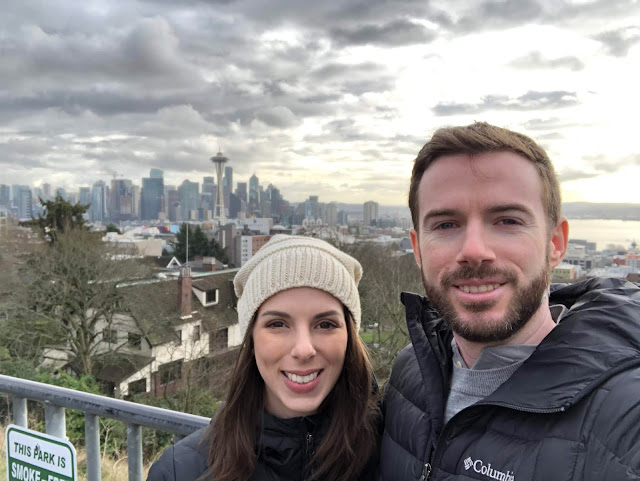 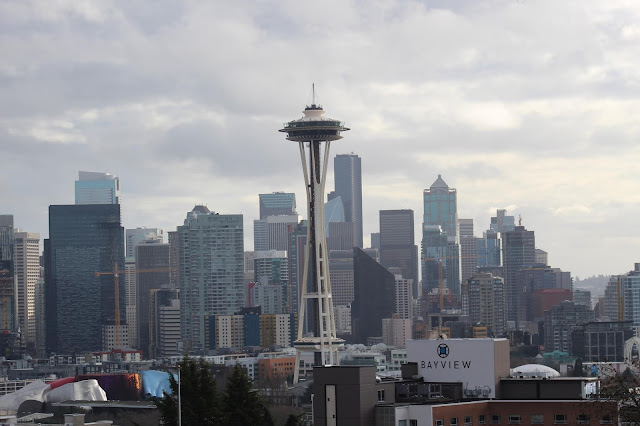 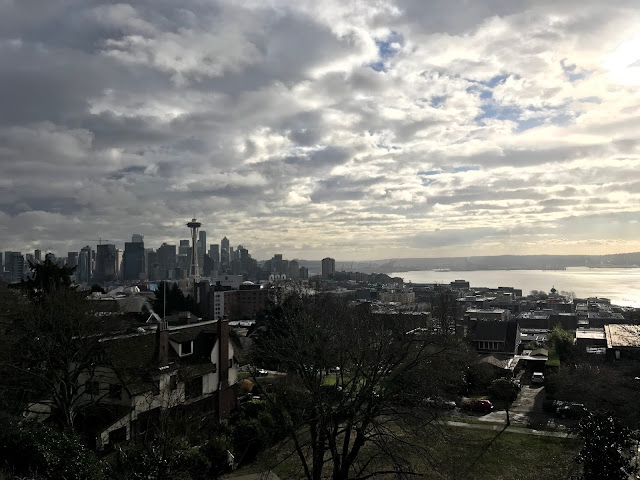 Matt really enjoyed the views from the ferry: 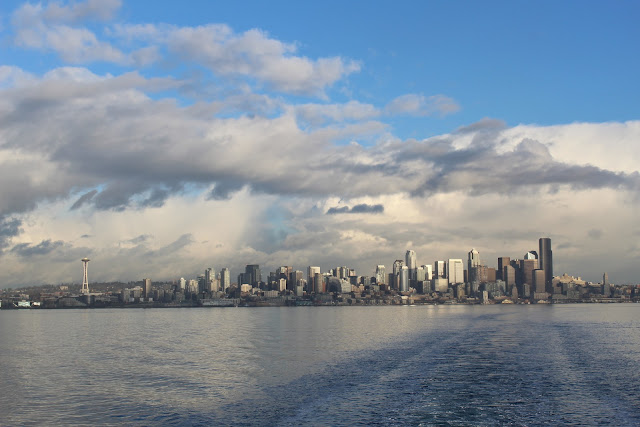 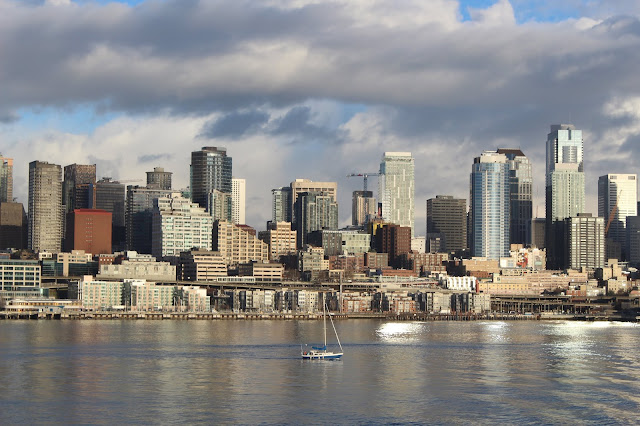 At Bainbridge, we explored the art museum and the downtown area. We picked up some amazing pastries from Blackbird Bakery and some drool-worthy fudge at Bon Bon. We spent some time browsing the bookstore before heading back. 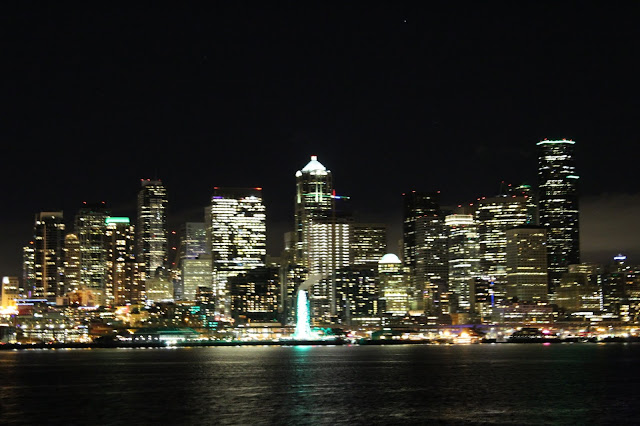 Finally, we stopped by a rooftop bar called The Nest for a drink before heading home for dinner and packing.
It was a nice way to finish our stay in Seattle, not too stressful or busy, but still kind of exhausting. At this point, I was so ready to sit on a plane for six hours because I was tired of all the walking!

Our flight home went without a hitch, except that when we got to the Seattle airport, security was super backed up (probably from the shutdown). We stood in an unmoving line that reached all the way back to the ticketing counters for 15 or more minutes before they finally just started letting people through - shoes on, nothing taken out of bags, etc. A bomb/drug-sniffing dog did the rounds while we all went through the metal detector (not the x-ray scan).

It was super fast. We overheard one TSA agent say she was working for free.

When we arrived in Tampa at midnight (we saw fireworks from the air!) we sat on the tarmac for 30 minutes - even though we were the only plane at our terminal, they were clearly short-staffed.
I really enjoyed our trip! The winter up in the PNW is not like winter in Cleveland (where I grew up); it's much more like Scotland, maybe a little wetter. If we ever decided to learn to ski or snowboard, I'd make the trip again.