A couple weeks ago, whoever manages social media for Run for the Bling (Bling Running Events) planted a seed in my brain that I just couldn't uproot. Like, full kudos to them, because they absolutely convinced me to run this 5k that I otherwise wouldn't have known about!
After my disappointing race the previous Saturday at the SUP & Run 5k, I couldn't shake the idea that another 5k for a cause I care passionately about was just what I needed. I was honest with myself; the hope of placing or somehow having a redemption race was alluring, but I also knew I wasn't in any better shape than the previous weekend and this was another 8am start.

Still, my logical brain was outvoted by my lizard brain, and I convinced Matt to race with me by using the same tactics as the race organizer: "It would be easy for you to place!" I wheedled. "Only 65 people are registered!"
So the morning of June 1, the first day of Pride Month, found us up early and making the long drive down to Eagle Lakes Community Park in Naples. It was stormy during our drive, but sunny at the venue. I knew we were in for another hot one. However, my mindset was very different. For some reason, I just felt very positive about the race and my worry about not "performing" had abated.

We had plenty of time to use the bathrooms and get ready. There were only 46 participants there for the actual race (there was a virtual option), and the smaller crowd further helped my mindset. The start was very casual; we all lined up, there was an informal sort of countdown, and then we went!

The beginning of the route looped us around a small lake in the park. I could see Matt at the head of the line, clearly in second place overall. It was already hot and sunny for the first half mile, but then we hit some shade, and enjoyed the shade on and off for the rest of the route.
Around mile 1.5 I stopped to take a photo of a very apropos rainbow. I caught up with the girl in front of me and we chatted a bit and ended up kind of leap-frogging each other for the duration of the race. Around mile 1.8 I took my first short walk break; my first mile had been much faster than anticipated and I felt I had banked some time.

At this point, my legs and body were just tired. I was hot and feeling complacent, but in a good way. In a whatever happens happens, I'm out here enjoying myself kind of way. I took a couple more walk breaks in the second mile.

My impromptu running buddy pulled ahead with a definitive lead at some point, and I just kept trucking along. By the last half mile, I felt there was a real danger that I might puke, but there was one more woman I wanted to overtake and I had a view of the finish line, so walking wasn't an option.
I managed to cross in 30:12, which was faster than SUP & Run but still not quite where I like my 5ks. Maybe this is just my summer pace!

Matt had already finished; he told me he had finished 2nd overall and the guy in front of him was so far ahead he didn't even try to catch him. He also said he took a wrong turn and came back, warned people about the wrong turn, and still finished 2nd. (He wasn't the only one to miss the turn. I guess that's the danger of being ahead of the pack!) 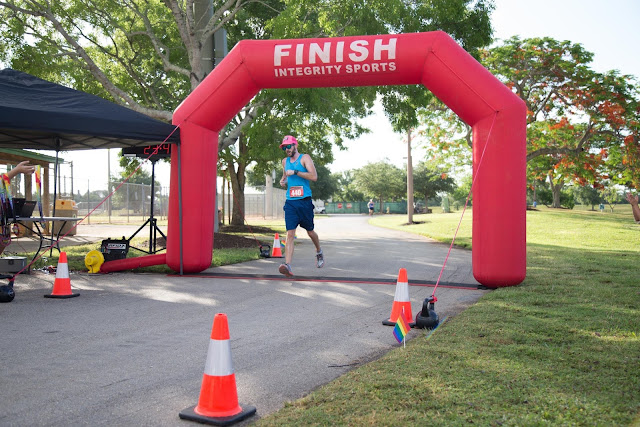 I pretty much collapsed in the shade after my finish, lying flat on my back while my body just poured sweat. It was definitely one of the most unpleasant finishes I've ever had. 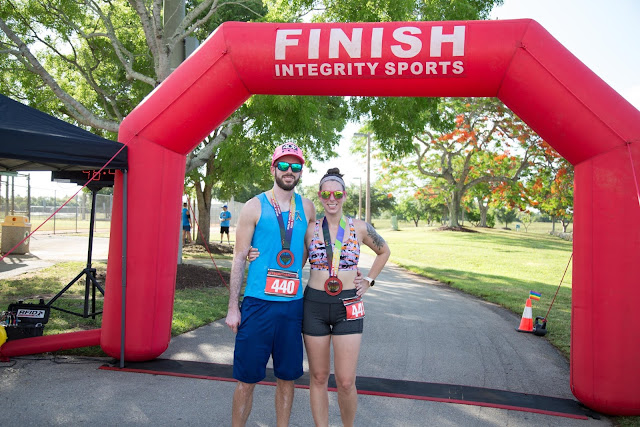 Just before they announced awards, I scoped out the results list and suspected I may have placed 3rd in my AG.

They did awards after most everyone had finished. Because they announced men's age groups first in 3-2-1 order, my name was called right after Matt's, and I heard someone in the crowd say, "That must be his wife!" Yes, the Kearneys brought it today! 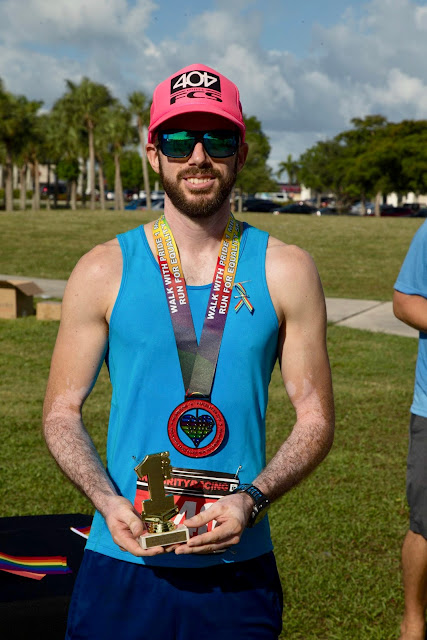 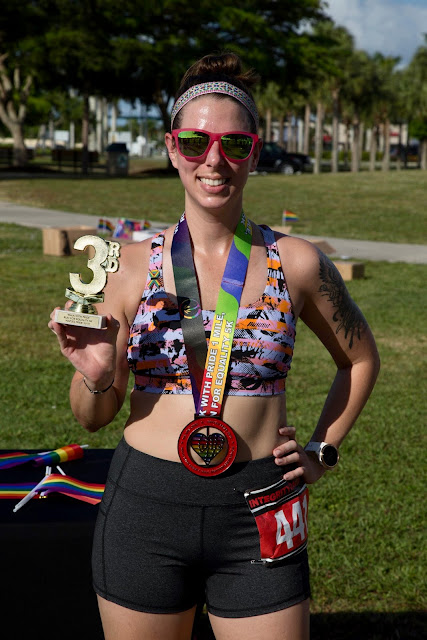 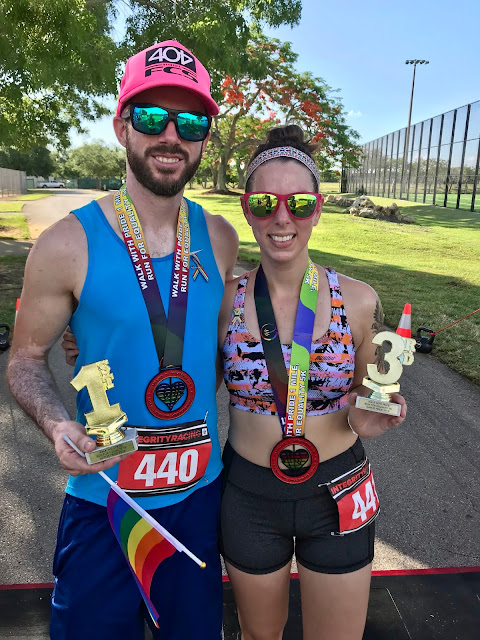 My leap-frogging friend was 2nd in our AG and I didn't even feel a little bad about it; in fact, I felt really happy that we had run some of the race together and that she'd had a good day. I was feeling very magnanimous. 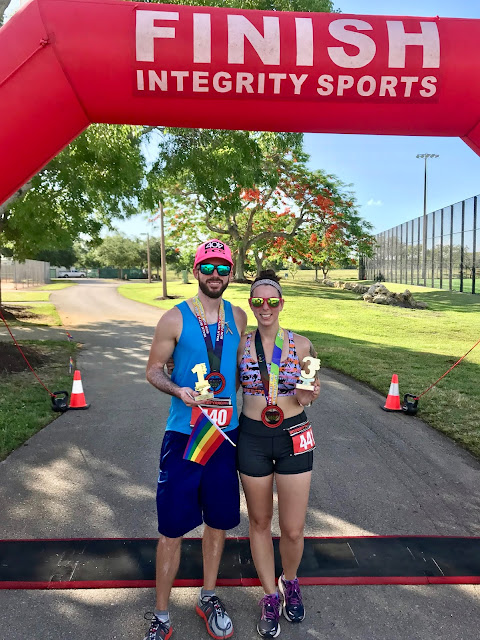 Although my time still wasn't where I like my race times to be, I was (ironically) pretty happy with my overall pace. There's apparently been a disconnect in my head regarding sub-30 times and paces, and seeing a solidly sub-10 overall pace mollified me. I have come to terms with my current summer fitness level and don't feel bad about walking, especially because the heat we're having is utterly ridiculous right now. I did what I could, managed to place, and supported a great cause.

Next year, I hope this race grows a bit (this was its first year) to further the cause. If it can expand without outgrowing its venue, that would be the best of both worlds!