Matt and I didn't have any huge travel plans for our anniversary this year, but we still wanted to do something special. It's easy for couples who have been married for awhile to just let an anniversary pass with an exchange of cards and a special dinner, and I honestly would probably be that person if Matt weren't a bit of a romantic.

This year, we had brunch on our anniversary and opted for a relaxing staycation and a trip to a local bird sanctuary over the weekend to celebrate.
If you've been reading here for awhile, you know Matt and I are bird people. We both feel having a pet isn't in the cards for us right now, but we miss spending time with birds; the moment Matt raised the idea of a trip to the sanctuary, I was in. (Honestly, when he told me he thought we'd be able to hold birds I almost cried.)

First, though, was the staycation. We got a room at the Hyatt Regency where we stayed for our anniversary in 2017. The resort is just gorgeous, with top-notch amenities and beautiful rooms. Once more we opted for a room with a view.
We got mimosas upon check-in. We cheered to "80 more years"; I asked, "Then we get divorced?" Matt said, "No, then we die." We decided to try for 81 so we can reach an even 90. 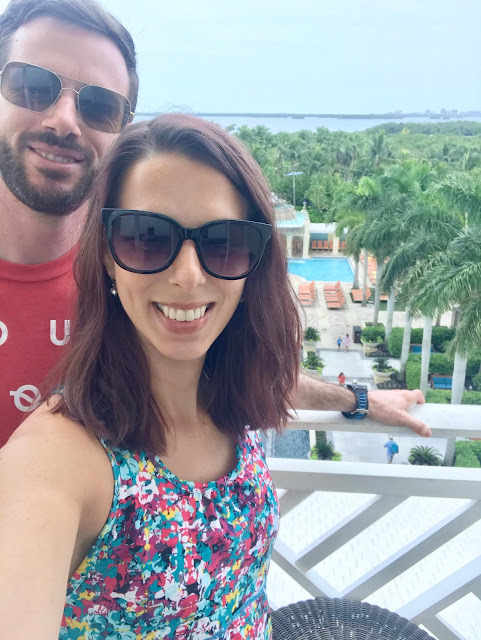 And that was it, really. We spent Friday at the pool, then had a nice dinner at the resort. Saturday we spent more time at the pool. It was relaxing and beautiful and maybe a new tradition. 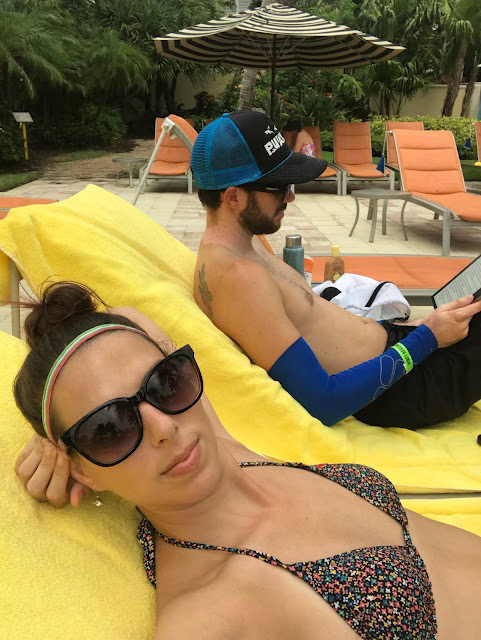 The bird sanctuary was a great experience, although not quite what I expected. Most of the birds are parrots that have been given up because they outlived their owners. There were tons of macaws, African greys, and cockatoos. 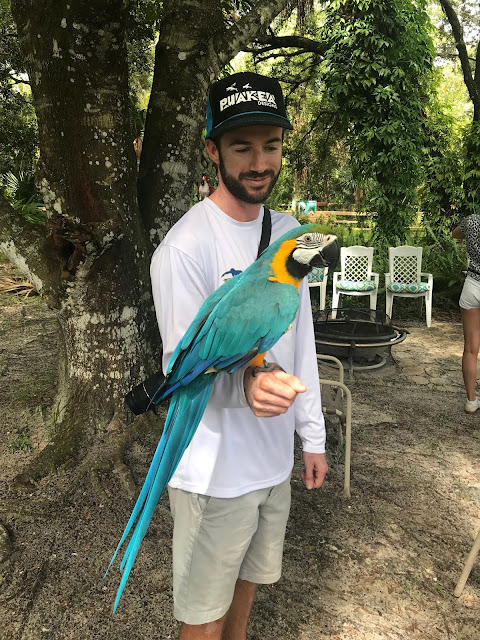 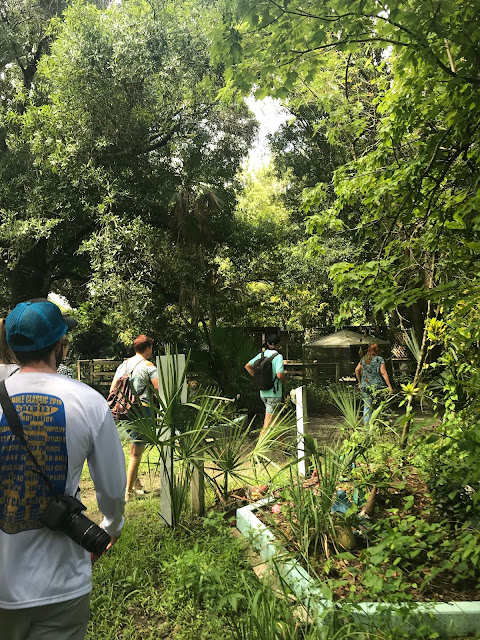 Our guide introduced us to every bird and told us about their personalities and how they'd come to the sanctuary. We fed them unsalted almonds and walnuts. I love interacting with birds; they're so funny and personable. They took the nuts from us so carefully, and some even chirped like they were saying "thank you". The one pictured below was shy; our guide said he doesn't like many people, but he happily took walnuts from me, though every time he'd run to the opposite side of the cage to eat them. 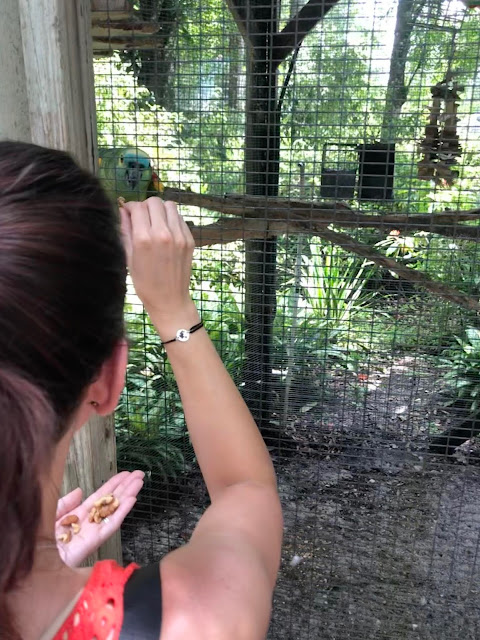 We did get to go into the macaw house, where you can hold the birds if you want. I am still nervous around large birds, so I opted to just feed them. 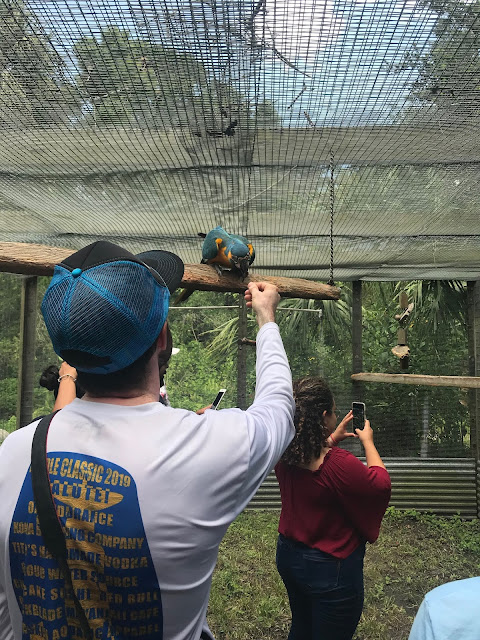 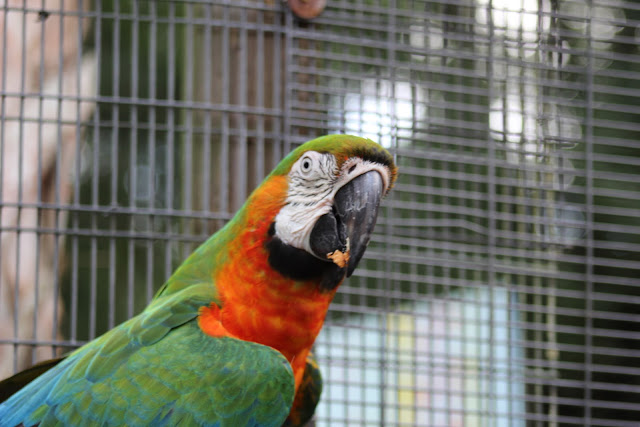 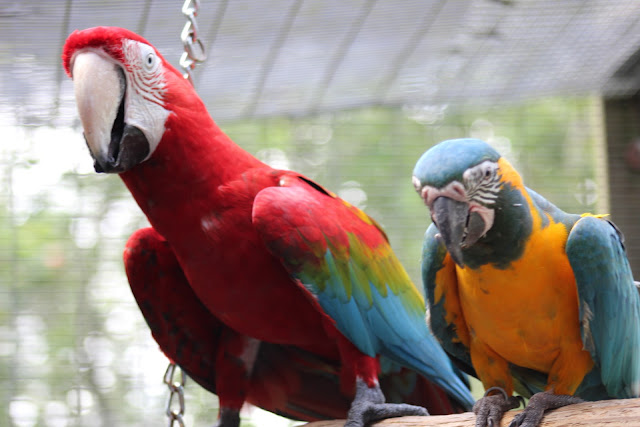 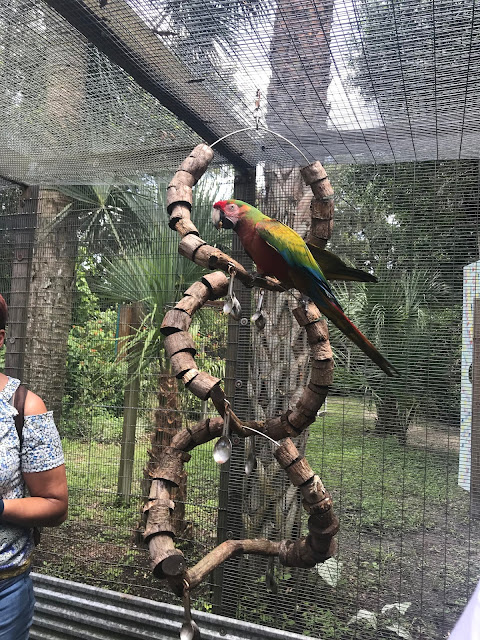 After the tour, we hung around to look at the adoptable birds, which is when we got to see some lovebirds. Unfortunately, we couldn't hold them. It left me feeling torn; someday I'd love another bird, but I still think the timing isn't quite right for us.

Year nine was a good one for us. I'm looking forward to whatever the next year has in store!