A few months ago, my cheap little MPOW bluetooth headphones started to die. It began with connectivity issues, needing to be manually paired with my phone every time I turned them on. They then started cutting out randomly in the middle of runs.

Generally, they still work, and they'd be fine as a backup pair of headphones, but I wanted something reliable for when I start training for longer races again. So I began a hunt for some true wireless headphones that wouldn't break the bank.

Besides cost, I was looking for: 5+ hours of battery life, water resistance, a reputable company, ease of use, and no slippage. If I could find a pair that also let in ambient noise, that would be a bonus.
After watching approximately 100 YouTube reviews on various headphones, I discovered that JLAB would soon be releasing a pair that would fit my needs. I pre-ordered them in June and anxiously awaited their late-July arrival.
While I waited, I received this email. I had expected to get my earbuds in late July/early August, so I felt this level of customer service was unnecessary but welcome!
When my Air Icons arrived on August 2, I was immediately impressed. The packaging is minimal but sturdy and very instructive. The box comes with the earbuds, charging case with built-in plug, two sets of "cush fins", three sets of gel tips and a set of foam tips, and a slim instruction/troubleshooting manual. 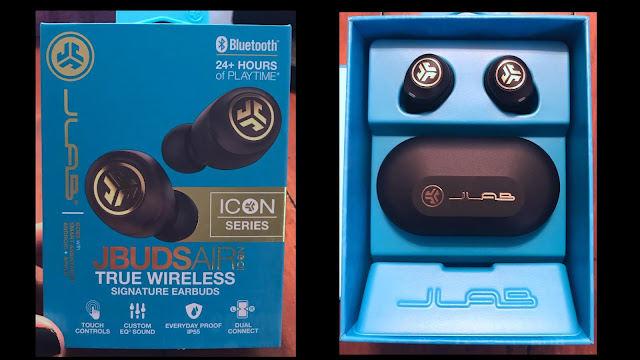 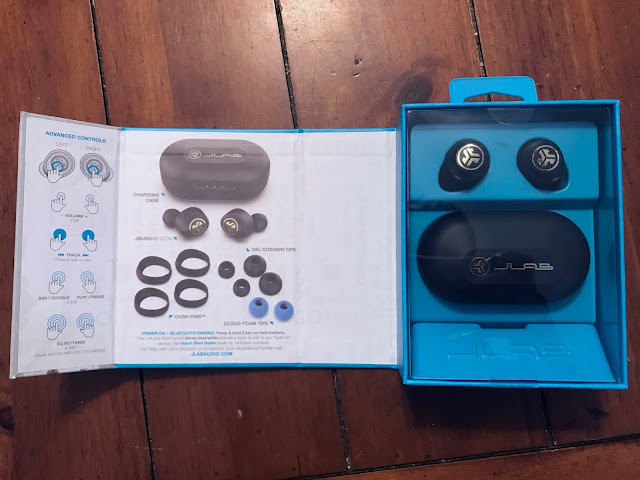 I found the earbuds incredibly easy to set up and pair. You take them out of the case, they turn on. You put them back in the case, they turn off. As soon as they're on, they're in pairing mode; you don't have to hold down any buttons for your phone's bluetooth to recognize the device and pair up. I was wearing mine within two minutes of opening the box. 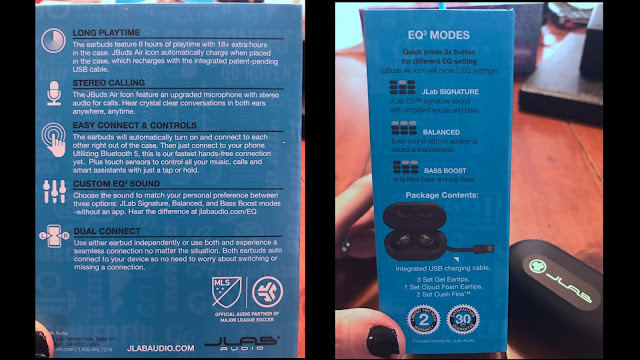 I tested out a few of the tips and fins. I found a combination of the smallest tips and bigger fins was perfect, as the buds stayed securely in my ears but weren't so tight as to block out all noise. (You could definitely use these as noise-cancelling earbuds, but I prefer the "looser" fit.)

The real question is...will these fall out and get lost? Let me tell you, I put them in and immediately forgot about them. They feel lightweight and comfortable. They nestled into my ear as if they were made especially for me. I bounced around, bobbing my head like I had water in my ears. I ran in place. I jumped and shook my head, to Matt's amusement.

The things stayed in!

I was excited to try them out, but it was a few days before I took them for a run.

They did not disappoint. I did have to "study" the package a bit and practice the controls before I got going. The Icon Air use touch controls, no buttons, so they are very easy to use and you don't have to fiddle with finding any buttons. I do think some of the controls will take getting used to (single, double, and triple taps on either earbud produce different results), but they're not very confusing.
I have not tested the mic on a call because I don't answer the phone on a run ever, but I did take a little video and tested the sound that way. You're welcome.

On the run, the earbuds didn't move or get uncomfortable. The sound quality was great - there are three settings on the built-in equalizer and I found I preferred the Balanced setting best. I definitely could hear things around me more than usual with other earbuds, but I wouldn't claim they leave your ears as open as Aftershokz do, of course.

Speaking of the competition, here's a bit about the water resistance: 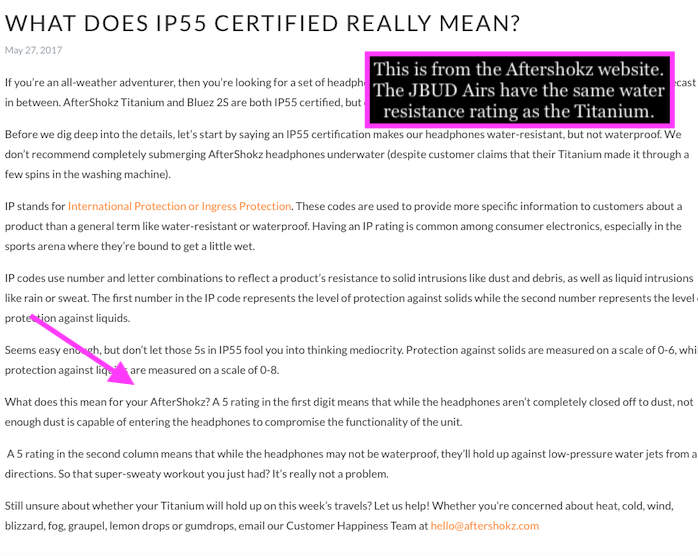 Another cool perk is that the case is magnetic inside and out, so the earbuds snap in and stay securely and the lid also snaps shut with ease and stays that way. It feels sleek and expensive, and the charger is the kind that can plug into a USB port either way, so there's no trying-to-figure-out-which-way-is-up situation. 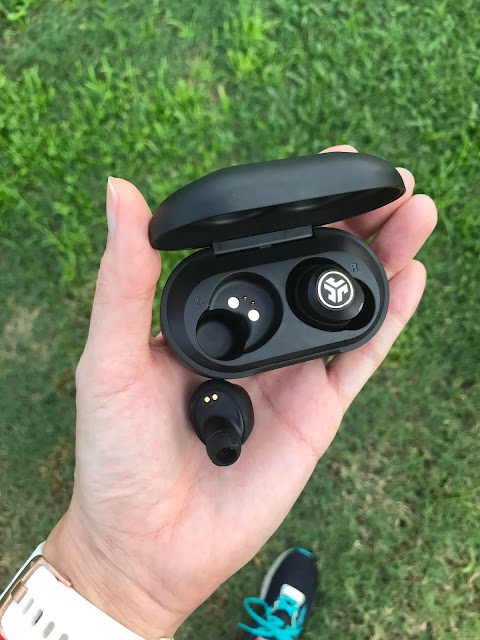 Basically, I'm incredibly happy with my purchase. The fact that these things only cost $59 is kind of unbelievable. I have confidence they'll hold up, and the warranty is pretty great, but if they crap out on me I'll be sure to update here. In the meantime, I'll be thoroughly enjoying my first pair of truly wireless earbuds.