This will eventually be a running blog again, but we've had some big family stuff going on, so my next couple posts are going to be a little off topic.

My sister and Gordon have been together seven years; knowing they wanted to get married eventually, we've been waiting for it to finally happen. This past fall, Gordon bought a ring. He planned to propose in March. Instead, they got a little surprise in January and their engagement got moved up.

Steph went back and forth on doing a traditional wedding or a courthouse wedding; she ended up deciding on an intimate dinner with her closest family and friends. The invitations called it a "reception". They ended up having the actual ceremony at the dinner.

The day of the wedding, I stopped by Steph and Gordon's place to go over some logistics and hang out while she got pampered. 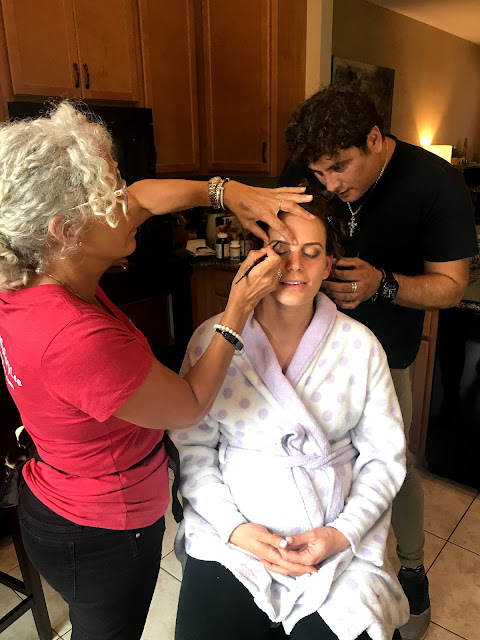 I was so glad Steph went with some traditional elements. It was so wonderful to see her dolled up, to hear their vows, and to witness the exchanging of their rings. 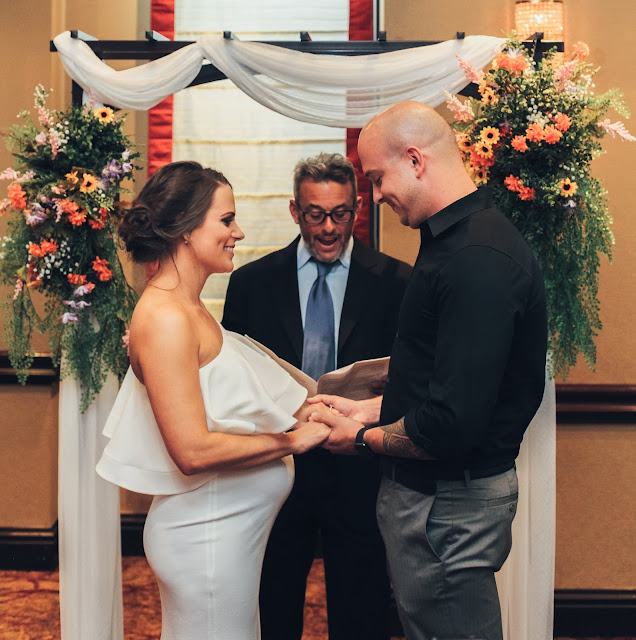 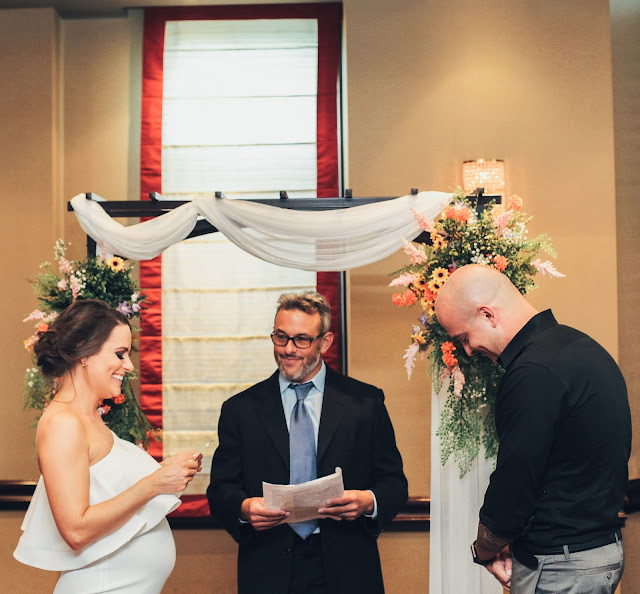 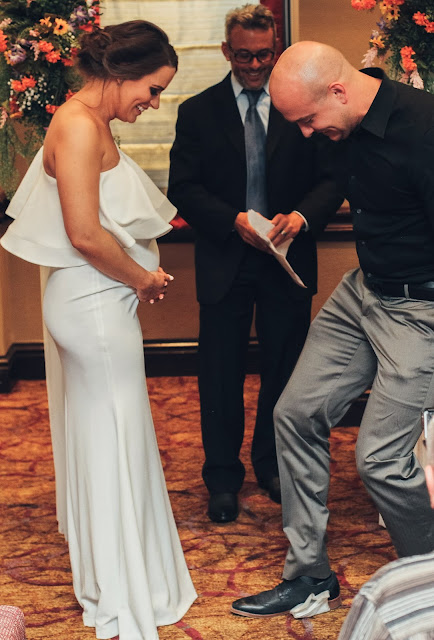 The wedding was held at Ruth's Chris. Steph's friend Eddie took photos of the ceremony and after (and the baby shower that followed on Sunday). 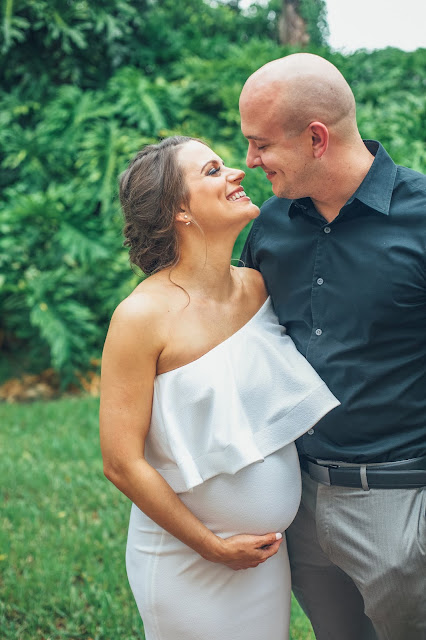 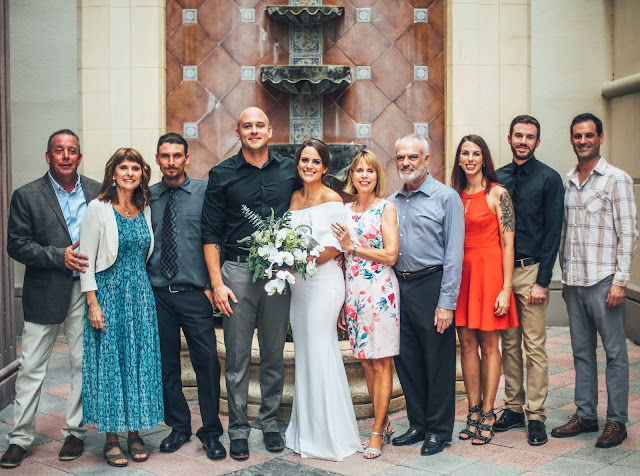 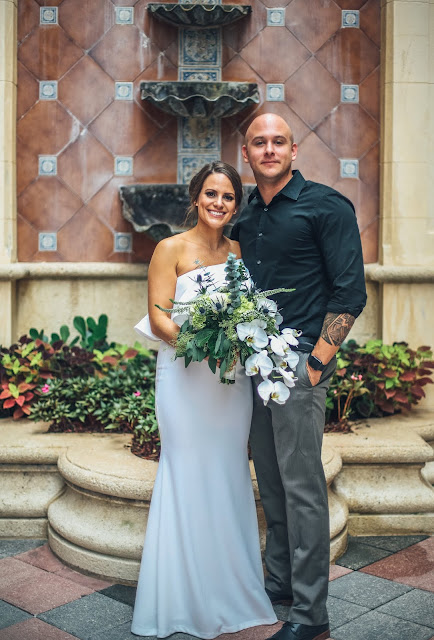 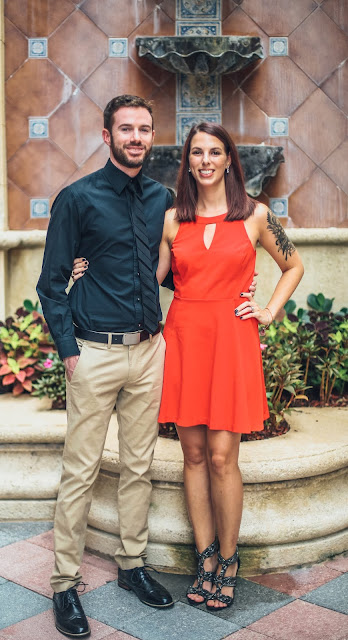 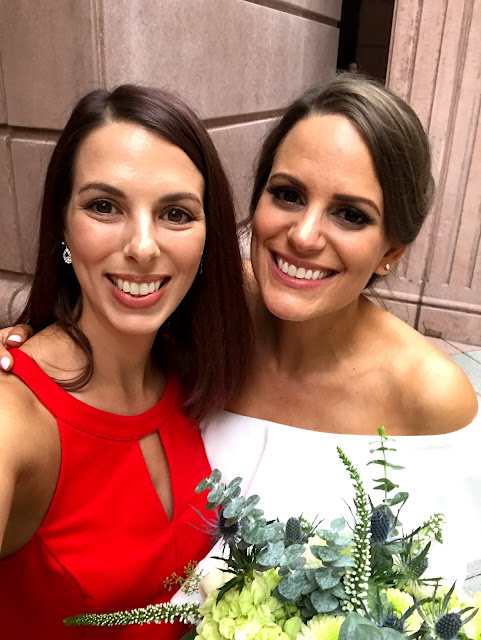 (Fun fact - Eddie cut his teeth on photography at Matt's and my wedding nine years ago!) 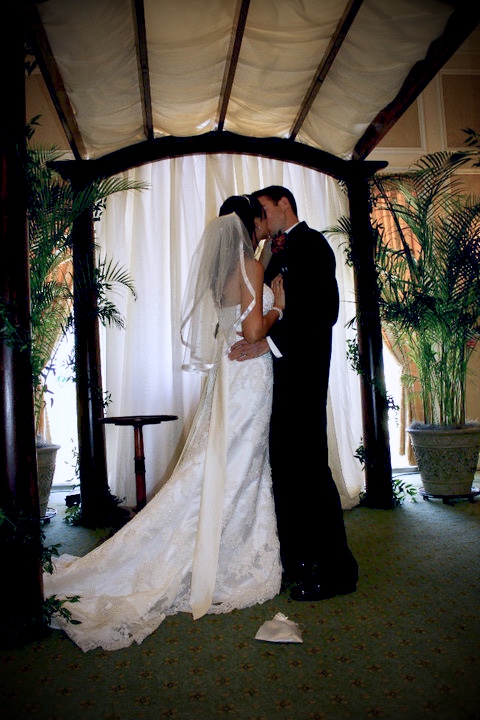 We enjoyed a delicious dinner and dessert. I asked Steph to let me give a MOH speech because, despite the wedding being non-traditional, I still wanted to be able to do that. Of course then I got all nervous about it, but I'm glad it was included. 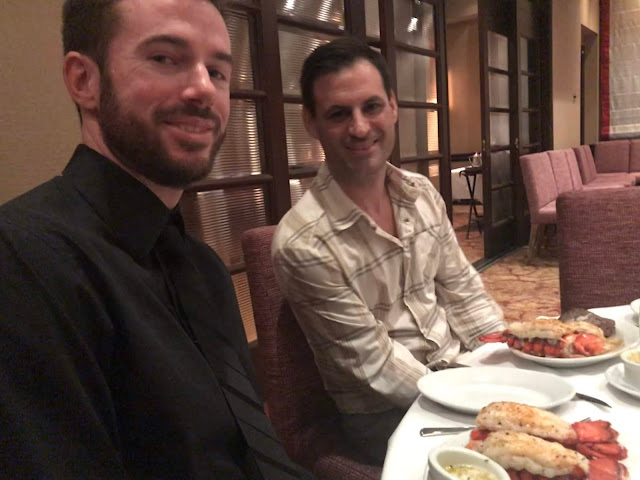 There was no dancing or anything, but because the gathering was small there was lots of mingling and picture-taking. It was the perfect balance of low-key and pomp that the couple wanted! 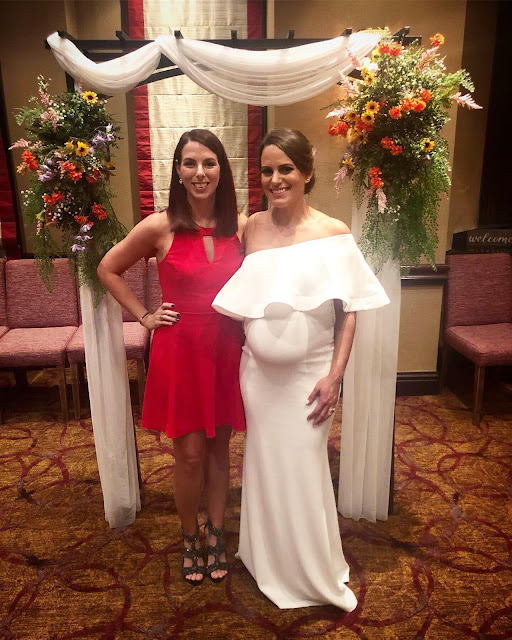 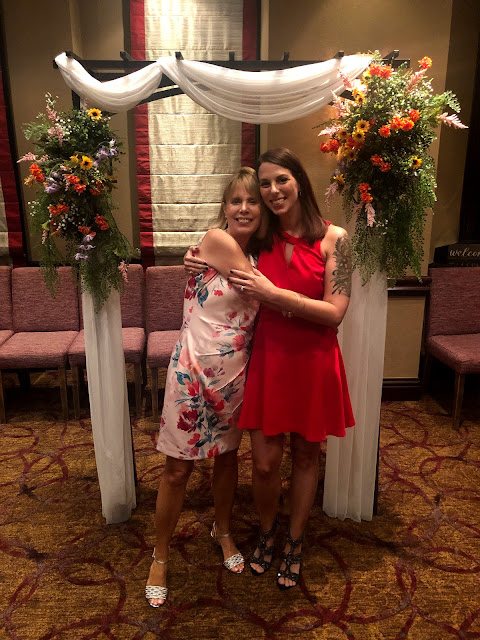 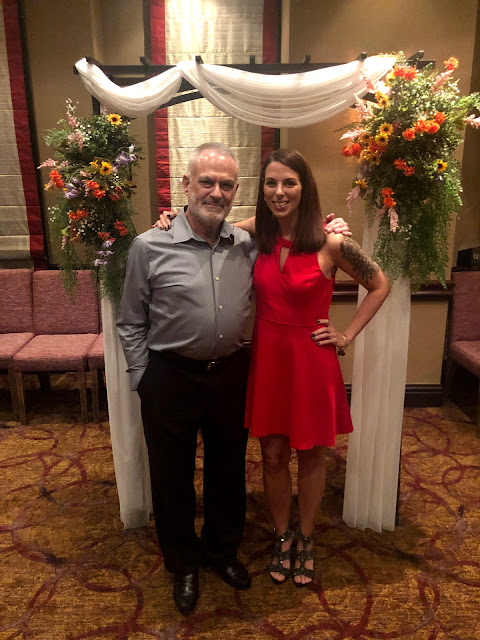 I am so happy to welcome Gordon to the family officially after all these years! I keep getting lucky in the brother-in-law department!

Next up: the baby shower.