I was not planning to run this race. In fact, for the first time ever, I had to register on race day at packet pickup because I was so late making a decision!

It ended up working out, though. Matt and I were in Sarasota Saturday. He had a 16-mile OC6 paddle practice with his team for Chattajack and I had a 5k to keep me busy before we drove across the coast to meet little Wyatt. I planned to borrow my dad's car and get it back to him so he could start his trip across the state ahead of us. 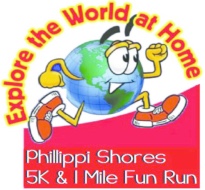 The race started at 7:30. I got to Phillippi Shores elementary around 6:50, registered, and had plenty of time to warm up and decide on a race plan. This 5k is put on by the school to raise funds, but is supported by the local track club. That meant it was well-organized and chip-timed. The biggest surprise and disappointment, then, was that the course ended up being significantly short.

The start line didn't have a timing mat, so I lined up as close to the front as I could without being in the front row.
There were tons of children running, and I mentally prepared myself or some dodging and weaving. However, it really ended up being fine. The numbers were small enough and the roads wide enough that I didn't have any trouble navigating the crowds, and while many of the kids didn't follow "race etiquette", they weren't bothersome. I just kept reminding myself that this race was to raise money for their school, so they kind of had the right to the road. 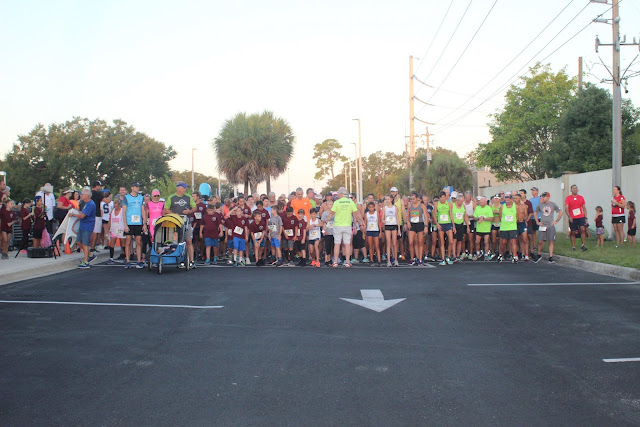 I came up on the 1-mile mark at .95 by my watch. I knew the race was a double-loop, so I wondered if the second loop would be a little long to account for the shortage. I clocked my first mile around 9:00 and was very pleased; I had started out way too fast and had reined it in, so knowing I had banked some time was comforting. 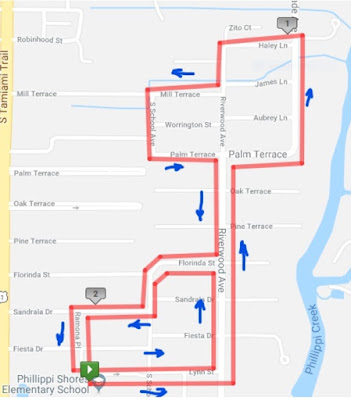 When I got to the second mile marker, I knew the race was going to be significantly short. My watch read 1.95. Part of me didn't mind; I thought maybe we'd still run an even 3 miles and I could still get a pretty good read on my progress this fall.

I hit my usual wall around 2.6 miles, but knowing the race was short, I kept plugging along. I talked myself out of taking a walk break due to the short course and was especially happy with that once I crossed the finish line and saw just how short. I have had to walk around the 2-mile mark for most of my runs this summer and have been running a 9:50-10:20 pace. Here I was, holding low-9s!

I managed to sprint out the end of the race and the finish line, then thought I was seriously in danger of puking. By the time I had recovered enough to look at my watch, it was too late to find an unpopulated piece of sidewalk to run another quarter mile and finish the whole distance; it wouldn't have reflected any important data, anyway, and for a race that wasn't even on my schedule, I didn't have any need to prove anything. I already knew based on my performance that I ran really well and I was ecstatic.
I once ran a 5k that was only 2.65 miles; in comparison, this shortage barely matters!

I wrote in my last post that I thought maybe I could place in this race...the reason being that they do AG awards 6-deep. Sure enough, I managed to place 5th in my AG! I spent the next half hour looking for someone who could give me my medal so I could get back to my parents' quickly.

It took some asking around, but I finally found the announcer, who agreed to sneak me my medal early. I didn't realize until I got back to the house that he had given me the 4th place medal by mistake! I feel pretty terrible about that, but hopefully they had an extra 4th place medal lying about for the woman who finished before me.

I have definitely been dealing with hangups over my last couple 5ks, where my running consistency was off and the heat really slowed me down. Even though this race wasn't a full 5k, I know if it had been I would have finished well under 30 minutes, and that has restored my confidence. Running a short race can be frustrating, but honestly, I wasn't bothered! 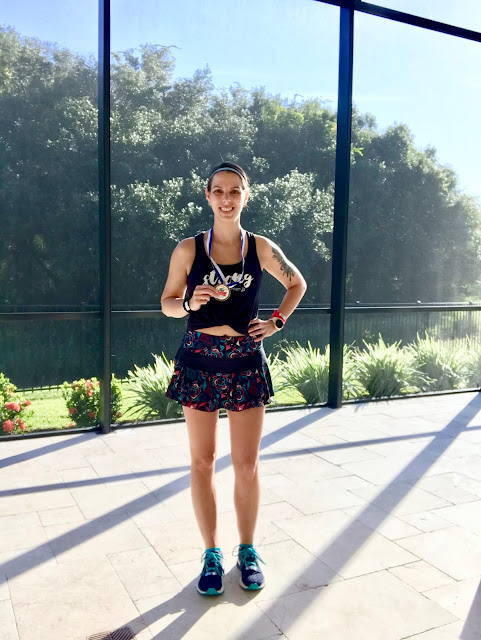 For people who may have trained for this race specifically, that would be a major flaw and a point of contention.

Over all, I had a great race morning, especially given my last-minute decision to run it. Our plans worked out, and Matt and I got to meet Wyatt and spend some time with the family. It turns out sometimes it's nice when plans don't work as expected! 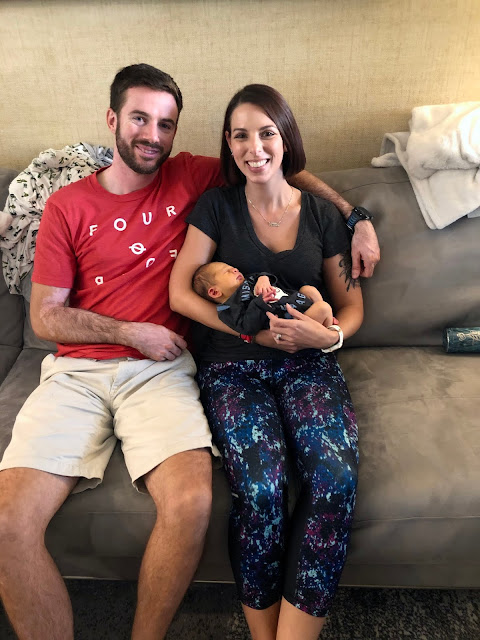 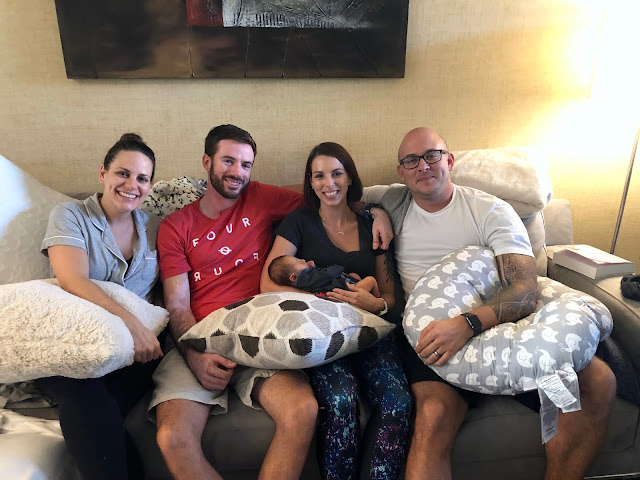