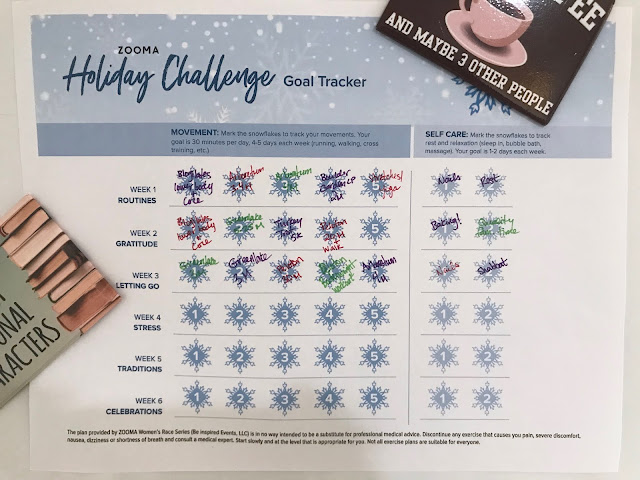 So from now on, I won't necessarily include the dates; instead, I'll simply detail the instances.

Movement 1: I started week three with three easy afternoon miles. The leaves have mostly fallen from the trees now, but they haven't turned into mush underfoot yet. I'm waiting for the other shoe to drop, but so far winter in Seattle is gorgeous!

Movement 2: I planned a slightly longer run but got out the door late, so did another three miles and called it good.

Movement 3: I popped over to the BILs' place to do my first official ride on their Peloton. (The first ride I did was under Robby's account, but I have my own now. You can follow me! My username is abkruns.) I did a 30 minute '90s ride and enjoyed it a lot!

They've said I can come over to use the bike whenever; I'm planning to try for once or twice a week. I also ordered myself a pair of gently-used cycling shoes because it's hard to stand up on the Peloton in my unsecured sneakers.

Movement 4: I planned to run, but just didn't feel like going through the hassle of leaving the house. Usually that means I'd just do nothing and feel a little guilty about it, but this challenge has gotten into my brain! I didn't want to miss a day, so I found a bodyweight workout on the Peloton app and did that. 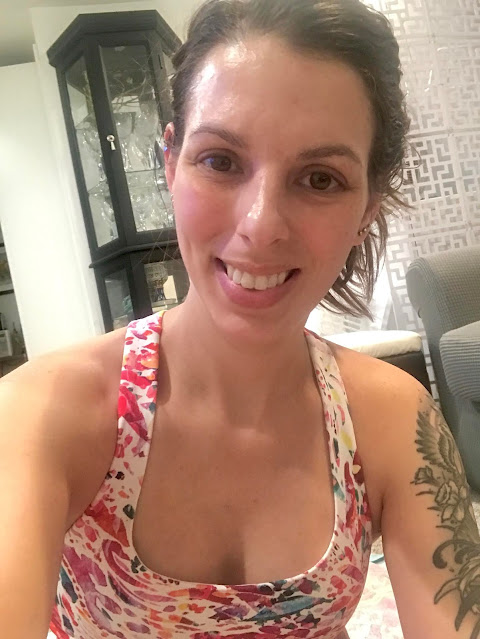 It was pretty good - no easier or harder than Blogilates or other videos I've done - and I was definitely feeling it the next day. I like that doing a workout through the app automatically loads into my Strava.

Movement 5: I decided to conquer some hills! I ran at the UW Arboretum and did my usual route backwards. This proved successful; it's still plenty hilly but the hills are more gradual and dispersed, so I wasn't gasping for breath a mere quarter mile in. 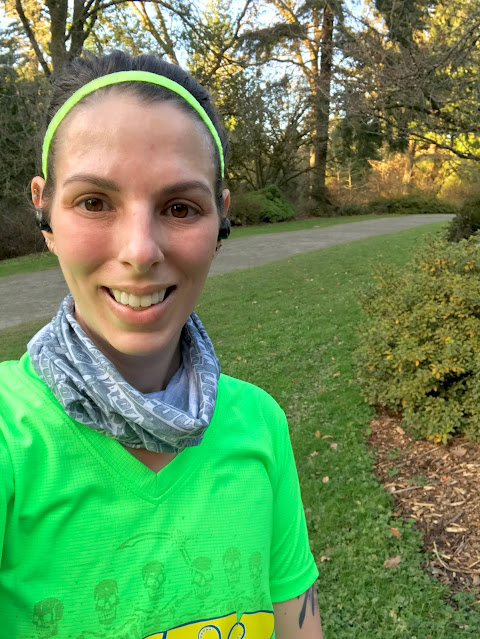 Self-Care 1: I repainted my nails. I go through stages of enjoying painting my nails; it's calming and distracting from other stuff. I enjoy the twenty minutes of quiet, focused time. It's like meditation!

Self-Care 2: This has become a weekly tradition - Shabbat. When we moved to Seattle I told Matt I wanted to start lighting the Shabbat candles every Friday night, even if we don't turn off electronics and truly observe the holiday to its fullest. It's been a really nice tradition to incorporate into my week.

Bonus Self-Care: Sunday night we broke out Munchkin for the first time in years and played with Scott and Robby. We ordered dinner in and just had a relaxing night together.

I'm continuing to enjoy this challenge, and surprisingly feel motivated by it. Usually I get bored by this kind of thing, but this week was my strongest yet. I guess ask me how I feel when week seven rolls around!