Ah, it’s time for the most difficult post of the year. Looking back on 2013 is going to be tough because it was a year of huge change and growth, quite a few firsts, and a full race calendar. These kinds of posts tend to be pretty personal, so I understand if it's not interesting for my usual readers. Still, if you'll allow some self-indulgence, here's my reflection on 2013.

First, here are some of my favorite posts from the year:

January: Worth Its Weight, in which I ruminate on the excellent article "The 25 Golden Rules of Running."

February: Running's Hidden Gifts, wherein I contemplate laundry day and eczema, and Gear Report: Strength and Stretch Edition, where I post awkward photos of how to use a resistance band and foam roller for hip strength and ITBS relief.

March: The Fast and the Furriest race recap. Not only was this a PR at the time, but I met goal #1 for the year and got to run with Kim! 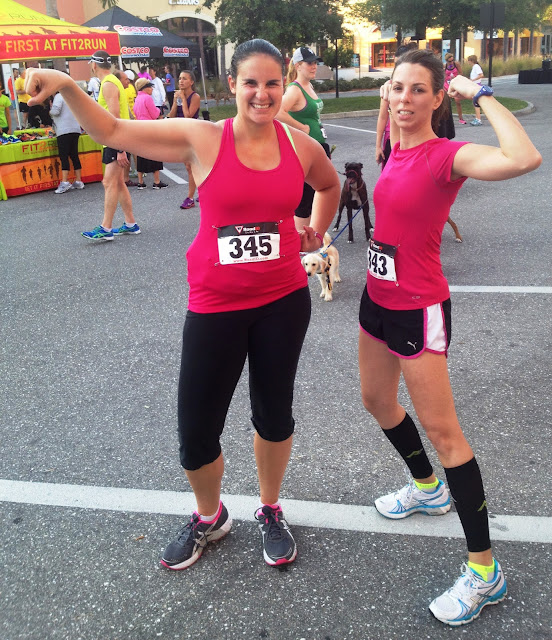 April: I Wish I Knew Then...a little list of things I learned the hard way when I took up running.

May: This is a hard month for running. Both of my favorite posts weren't running related. DC (a reflection on chaperoning my students' trip to the capital) and The End Draws Nigh (about the pit-falls and wonders of teaching) are both teaching-related. 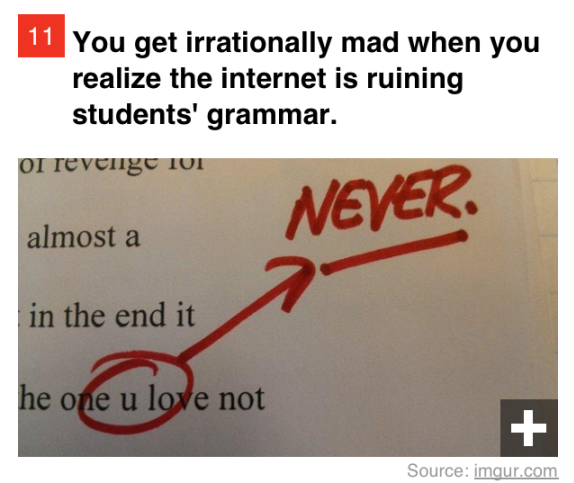 June: Wow, so many good ones to choose from! Here are a couple: A Health Post, in which I talk a little about my angioedema; Handling Honkers, a post in which I take advice from Mr. Rogers and consider flipping the bird at honkers; Smile! You're Running!, in which I fight my natural Bitchy Resting Face; and A Blog in 3 Parts, in which I discuss the RW Running Streak, an old friend's wedding, and my dad.

July: A Very Special Blog Post, a non-running entry for Matt's and my third wedding anniversary; The 10 Commandments of Running is a must-read, of course!; and most importantly, What I've Learned, my reflection on the Runner's Streak as it came to an end. 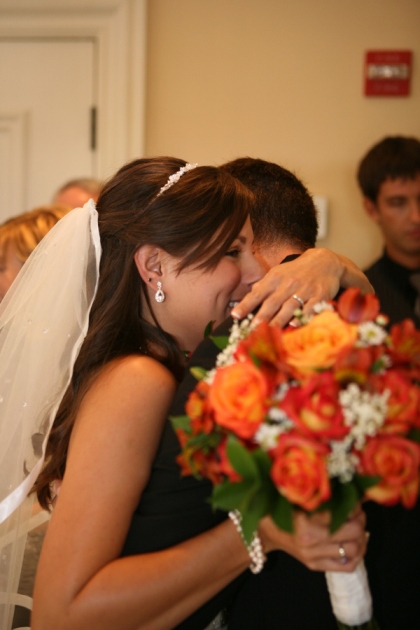 August: My guest post over at See This Girl Run was definitely one of my favorites to write. It was a necessary kick in the pants. I also loved You Know You're a Runner When. 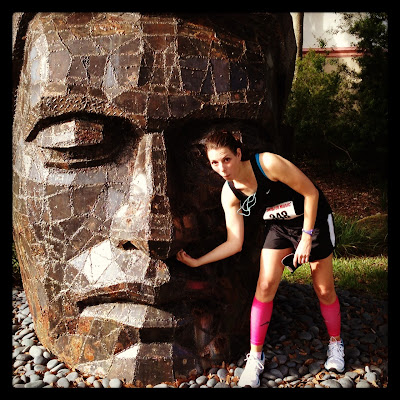 September: 10 Things You Learn When You Start Running...another list that still resonates whenever I reread it.

October: My recap for my first 15k, because the race and the positivity surrounding it still make me smile when I look back at it.

November: A Daring Heart, in which I admit that I'm a scaredy-cat but am trying to learn to be brave, and my recap of the FMB Half, which was supposed to be my first full and during which I found a strength I didn't know I had. 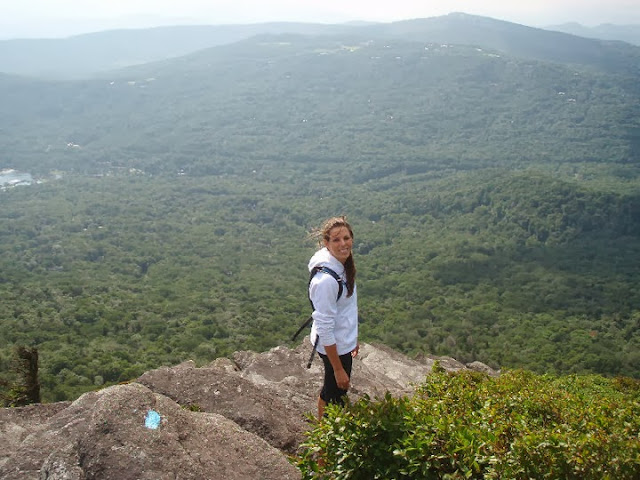 December: The Perfect Weekend...a run, a recovered bird, and a party with friends.

Now let’s take a look at last year’s resolutions.
1. I can't believe I almost sidelined this goal. But in the end, I not only broke into the 28s early in the year (and ran with Kim in doing so!), but I also smashed into the 27s! I haven't repeated the performance yet, so I can't say I've been consistent, but this goal was met.

2. I did run two more half marathons this year - the Naples Half in January and the Fort Myers Beach Half in November. Neither were pretty, and neither were anywhere close to my previous PR or my goal of 2:10. But the latter especially taught me a lot about perseverance and inner strength.

3. I missed racing in May, June, and August, but ran 12 total, doubling up during the months in which I did race. I'm going to call this one a pass because the goal is really about staying on top of training and running the equivalent to a race a month. The breakdown goes: six 5ks, two 10ks, one 15k, one 8-mile relay, and two half marathons.

4. DONE. I ran my first 15-miler this year. Although it's probably what brought on my foot injury, the fact that I was able to complete it was a point of pride this year.

5. For the most part, I avoided a lot of negative thinking this year. I focused on myself and what I needed to do as a runner. I came into 2013 facing burnout, but once I got over that hurdle, the rest of the year was smooth-sailing mentally!

Looking back, I see that this was a year of set-backs, but I refused to give in. I faced injuries and illness, especially as my big fall races came up, but I had learned through the summer run streak that I’m strong enough to push through challenges.

The biggest success of this year isn’t training mostly alone or setting a 5k PR that was so beyond my wildest dreams. It was pushing myself to run the streak fully. I didn’t let myself back out. I'd had no idea when I began the streak how much it would change me; I credit it for the mental fortitude I have now, as the year draws to a close.

This was also the year of meeting my Ragnar teammates, finally running a race with my sister, and my longest long-run ever. 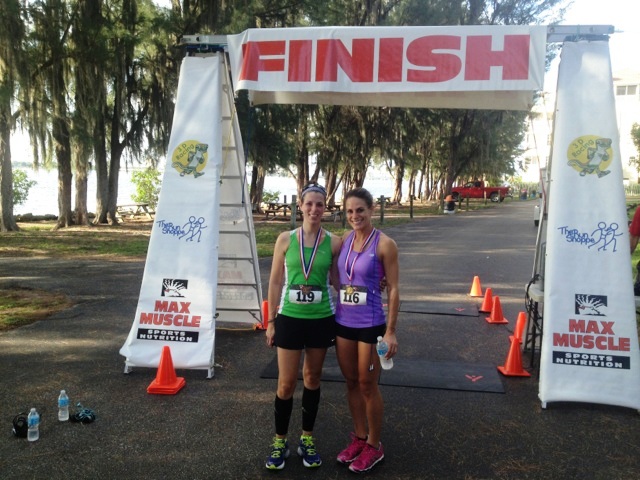 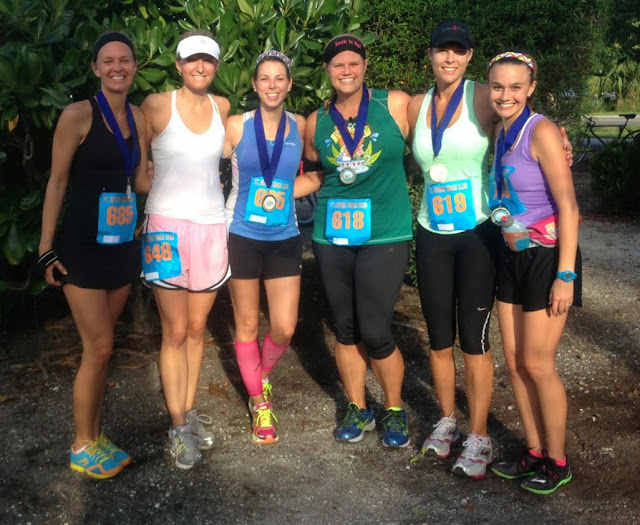 It was a year of finding my commitment and accountability. I’m looking forward to taking who I am now into 2014. I'm so grateful for this year, because it has finally given me the foundation I need to step up my game and meet next year's goals.

How was your 2013?
How would you describe your year in 3 words or fewer? Positivity and growth.