You guys, I'm so excited! Every spring, I stop racing when the mercury climbs; usually, that's in April. That means it's been four months since I last pinned a bib to my shirt.

I love racing, and I get kind of antsy and sad when I don't have a race on the horizon. But now, it's fall! And that means it's time to race.

My first real race of the year (I can't count the virtual Harry Potter race, because Montana alone couldn't bring the race atmosphere!) is this coming weekend. The Sanibel Race for FISH 10k is one of my favorite races; I first ran it three years ago, and have run it every year since.

I forgot it was coming up next weekend, and that it was a significant race, until Sean reminded me. 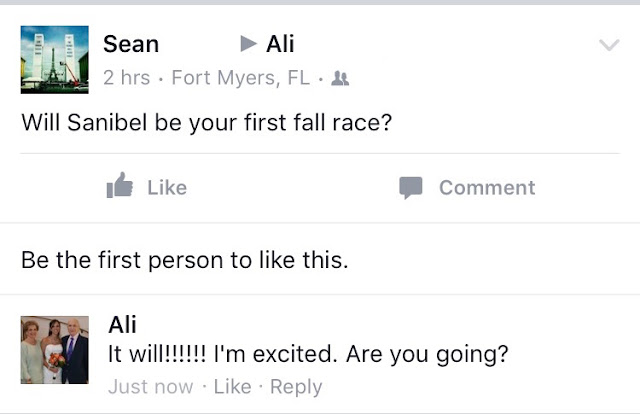 I also signed up for the Virtual Runner's World Festival Hat Trick through the Sub30Club because...well, the challenge seemed like a good idea at the time! It coincides with the Sanibel race, so at least one of the three distances (5k, 10k, and half) will feel like a "real" race. 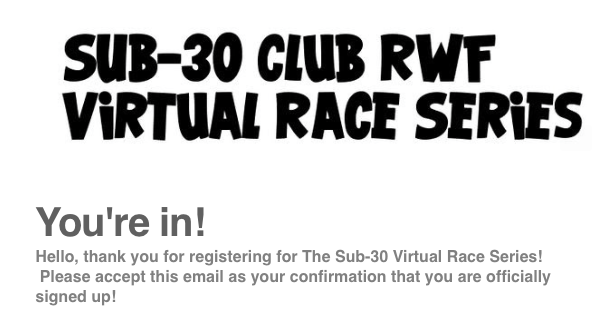 This is a good time for races to come back into my life. I finally had my first really good run since early September. It felt cooler outside, even though apparently the "feels like" temperature was 88. I guess it was the lower humidity. Anyway, the run felt effortless. My paces were even and close to 60 seconds faster per mile than I've been running lately...And that's including the bridge!
Most importantly, I felt happy during the run. Mentally, I was there. I felt confident the entire time. I ran it alone, which helped me feel like I was taking control of my training again. I've been relying on friends to keep me accountable while I've been in this rut, and this was the first time I really felt like I could rely on myself.

(Sidenote: Yes, I nearly got hit by a car on this run, but it was a good run anyway. Some oblivious driver ran a red left-turn arrow and nearly hit me in the crosswalk. I'm okay, just angry!)

I needed that run. And I need this upcoming race! I know the excitement is going to help carry me on as training continues, and I'm glad, because the big day - BDR - is only about eight weeks away!

Have you been enjoying the dip in temperature?
When does you race season start and end?