As you guys know, I was unluckily rained out of this run Sunday, but I was fortunate that we don't have work the Wednesday before Thanksgiving because it meant I could make it up without much delay.
It was really hard to wake up this morning. The temperatures dipped, so I slept until 4:30, which ended up being a mistake. Even once I was up, it took forever to get moving. I sat on the floor in our dressing area (where the coffee pot is since the kitchen is still a hole) and had coffee and my poptart, and then just sat there for awhile. The past week must have really caught up with me.

Finally, I got out the door. I had a Gu in the car (PB, with caffeine); my plan was to start running around 5:30 and I didn't start until six.
I had a good route in mind, and the first loop was perfect. I kept an extremely steady pace and stopped around mile 5.7 to have my first Gu (Salted Chocolate, caffeinated) and water and to take a bathroom break. As the sun began to rise, it was pretty cloudy at first, so things were still cool and comfortable.
As usual, once I started running, things felt good. I listened to Heather Dubrow's podcast for the first loop and it was such a perfect distraction. I tried listening to "Death, Sex & Money" but found it boring. After the first loop, I switched to music.
At the end of the first loop (which was 9 miles), I veered into the neighborhood I've been running recently to add two miles. When I exited the neighborhood and stopped at my car briefly (Gu #3, Chocolate Outrage, caffeinated), I realized how much warmer it was. The wind had picked up a bit, too. I grabbed my sunglasses and headed back out for the second loop.
From this point on - mile 11.5 or so - the headwind was tough. I could feel it affecting my asthma, and breathing was a pain. But at least the wind meant the day still felt cool despite the sun! I was starting to feel some little pains, but I knew I was nearly there and just had to dig deep. 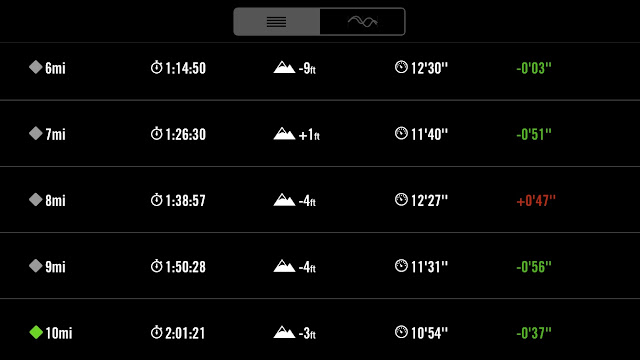 At mile 15, I had my final turn-around. The wind disappeared. Suddenly, there was no shelter from the sun. The last four miles were brutal. I stopped at the park (mile 16.5, Gu #4 - Lemonade. No caffeine and definitely not a flavor I'll have again. I was hoping the citrus taste would get rid of the cloying sweetness of the other Gu, gum, and Lifesavers. Nope) and had some water. A lot of water. 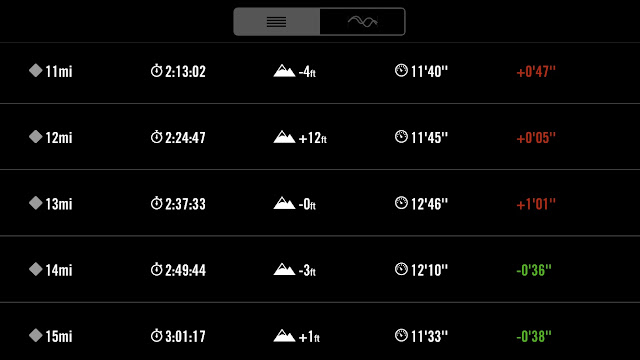 I actually didn't regret chugging water at that point. I walked a little and then just decided to get it done and ran most of the rest of the way. By this time, my left knee really hurt (definitely IT band pain) but the rest of me felt good, just tired. And my mouth felt disgusting. It was pretty distracting!

I stopped my GPS at 20 miles and walked the last quarter mile back to the car.
I'm really pleased with my pace on this run. I didn't pause my GPS at any stoplights, and while moving my pace was always in the 12:20 range (although it dipped into the low 12s at some points, which wasn't smart planning on my part). I paused it during my bathroom break at 5.7 and at the car pitstop at mile 11, but all the times I had to stop at crosswalks and didn't pause seemed to even out those discrepancies.
I am definitely ready to eat my weight in pie and enjoy taper from this point out. I'll be taking it easier this coming Sunday, and then I have one more long run (8 or 12 miles probably) before race day!

Can anyone recommend a not-too-sweet gum with long-lasting flavor?
Do you watch Real Housewives? I unashamedly watch OC, BH, and NY.