International Holocaust Remembrance Day (Or: Why I Teach)

Florida has many faults, especially when it comes to education, but I am proud to work in one of five US states that has mandatory Holocaust education built into the curriculum.
Every January, I scrounge the news for new things to add. There's always something: an aged Nazi, discovered after all these years, that people feel conflicted about putting on trial; graffiti on a Jewish cemetery; rising anti-Semitism in Europe. There are feel-good stories, too, but only on days like today - International Holocaust Remembrance Day.

I undertake this unit with the gravity it's due, and I am never disappointed in the change I see in my students afterward. This year, I had my friend Brittany (who has worked for a decade with refugees in war-torn countries and who has studied the Holocaust and visited the death camps in Poland) come speak to my students to help introduce the unit. 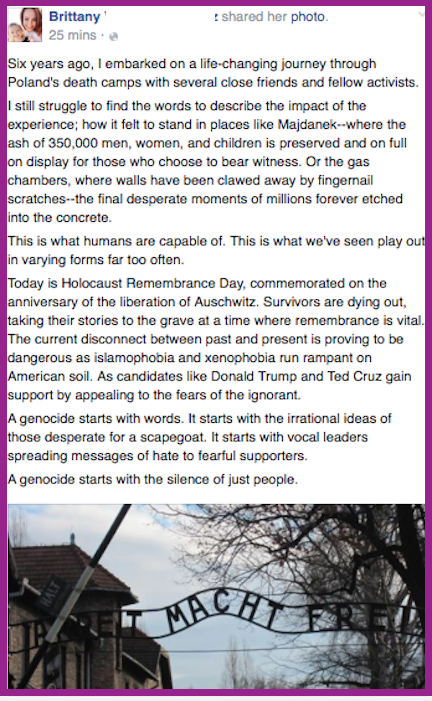 We walked through the timeline of events. We discussed how and why Hitler was able to obtain power. And we took our annual visit to the local Holocaust Museum. We are very lucky - old people retire to Florida, and those old people include survivors of the Holocaust. The museum was started by 7th grade students as a project, and now it's filled to bursting with genuine artifacts and photos donated by those survivors. Many of them come to speak to visiting classes.
Every year, we hear at least one survivor speak. In 2014, a survivor named Abe Price shared his testimony with us (he was truly the gutsiest man I've met - his story of escape and survival is awe-inspiring), and he passed away two weeks later.

We were the last school he ever spoke to.

My students, grief-stricken, organized themselves, convinced their parents, and - without my knowledge - attended his funeral. They did it on their own. I still choke up thinking about it. They made me so proud.
This year, my kids had the chance to hear two speakers: Jacques and Sabine van Dam, who were both children in hiding at the time of the war. Jacques avoided capture; Sabine and her family were discovered and sent to a transit camp. From there, her parents were sent to Auschwitz, and then on to Bergen-Belsen, where they did not survive.
It's hard to look at 8th grade students and know if something has impacted them. They usually initially hide any emotions with bravado and off-color jokes. The day after the trip, I gave them ten minutes to write a reflection of their visit to the Holocaust Museum, and I allotted twenty minutes to discuss questions and reactions.

In all my blocks, we spent our entire 90 minutes talking.

This is why I teach. I see the dawning realization in these young people that the world is cruel, and that they have the power and responsibility to fix it. To make it better for the future. Their absolute confusion about how people can be so ignorant and hateful is refreshing.

All of this is a lead-up to our reading Elie Wiesel's Night and watching various survivor testimonies. All of the instruction is linked to reading, but it's about so much more than that. It's about helping students to become empathetic, tolerant citizens.

I see it everyday. It makes me realize the world isn't all bad. 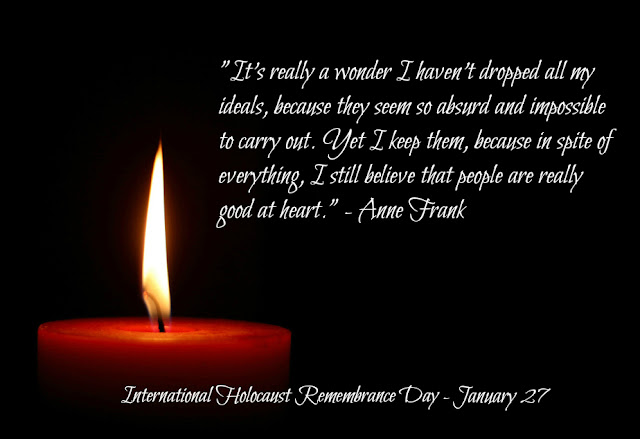 I know we see so many terrible things in the news these days, and we're facing a terrifying election season this year, but I truly believe our young generations are so accepting and progressive that we really do have a bright future. So the silver-lining of teaching about such a difficult, painful topic? I get the satisfaction of watching them learn and grow and think and question, and I get to see the hope for our future right in front of me every single day.

It truly is a gift.