This Week in Running

It's officially been a month since A1A, and I finally feel fully recovered and mentally there for running again.

This week was a nice improvement from last week. On Tuesday I met Elizabeth for quarter-mile repeats.
I missed my scheduled recovery run Thursday because I was traveling for work - I had my final meeting for the CRT cohort I've been participating in - and ended up getting home and eating dinner after 8pm, but I felt okay about it because my quads were still feeling Tuesday's run and I had a daunting tempo run planned for Friday.

That one went exceptionally well. I wanted to keep the tempo miles in the mid-10s, but I also wanted to include the bridge to help prepare myself for next Sunday's half.

Elizabeth and I ran a slow warmup mile, then began our increased pace on the first uphill slope of the bridge. We held it and continued to get progressively faster as the run went on; our fastest mile was the second bridge ascent! Our final mile felt like a real treat after those middle three, even though it was faster than our first.

That is honestly the kind of run that gets me fired up and excited to keep running. It felt so good to struggle through that one and push my body to a challenging pace. I was really proud of us.

Sunday called for a shorter long run because technically I should be tapering for Marco, but I still wanted to hit double-digits because that's always a confidence-booster. So I was willing to run anywhere from 8 (tapering) to 12 (I feel fantastic!) miles.

This run was rough. The tongue in my right shoe kept slipping, which gave me shin splints, and my stomach was upset for the first 2.5 miles. I finally ran back to the house to use the bathroom and retie my shoes, then headed back out. This was a mentally challenging run but by the end I felt strong and proud that I'd pushed through. My miles were progressively faster, with the last being the fastest at 10:26. 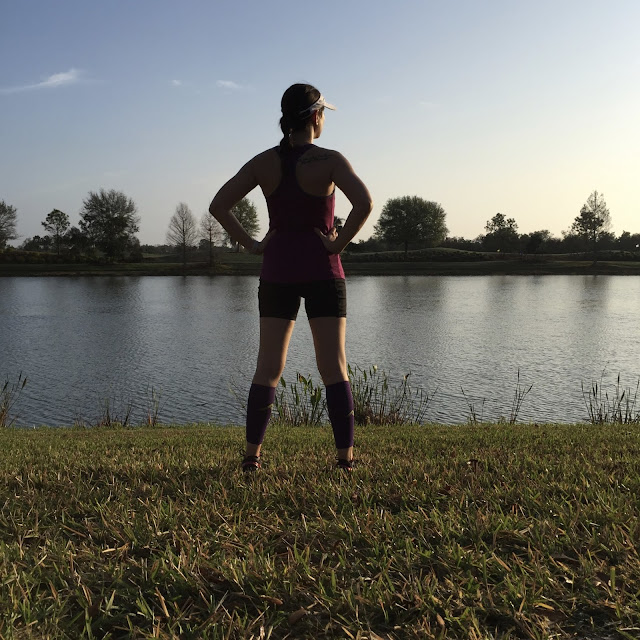 So over all, this week brought me closer to what my goal weeks look like, and I think I made good progress and had quality workouts, which is really what matters. I love when good runs leave me feeling ready and excited to get out there again!

How did your week look?
Do you prefer doing speed work alone or with a buddy? Elizabeth was worried she wouldn't be able to keep up during the tempo, so we had a contingency plan in case she fell behind, but she did a great job and we ran the entire 5 together!