Monday: Two rounds of Blogilates. You know what's weird about ab workouts? They burn SO much during but as soon as you're done holding a move, the pain goes away! I don't even feel like I've done a workout until DOMS sets in.
Tuesday: Elizabeth was leaving for Nicaragua to visit family that evening, so we fit in our last workout together on Tuesday morning. Usually we do speed work at night; it was hard to remember what I like to eat before an early, hard-effort run. I ended up just having a Gu (salted caramel, with caffeine); it's been awhile since I've eaten one and the texture was super gross, but it ended up being the perfect fuel for the morning.

We did 8 x.3 repeats. The first was slow (around 9:25) as we woke up, but after that everything was in the 7:40s. I felt unstoppable; I would have done two more repeats and I regret not going a little longer, but it is what it is. 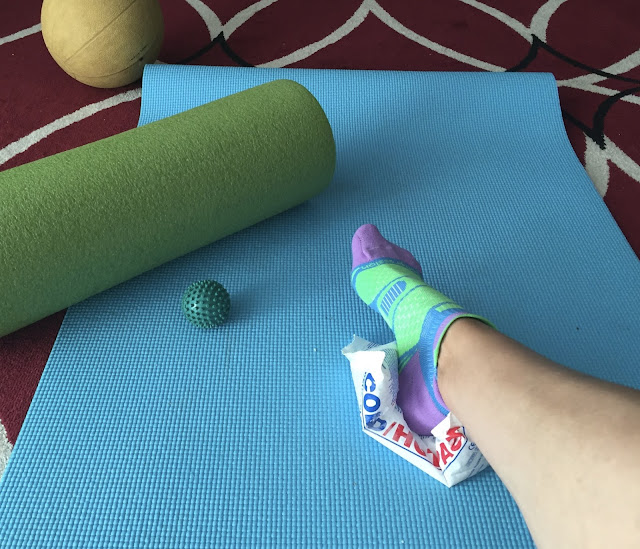 Between rotations we did upper body (presses, bicep curls, tricep dips, and push-ups) and when I got home I did a few minutes of abs and iced my heel. I've been having a little pain in it that I think is mild, early PF. I've had this symptom before, so I'm just icing, massaging, and stretching diligently. Hopefully it goes away soon!

Thursday: I created a lower body/core circuit and completed it while watching Castle reruns. 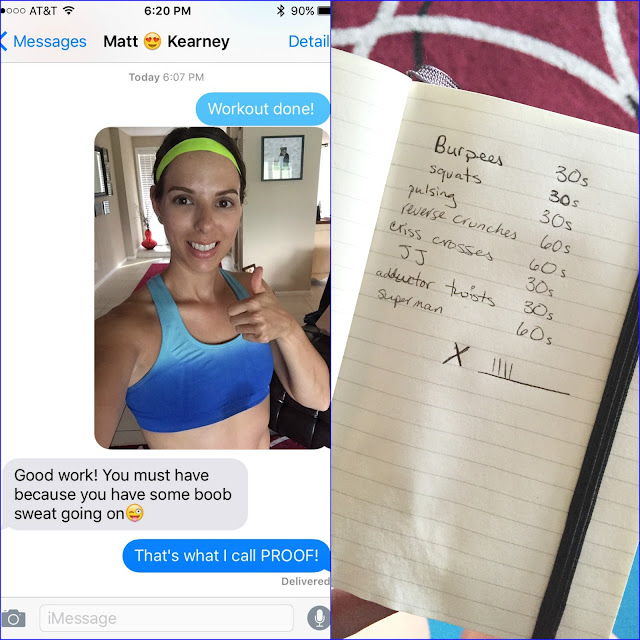 I was pretty proud of myself for putting burpees in there because I hate them, but I'm trying to learn to love them.

Friday: I went out for a moderate-paced run without a goal pace or distance in mind. I just knew I had to at least complete a 5k. It was my first solo run in months, and I just wanted to enjoy the golf course, my music, and my thoughts. I paused at one point to take a picture of a rainbow I saw. I ran in and out of the sprinklers. I generally just enjoyed myself.

Even though I'd already donated to the official GoFundMe for the Orlando victims' families, I signed up for this virtual race (the proceeds also go to the Orlando families) as well. Tonight was a good night to run it. I feel like that rainbow was kind of a sign.

Saturday: Lots of errands and work today...I was going to do some core work, but ended up resting.

Sunday: I slept fitfully Saturday night; I think being on prednisone for my allergies this week is messing with me and giving me insomnia. After waking for the fourth time around 3am, I turned off my alarm (which had been set for 4:30) and planned to run long in the evening.

Then this happened:
So in the end, I did a quick circuit instead. I'm really enjoying creating these myself, and I like that they're a fast workout but effective! I like that I can do them at home whenever I want, no matter the weather.

This is the first run I've missed in months, and I'm pretty unhappy about that...although maybe I should be impressed with myself for fitting something else in, instead! Oh well; nothing I could about it this time around!