Let me start by saying that this 5k was actually 4.3k (2.66 miles), so my "23:53" finishing time is impressive, but not that impressive. This was a first annual race, so I'm giving them a pass on the short course. 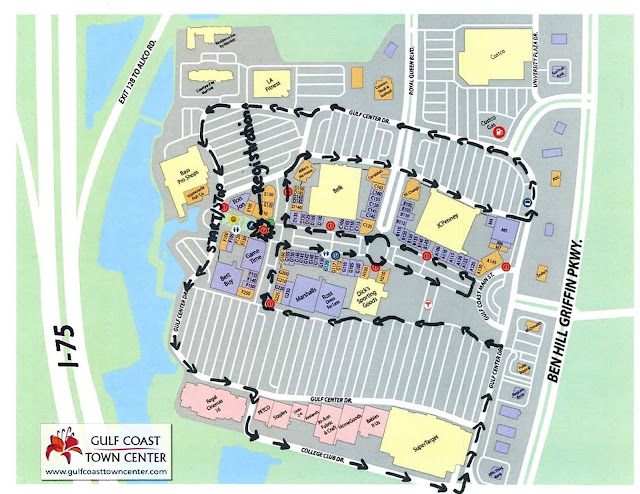 I arrived at GCTC around 6:50 and texted Jenn to let her know I had arrived, and it turned out I had parked right next to her! 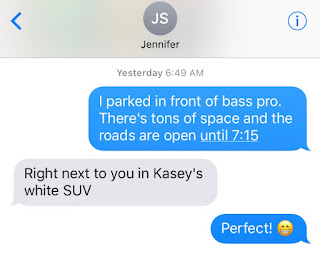 We already had our bibs because Ashley had picked up everyone's early and delivered them to school. There were a whole bunch of us teachers running: Jenn, Tubbs, Ashley, Kasey, Michelle, and Shelagh. Kasey, Jenn and I made our way to the staging area and the bathrooms, where we ran into everyone else. We hung out and took some pre-race photos until it was time to start.
Because this race was fairly small, I ended up starting right at the very front of the line! Talk about nerve-wracking. Luckily, that didn't last long. Within the first few seconds of the race, a handful of people had passed me and I was able to let up on the pedal a bit and find a good cruising pace.
I hadn't run in over a week and was a bit worried about my stamina for this race, but everything felt good. The day was cool (73) and overcast. There was some gusty wind that made it hard to breathe at some points, but mostly I felt good.

The course took us weaving through an outdoor mall's parking lot, and while I ran up one of the lanes around mile 1.5, I caught sight of Jenn, Kasey, and Tubbs. I shouted at them but they didn't hear. Around mile 2, I could see the finish on the other end of the parking lot and knew the course would be short, but I wasn't sure how short.
At that point, I began to feel my pace waning, but I knew I was still toward the front and wanted to try to keep pushing it. Around mile 2.4, Shelagh caught up with me (she'd been running with her daughter) and passed me. Then her daughter did. I finished just behind her.

I got a water then headed back onto the course to find the others. I found Jenn and Kasey just where Shelagh had first passed me, and I ran with them back to the finish and peeled off in time to get finishing pictures for them. Then, I went back and found Ashley, Michelle, and Tubbs.
Shelagh's daughter had followed back out onto the course, and she called to Tubbs to "run with her heart" and that seemed to really perk her up.

After the race, we hung out to see results and bask in our accomplishments. I ran into Mari, who you may remember from Ragnar and various other races. I saw her at Sanibel, too, and it's been nice to bump into her at races lately.
Shelagh placed first in her AG, and her daughter placed second in hers! I placed 8/43 AG and 21/168 OA. For a race that was short and that I ran for fun after some time off, I'm perfectly happy with that.

It was such an awesome experience to run this race with so many teacher friends, three of whom had never run a race before. They were really proud of themselves and so ready to find another! I was disappointed with the short course, but overjoyed with the experience and atmosphere. 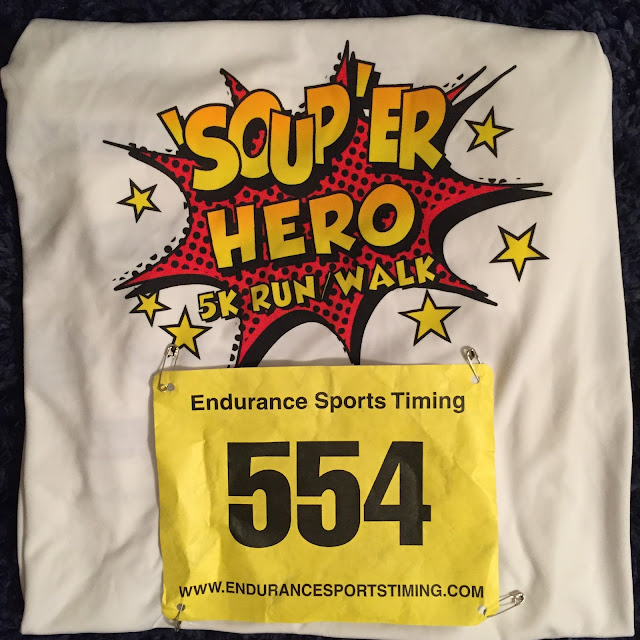 If they fix the course next year to make it a real 5k, I'll probably be back.

Have you ever dressed in a costume for a race?
Do short courses bother you?