Today I'm linking up with Amanda at Running with Spoons to share some random thoughts.

1. More kitchen stuff! Our kitchen island came! I spent over four hours putting it together all by myself. It was a pain because the instructions weren't clear about which way certain boards had to face, so I ended up taking it apart and starting over twice.
But it's gorgeous! I built the doors and drawer and lifted the granite top (which is real granite and so freaking heavy) and everything! I was pretty proud.

I've already used it to prep breakfast and dinner and I'm so glad I finally decided to just jump in and buy one - Matt and I had debated getting an island for months but it was definitely the right choice.

2. Self-love. This week I realized how far I've come in the "body acceptance" area of my life. Like, I've finally gone from "acceptance" to full on embracing my body.

Instagram always brings up a lot of fitness accounts when I'm scrolling through searching for new people to follow, and often that means "fitspo"-type posts come up. Looking at some of those photos this week, I found that I wasn't comparing myself to IG accounts of perfectly fit or impossibly thin women. 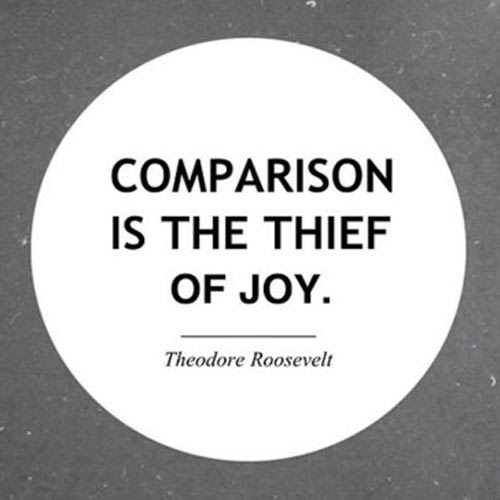 I've spoken only briefly of it in the past, but I've dealt with disordered eating and I was surprised and proud to see that my mindset has finally naturally shifted away from wanting a waif-like body. (Some people are naturally waif-like, and that's fine, but that's not me.) I've never been happier with where my body is and what it's capable of, and it felt really good to avoid that comparison trap completely without having to consciously readjust my mindset.

3. RUNNING! Getting four runs in last week, even if our "long run" was shorter than planned, felt so good. I told Elizabeth after one of my two runs in late December that my body and mind felt good after running even if my legs didn't - I forget how important running is to my over-all wellbeing. I am so, so happy to be running again.
Elizabeth raised a good point when so many people teased us for wearing long sleeves on our run Sunday...It literally goes from 80+ degrees to 50s overnight in Florida. We never acclimate to winter properly because the temperature drops 30 degrees without warning! That makes me feel better about how cold I felt!

4. Conversations on the run. While running one afternoon, Elizabeth and I received a few more honks than usual. (One of them was very encouraging and called out, "Keep it up, girls!" but the rest were just obnoxious as usual.)

We'd been having a normal running conversation, but eventually I couldn't ignore how strange it was that we'd received more honks during this one run than on the last dozen combined.

Me: "I wonder if we look really good right now, or if we look like we're dying and need to be woken up. Or if they think this is our New Year's resolution and they're trying to encourage us?"

E: "I wonder if they'd honk at us if they knew we were talking about poop." 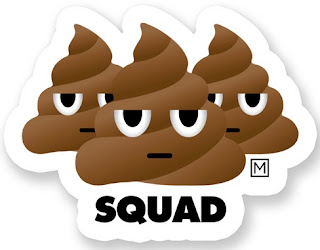 I died laughing. Seriously! I imagine the people who honk and catcall would be pretty surprised if we turned around and told them we'd been talking about how running wreaks havoc on your intestinal tract.

We joked a little bit about maybe getting shirts that say WE'RE TALKING ABOUT POOP on the back so drivers have fair warning. It might make a good deterrent!

5. Candids. And, just because, here's an outtake from our workout picture from Monday. An old student had stopped by as we finished up, so he took the photo, and we were joking around about how we should pose.

What are some random things going on in your life this week?
Have you ever built furniture? (IKEA counts!)