Months ago, I did a little survey for Matt's and my anniversary. Matt (mostly) correctly guessed that if I could be best friends with a celebrity, I'd choose Stephen King or JK Rowling. When Ana posted about her race with Christopher McDougall, it sparked a memory of that post. It got me thinking about what I would talk about if I were given the chance to run (or walk) with either of them.

Why SK and JR? Well, Stephen King is the author I credit with making me a reader. I could take or leave reading as a kid, but in 4th grade I selected Cujo from my parents' vast shelf of King novels and it completely changed my relationship with books. Suddenly I became a voracious reader and budding writer. I consumed every King book I could get my hands on and I read them without stopping, often finishing them within 48 hours.
When I first started reading the Harry Potter series, I was in high school. My mom gave me the second book, telling me I could skip the first and not be too lost in the series. (Yes, the first time I reread the entire series, I finally read The Sorcerer's Stone for the first time and it may actually be my favorite. It's so much lighter and funnier than the others!) Anyway, the series obviously opened my eyes to social justice and gave me a smart, kickass female protagonist to look up to. 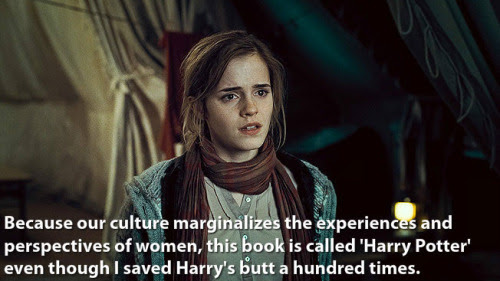 But the series did more. It helped me understand the genre I was interested in writing. I hadn't realized I was a fantasy/adventure writer until I read Harry Potter, and the revelation was welcome and comforting. JK Rowling made fantasy mainstream, acceptable, and cool.

So anyway. Stephen King actually has a house down the road from one of my high school friends; he was at the Women's March in Sarasota; Britt got to hear him speak - so jealous!
If I could go on a run (or walk) with him, I'd ask:

How did you silence the internal critic who told you your work was garbage?
How did you persevere and find a market for your novels?

Rowling is notoriously active on Twitter and trolls are no match for her British wit. I love watching her take them down. Here are just a few that made me laugh recently: 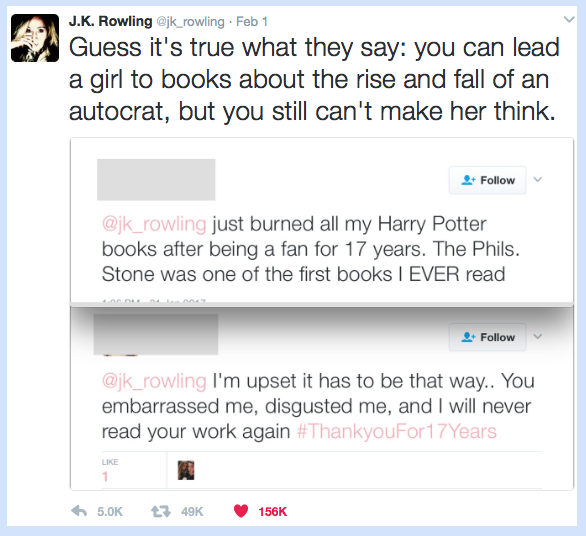 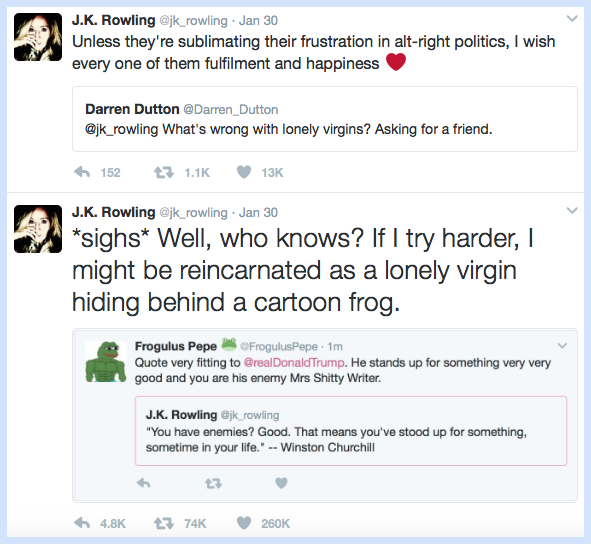 She also donates absurd amounts of money to charity and began an organization that helps displaced children, called Lumos. If I were to walk with Rowling, I'd ask:

How do you get people to take you seriously being a woman best known for your YA fantasy series?
What can I do to positively impact people and change lives, as you have?

I'd ask them: How did you manage to achieve such success when you came from such broken, disadvantaged backgrounds, and how can I use your examples to inspire students?
I'd ask them: What would you say to someone who looks at the world and feels hopeless?
I'd tell them: Thank you. I know now that reading and writing saved my life in many ways. I found solace in books and words; I found places where I belonged; I discovered that people who thought like me existed in the world and were successful adults. I didn't realize then how much I needed that, but these days, I know enough to be grateful.

If you could spend time with any celebrity, who would you choose?
Why?
What would you ask them?