A Privilege and an Honor

In early March, the executive director of our local Holocaust Museum, Amy Snyder, reached out to me to see if I'd be willing to speak at an event. She wanted me to speak on how my school's relationship with the museum has impacted our students over the last eight years.
When I agreed to speak, I imagined it would be a fairly small event. But I was wrong. On March 22, I found myself speaking in front of more than 200 patrons of the museum (including Holocaust survivors) and Erin Gruwell, the teacher behind The Freedom Writers. (She was the keynote speaker at the event, and she was fantastic!) 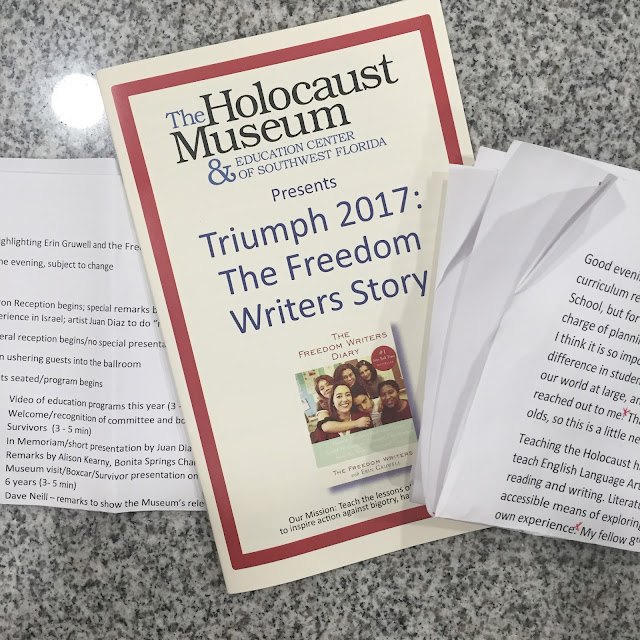 Dinner was fantastic, but I was a little too nervous to really eat. I expected Amy to introduce me, but I was caught off-guard when she finished my introduction with: "If she looks familiar, that's because she was in People Magazine as an MLB All-Star Teacher in 2014!" Talk about setting me up.

Anyway, my speech went well. I had practiced it carefully, but went off the cuff as was appropriate to thank Sabine, the survivor who spoke to our kids this year. 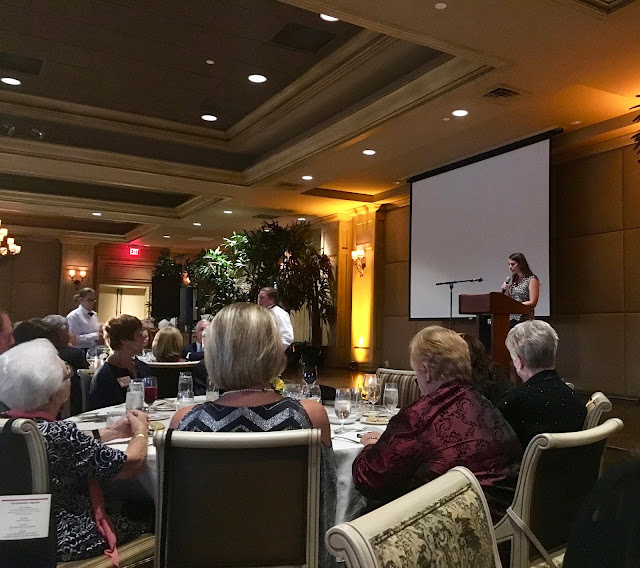 At the end of my speech, I spoke about Hannah, a student who was so changed by our Holocaust education program that she has sought out ways to get involved in humanitarian efforts and will be going to school with the goal of eventually working for the UN. She actually volunteers at the museum when she can, and she made it to the event. 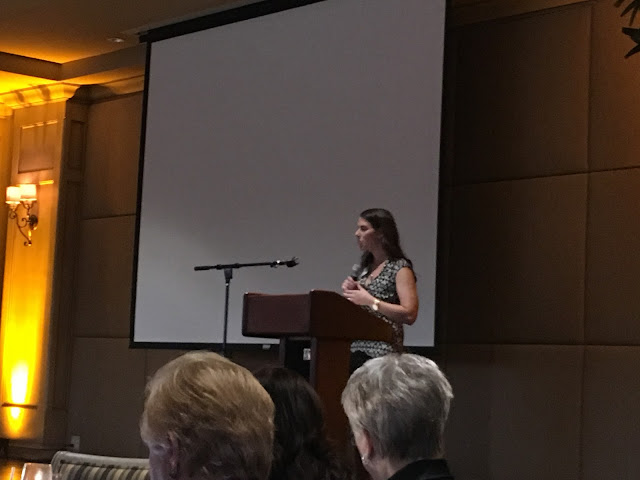 I promised her I wouldn't embarrass her, so I spoke about her but didn't point her out; but after I finished Amy took the mic and said, "And Hannah is here tonight! Hannah, raise your hand!"
Throughout the rest of the night, people came up to her, asking if she was the "famous Hannah." It was fantastic to see her acknowledged; young people who work hard to change the world deserve praise. For someone just barely 18, she's already done so much and worked so hard to make a difference in the world. That's what teaching is all about.
The most poignant moment for me was after my speech had ended. An elderly woman named Becky came up to me and thanked me for talking about Abe Price in my speech. Abe was a survivor who shared his story with my kids two or three years ago. We were the last school he ever spoke to; two weeks after, he passed away. Becky was a close friend of his; she said she remembered how Abe was different after speaking at our school, intimating that he knew it would be his last. My kids worked together to attend his funeral. She told me how moved she was that they had done that, and that she appreciated my honoring his memory in my speech.
Let me just say, there were a lot of tears that evening.

Erin's presentation was outstanding. She showed clips of the Freedom Writers film and the actual film of her students going to Auschwitz with her. In a time when we're seeing a rise in hate crimes, Holocaust education has never been more important, and it reaches students on all levels and in more ways than we can articulate.

It was completely an honor to be invited to this event and to speak to the importance of teaching the Holocaust to students. I wish I had remembered to talk about how this topic turns my non-readers into readers, my quiet kids into curious questioners, my apathetic kids into people of action.
I spoke for five minutes, but there was so much more I could have said. I wish I could share the importance - the word is just not strong enough, truly - the gravity of teaching the Holocaust with more than just those present that evening, but I feel so lucky that I had the chance to do even that much. And I feel so, so lucky to have the museum nearby so we can continue to work as partners and continue to change lives.

I've uploaded my speech (for now at least - I'm not sure how long I'll keep it up) to a page on my blog for those who may be interested.

What is a cause you are passionate about?