The Next Race (Goal-Setting)

On Wednesday, my mom told me my posts have been so positive and she loves that I'm running again. I told her, "I know...even I'm getting sick of how much I'm gushing!"

So this post will maybe be less gushy and more goaly.

On May 5th I'm running the Riverfest 5k in Port Orange. We've never run this race before, so the course and venue will be totally new to us. We were drawn to the race because it's near our friends Mark and Shane, which gives us a good excuse to visit them. Plus there's a separate SUP race, so Matt can double-dip. 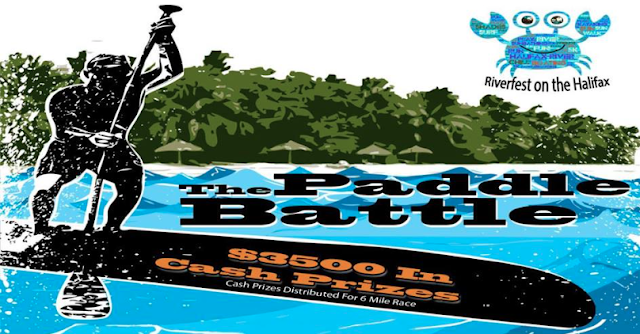 Setting goals for this 5k is proving more difficult than it was for the Fast and the Furriest. Ironically, now that I have a pretty good baseline for what I'm capable of, I'm struggling to choose goals that are both challenging and realistic. When discussing this with Elizabeth (who guessed my last 5k time almost on the nose), she suggested I aim for 27:30. She thinks I could do 27:00 but based on the projected heat, gave me an extra 30 seconds.

Her reasoning was that I've been running the first two miles of most of my runs in the low-9s and feeling, for the most part, like that pace is comfortable. Add in some heat, a third mile, and race-day adrenaline, and we've got another story. I don't want to sell myself short, but I'm also not sure I can truly hold 9:00 miles for a 5k. I couldn't during F&tF.

Still, breaking 28:00 sounded doable but tough. So there's my A-goal. For my B-goal, I decided beating my time on the last 5k would leave me with a sense of accomplishment. And my C-goal...
After I wrote these goals in pen I researched the route and apparently the race goes over a pretty big bridge, so now I'm freaked out. An out-and-back 5k with a big causeway you run twice without a break between ascents? (I'm envisioning the Run to the Arts 5k from a few years ago. Ouch.) Yeah, that's tough.
Elizabeth originally approved of all three goals, although she thought C was a little conservative. Then we did a 5k bridge run to simulate race-day conditions and I just think I'm not yet strong enough to hold sub-9 miles in those conditions. My original goals can be pushed back to the next 5k (in late May). Elizabeth thinks the C-goal is still attainable (haha) but now I need to revisit the others.

I finished the Run to the Arts 5k in 33:xx, so I think a lofty goal for this similar race would be a sub-30. I'll be happy with 30:00 flat, really. That makes my B-goal "no walking", which may actually be really tough depending on how fast I start and how steep the bridge is.

Also, isn't it kind of hilarious how setting goals for a 5k can be such an arduous process? But it's fun to be putting thought back into my running and formulating goals. I feel like 5ks are giving me a nice balance between running-for-fun and running-for-training. I'm really enjoying it.