This 5k marks the end of this "race season". I'm so pleased that I was able to race a handful of 5ks this year before summer got into in full swing. The Sup & Run was a good race to end with until fall.

I ran this race back in 2016 when I was focusing on short distance running and speed. It was the first time I broke 27 minutes in a 5k and one of the first times I ever made it on the podium. I was excited to run it again, but I knew I was nowhere near in the shape I had been the first time I'd run it. When we drove to packet pickup on Friday night, I had pretty bad nerves.
This race starts pretty late for a 5k, and by the time we lined up at the start line, I was already sticky from the humidity. Matt was doing the SUP and Run while I was just running. In the corral, which was narrow and crowded, I broke off from him to find a more open spot. I heard someone shouting my name, and looked back over my shoulder to see two Skirt ambassadors, Jenna and Wendy, right behind me! Seeing them helped put me in a positive mindset, and I was immediately looking forward to seeing them after the race.
In the first mile, there was some jousting to find a good position. There was one lady in particular who seemed completely unaware of her surroundings and kept running into me, like she wanted to run me off the route to make room for herself. I wasted some energy getting around her and out of her way, and until I'd done that she really messed with my pace. But I can't complain; my first mile was the fastest I've run a mile in ages, including in race conditions.

During most of mile 2, I felt strong but was starting to struggle by the end of it. The humidity was making it very hard to breathe, and my whole body felt heavy and tired. It was weird, because my legs felt great and fresh, but my body felt like such a burden to carry!

I knew based on my splits that I had a pretty good time under my belt, so when I started to really slow down in mile 3 I wasn't too distraught. I had literally zero goals going into this race, and that gave me the freedom to do well but not kill myself.

When my watch buzzed at mile 3, I thought for sure I was going to beat 28:00; imagine my surprise and disappointment when the last .1 felt long and the time on the clock was slower than my last 5k, which had included that stupid bridge.
My brain was in a total fog for awhile. Matt's parents were at the finish line but I just wanted to get my medal and water and walk off my post-race nausea. After awhile, we went to the finishing chute to wait for Matt, who was out on the water.
I found Wendy and Jenna and got to meet a few other ambassadors I hadn't met before. By the time we had caught up and taken photos, times for the 5k were posted. I found my name and saw I had placed 6th...And this year, the race was doing awards 6 deep, so I kind of made the cut!
The times were all posted chronologically without age groups, so I was a little disappointed until later, when I saw that the top three women in my AG had run incredibly fast times and were well out of my current league. 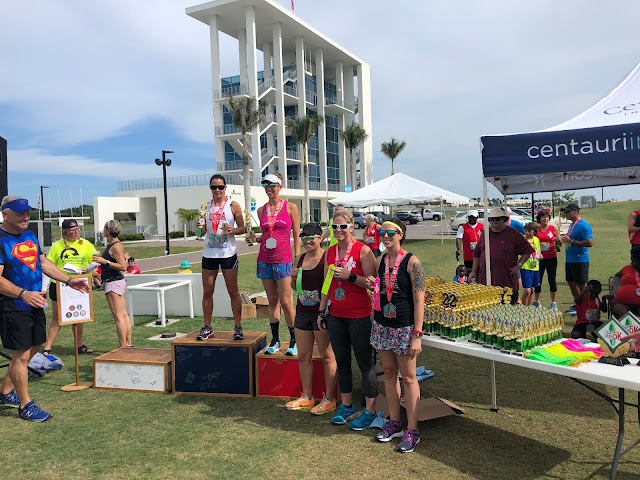 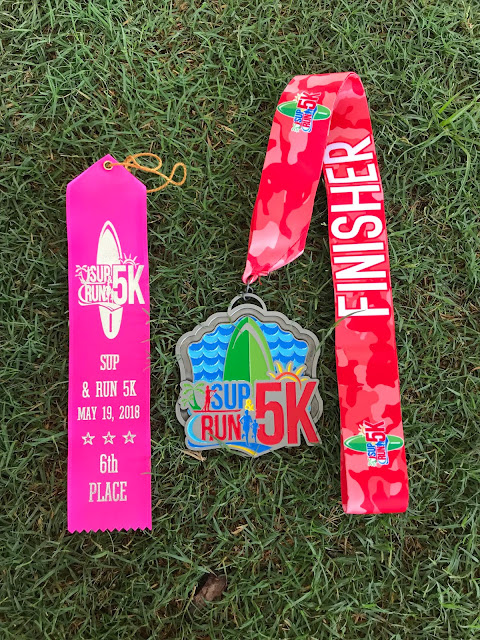 Matt placed first in his division and 6th overall because he's a beast. He had looked at the competition and thought he'd be able to place 2nd, so placing 1st was a great bonus! 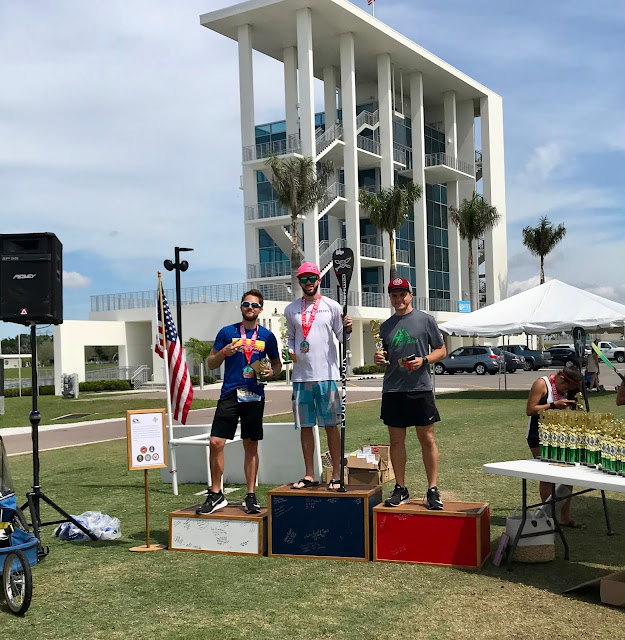 Overall, I was surprised by the gamut of emotions I experienced during this race. I was excited to be running it, but then didn't really care to try to push myself too hard. I was disappointed in my time, and simultaneously pleased and disappointed in how I placed. Then I discovered the course was long and my actual 5k time was probably sub-28, and I was happy and frustrated.
Basically, I think this all goes to show that I'm at the point where I feel I can be doing more and performing how I have in the past, but I'm also ready for a break from races. All in all, I can't complain, and considering where I was this time last year, I think I can be pretty proud of where I am now. 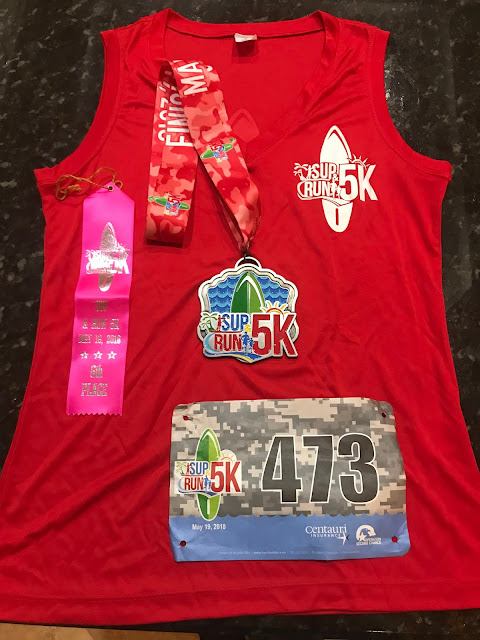