I actually ran four times in the last seven days! That means I've hit another post-surgery milestone - the highest weekly mileage I've seen in over a year! 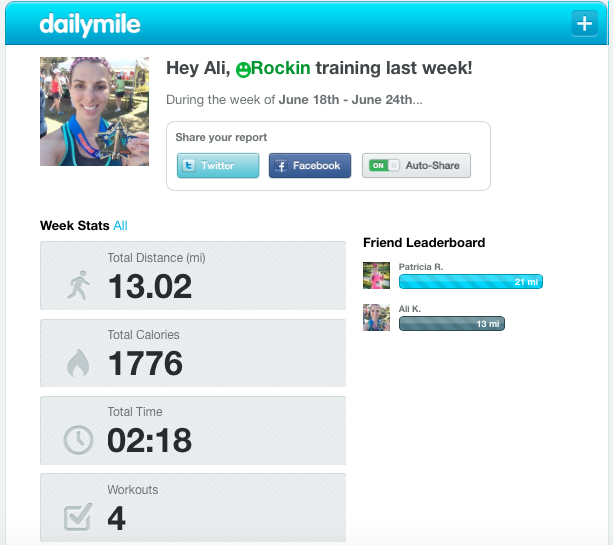 Sunday, Elizabeth and I ran an easy 2.5 miles around the golf course. I was thinking about how nice it felt to have a quality running week under my belt. Summertime is always weird for running schedules - I'm rarely training for anything and I can't keep track of the days of the week, so my consistency suffers. This past week, I tried to fix that by running every-other-day, and that really seemed to work.

Anyway, as we finished the run and I was basking in my accomplishment, I began to wonder if it's time for me to start running with more purpose. Obviously I know my body is ready for it, and I'm actually surprised how soon it feels that way.
I know it's been a long time since surgery and even longer since I had to stop running entirely due to my calves, but in the grand scheme of things, I've bounced back really quickly.

Part of me is loving the freedom of running when I feel like it without any prescribed runs. I'm not craving speedwork or consistent long runs or anything like that. I feel much like I did when I very first started running, when every run was a victory and I didn't need bells and whistles (or goals) to make running worth it.
Another part of me is frustrated with this sort of plateau I've let myself settle on. I know I can be ratcheting up the intensity of my runs and building in some bridges, speed work, and long runs. I have a desire to get back to where I was before compartment syndrome interrupted my life. I want to eventually exceed where I was. That means I can't let myself just do whatever for the foreseeable future.

I wrote awhile ago about starting long runs again this summer, and that's still something I want to do, but it also doesn't feel urgent. I have been building mileage, but I haven't been moved to run a consistent long run each week.

Basically I am stuck in two states of mind right now. I think the disconnect stems from the season. I really don't like training during summertime - there are too many interruptions, the weather stinks, and my sleeping schedule is all over the place. Maybe that's the bottomline, then, and the solution:

I am excited to have something to train for and to have a more structured running schedule...in the fall.

Last Wednesday evening as I finished my run, I had my first summer reality check. I was dehydrated from being sick all day, but I decided to try to run anyway. By the end, I was so dehydrated I decided to just stop my watch and walk it in. 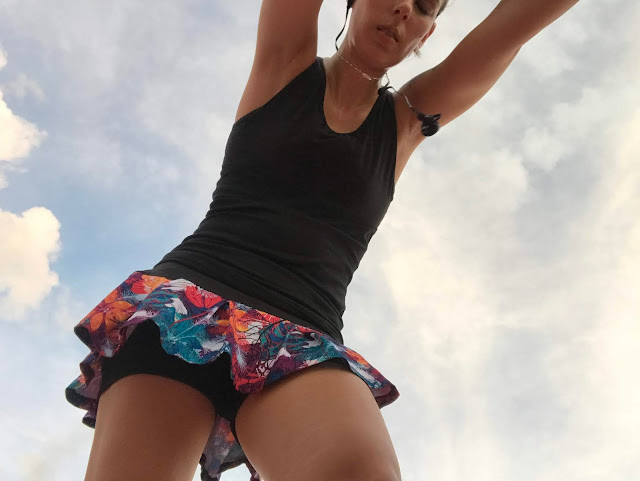 As I walked, I lifted my tank top. It's one of my favorites, with a built-in bra, so I couldn't take it off completely. I folded it up and let my stomach breathe. In that moment, I remembered what a difference one less layer makes.

So, I am officially renewing my summer membership of the Sports Bra Squad. I have two bras I really like to run in shirtless, and the rest are just meh. Both of my favorites were given to me and I can't seem to find them on the company websites, so I think they're discontinued. They are from Victoria's Secret and North Face.
I've realized I feel most comfortable running shirtless in slightly "longer" bras - the kind that come down a bit on your ribs, instead of stopping right at the bra-band. I also tend to chafe where the band sits if it's too high.
So, I am looking for recommendations! I don't mind paying a little bit more for a comfortable, supportive, breathable option, but I'm not a snob; inexpensive options are always welcome. I don't need anything extremely compressive, but I like something with thicker straps that cross in the back. Those bras with thinner straps are super cute but just don't work for me.

What is your favorite sports bra to run in?

A few weeks ago, Nicole Deboom (the founder of Skirt Sports) reached out to our ambassador group to see if any of us had ever struggled with depression and wanted to share how we coped. I answered the call and sent in my story.

Her article in Women's Running magazine was published last week, just as we heard news of Kate Spade and Anthony Bourdain.

Something I told Nicole was that I don't believe exercise alone is ever enough to treat real, clinical depression. The idea that you can exercise your depression away is actually something that feeds into the stigma that depression and mental illness aren't "real" medical conditions that need real treatment. The movement against "big pharma" and medicinal intervention is dangerous and shames people, making seeking treatment even more difficult.

I am grateful that she included that insight in her article. You can read it here. 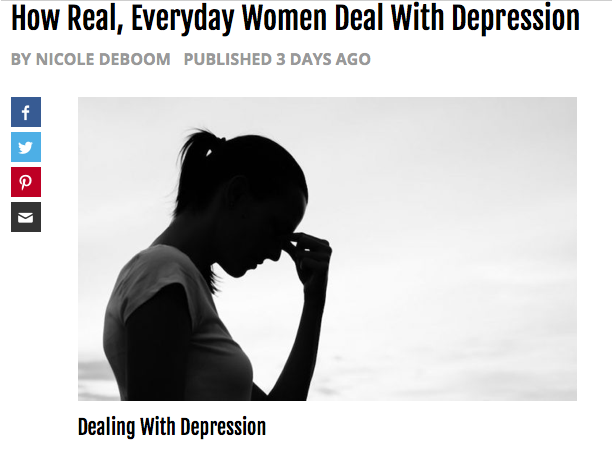 When Nicole posted the article on Facebook, she said: "My biggest takeaway is that the healing can't start until you can safely talk about your depression and anxiety. That is #1. I actually thought that through my research process I would find that exercise was the key to healing and health. What I found is that while exercise plays a part, it is not the primary key to healing. Many factors come into play."

I've written about my depression here before, but never so explicitly. I am trying to be better about speaking out, so that others who suffer can feel empowered to do so, too.

Healing, recovery, coping, and remission look different for everyone. If you're still looking for what works for you, maybe you'll find something useful in this article.

Elizabeth isn't big into social media, so when her brother asked how she planned to announce her pregnancy, she asked me if I'd let her hijack one of our post-run Instagram photos for the announcement.

I said of course, as long as we made it crystal clear that she's the one expecting, not me!


She has also asked me to continue to help her keep running as long as she can so she can have an active, fit pregnancy.

Consider this her official announcement, across all social-media platforms!