Our Winter Trip to the PNW: Vancouver

Shortly after returning from Seattle from Scott and Robby's wedding, Matt and I decided we wanted to take another trip up that way. Having just experienced summer in the Pacific Northwest, we thought it would be fun to see what the winter was all about. So, we planned our first actual winter vacation in years.

We flew out of Tampa to Vancouver early on Christmas day. The Vancouver airport is so cool! There's lots of art and even an aquarium! (Click that link to see the waterfalls by the escalators.) The airport seems to really be trying to highlight and celebrate the art and history of various First Nations tribes.
Going through customs was easy; they have kiosks set up that you just slide your passport into and it takes you through all the usual paperwork via the screen. Then it snaps your picture and prints out a receipt that you give to the customs agent.
Matt has his Canadian passport now, so he went a different way than I did. I kept saying "we" to the customs agent and he looked at me kind of weirdly and asked who I was traveling with. Once I explained that my husband was with me but is a Canadian citizen, he let me through without any further questions.

We didn't have a rental car on this trip, so we had to figure out public transit. Luckily, it's not hard in Vancouver or Seattle. We took a train to our bus stop, then took a couple buses to our first Air BnB. We spent that first day not doing much - we got pho at a Vietnamese restaurant within walking distance from our place, walked around a bit, and spent the rest of the evening relaxing.

The next day, I planned our two sight-seeing adventures. First, we went to the Bloedel Conservatory, which is a climate-controlled dome housing hundreds of tropical plants and birds. Obviously Matt and I are bird-lovers so this was a must-do. Plus, it was rainy and cold so being indoors was a bonus.
We spent a couple hours walking around the dome. Matt got a new, real Canon for Hanukkah, so we played with the settings and took some great photos. There were some really neat birds we'd never seen before, including this paradise whydah whose body is the size of a finch's and whose tail is basically two feet long.
After the conservatory, we grabbed a bite to eat and then headed to Grouse Mountain. We chose not to go up Grouse during our July trip because it was expensive and we were short on time, but a work friend told me Grouse was well worth it in the winter, so we put it on our list. 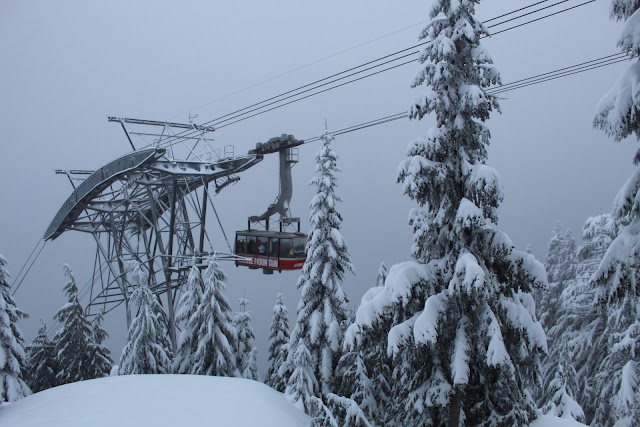 Riding the gondola up the mountain was an experience. In four minutes, we went from 40F to 28F. We could see the distinct line in the trees where the snow suddenly began to stick and build. When the doors opened, we walked out into a blustery winter wonderland. 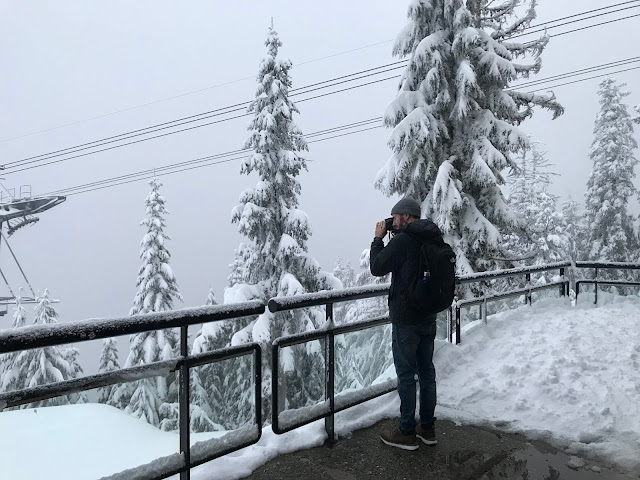 Matt and I toured the Light Walk (where I performed a perfect Patronus charm and produced a corporeal stag) and rode on a "sleigh". 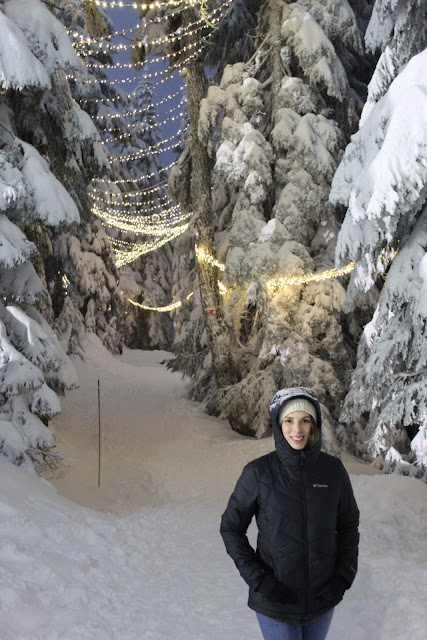 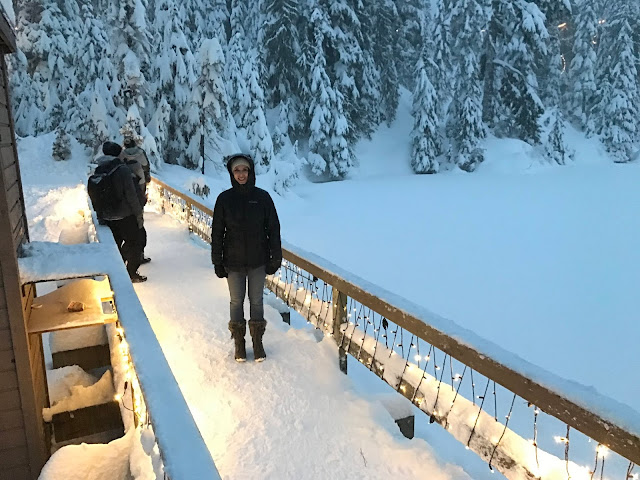 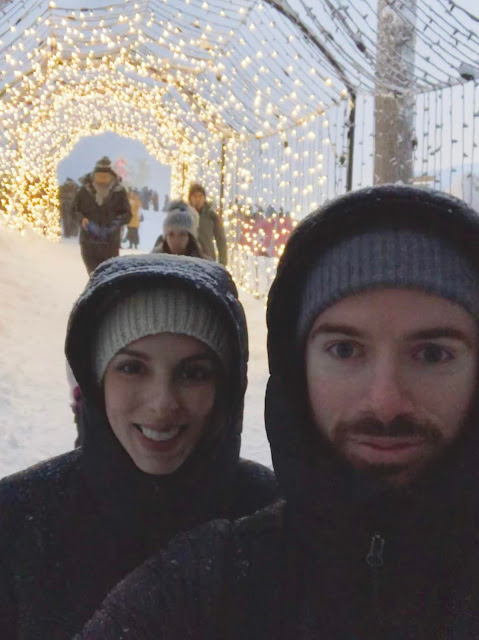 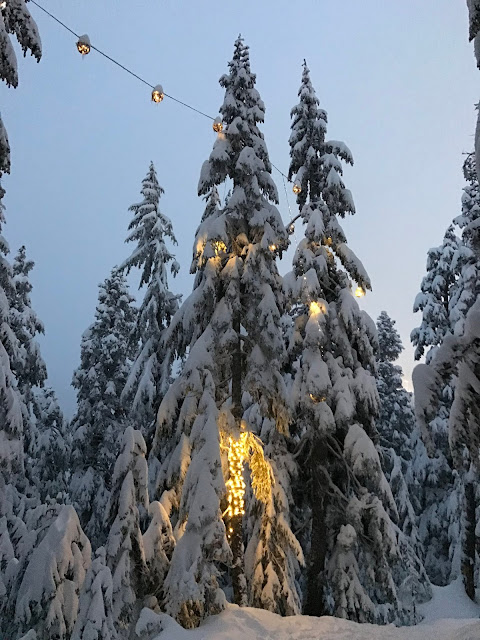 Afterwards, we enjoyed some hot beverages at the lodge.
The next day, we toured Granville Island, which is basically Vancouver's Pike Place. Besides delicious local fare, there are lots of artists in the market, and we spent most of the day there. 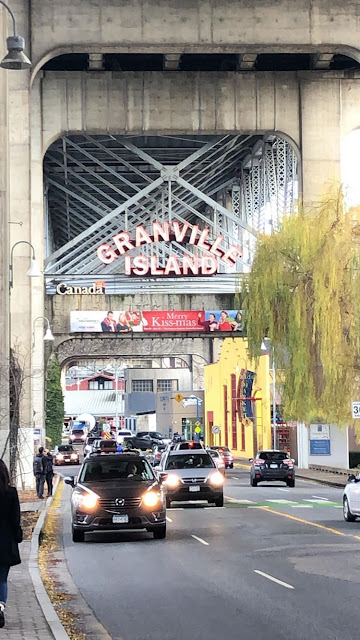 Our plan was to take a train to Seattle early the next morning, so we spent the evening packing and prepping for that. I enjoyed our time in Vancouver; the weather wasn't terrible (a bit rainy and pretty cold) and it was easy enough to get around on buses and trains.

Stay tuned for an update on our Seattle trip!