Summer weather and Covid spikes in Florida have kept me inside for a week straight. I decided it was time to commit to some at-home workouts. I found Chloe Ting's 2 Week Challenge via a Try Guy's video where they tried a few different YouTube workouts and decided to give it a...try. 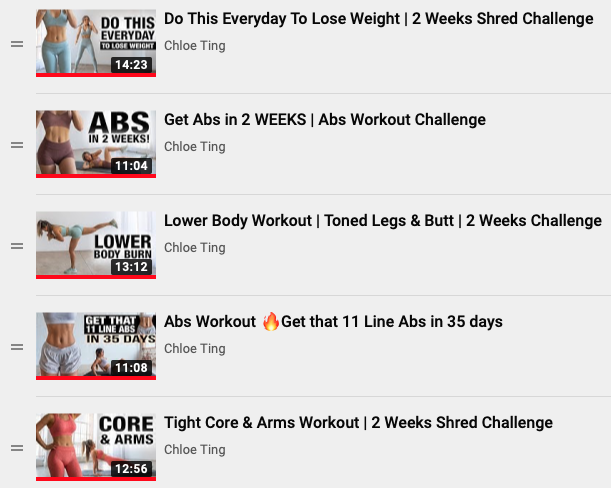 I started on a Wednesday rather than wait for a new week to start. I had Matt take some "before" photos, but I won't be posting those until after the full 14 days, if at all. At this point I'm halfway through. I wish I had remembered to take my measurements before I started.
My issue with programs like this is that they can create a false hope for getting a perfectly sculpted body in a really short time, which is unrealistic. Chloe talks about that in other videos and on her website, and she's super encouraging to everyone, no matter their results at the end. Because I lost weight last summer and kept it off, I think my body could potentially reflect some change in a short time, but I don't expect miracles.
I haven't been purposefully changing my diet while doing this challenge, but as always happens when I'm consistently working out, my appetite has changed naturally, so I'm snacking less, eating more fruit, and drinking more water. I am still doing intermittent fasting, so I complete the daily workout before I eat, first thing after I wake up.
Day 1: My body didn't know what hit it. Not only have I not been running much, but I'm also barely moving, seeing as it's officially summer break. My heart-rate skyrocketed during these first two videos and I really had to take a lot of breaks. It was discouraging. I am always kind of amazed that I can go for a two-mile run in 80% humidity and my heart-rate stays pretty tame, but five minutes of planks has me shaking.

Day 2: Despite being a little sore, Day 2 was much easier. I think my mind and body were just already in a better place with more realistic expectations about the workout. I enjoyed the workout. 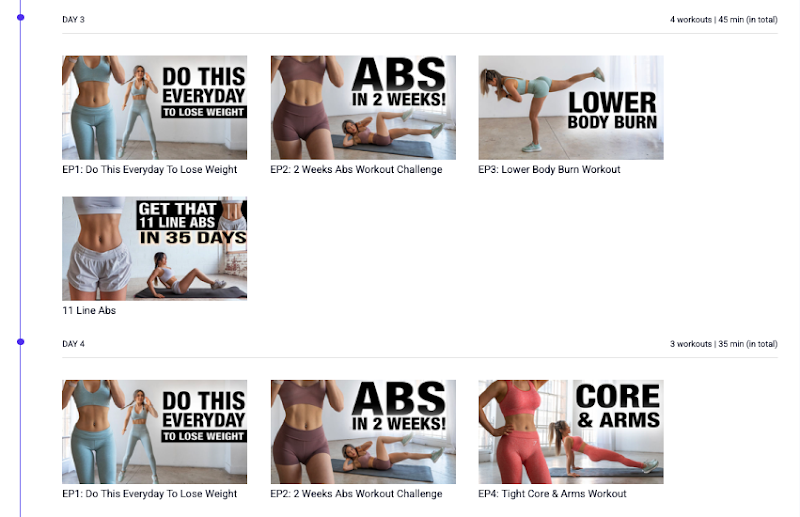 Day 3: OW. My hip flexors were super sore upon waking, and they stayed sore and weak through most of the day's four videos. Exercises like In-and-Outs and leg raises seem to work my groin more than my abs, and I'm just not very strong there. I felt super accomplished for completing all four videos.
Day 4: I nearly skipped a video today, but since tomorrow is a rest day, I dug deep and got it done. I noticed upon waking that my stomach already seemed tighter than it has been. Not super muscular/defined, but just a little flatter. My wrists hurt pretty badly from all the plank work, which is unusual for me. Perhaps it's because I'm doing these workouts on carpet. I'll try setting my yoga mat up on tile for Day 6!
Day 5: Active rest day. Matt and I found a nearby neighborhood that's still in the process of being built. It's much quieter and less populated than our current place, so I felt much more comfortable running there. I ran two very slow miles; I was surprised by how good I felt on the run despite being so sore! My hips and hip flexors felt great, but I'm definitely not acclimated to summer weather and humidity right now. 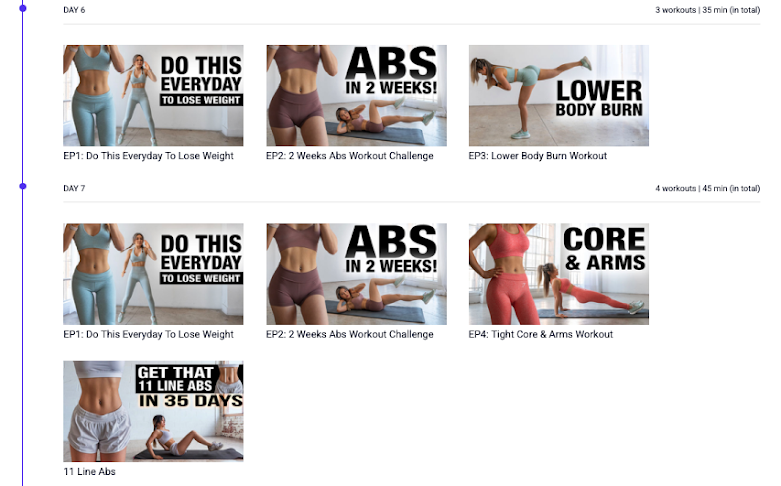 Day 6: Despite running in the evening and working out the following morning, I still felt really fresh and capable for Day 6. I moved my yoga mat to a tiled part of the condo and it did make a difference on my wrists and ankles. The workouts seem easier (I know what to anticipate, I'm taking shorter breaks, and completing more sets in the time limit), but I'm still working up a major sweat and struggling in certain areas.
Day 7: I felt more tired at the start today, but was able to complete all the videos with minimal rest. I feel like a noodle! While I haven't seen any obvious improvements aesthetically yet, I definitely feel stronger and generally just "better" than I have in awhile!
At this point, I am thinking a lot about how I wish the program used the lower body and core/arm workouts more frequently, but I like that there are only a few videos that you cycle through. It's just predictable enough without getting boring. 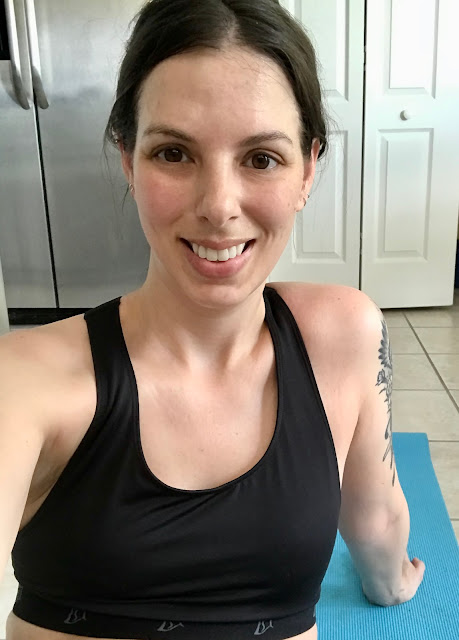 Email ThisBlogThis!Share to TwitterShare to FacebookShare to Pinterest
Labels: at home workout, HIIT

The last quarter of this school year was like nothing I've ever experienced. The main factor being this global pandemic, of course.
Spring break began on March 13; originally, I was supposed to be in LA for the ASCD conference at that time, but we decided to cancel. We left school that Friday with an extremely rough set of instructions for if our return to school after spring break was delayed.
Obviously, we never returned to school.
Remote crisis schooling was...something else. I was impressed daily by my teachers and their flexibility, innovation, creativity, and grace under pressure. This was a hard way to end the year; despite kind of enjoying being isolated at home with Matt, I wasn't immune to the fear and concern circulating because of Covid-19. As an asthmatic with an autoimmune disease, I'll admit my paranoia was (and still is) heightened.
On top of all this, Matt and I had listed our house for sale just a week or so before Florida schools shut down. We were under contract just as the Stay at Home issue was ordered. We had to deal with inspectors and realtors, packing and moving, and finding a new place to live while being constantly vigilant to avoid contamination. 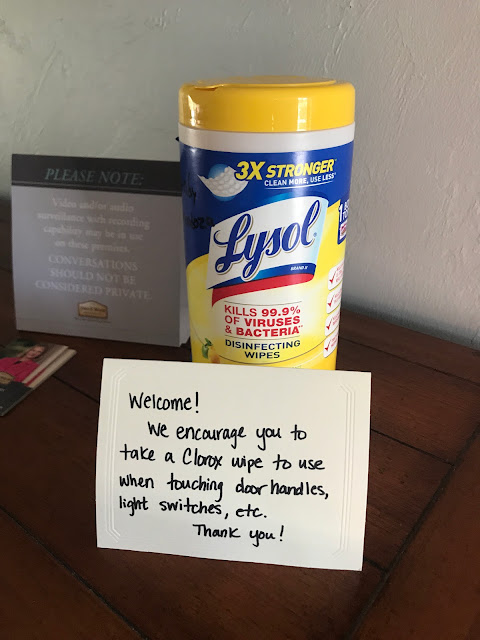 House hunting was made doubly difficult because we had some very specific guidelines: we wanted a short-term lease, three months max.
That brings me to the real piece of news; if you read my last post, you'll know where this is heading. 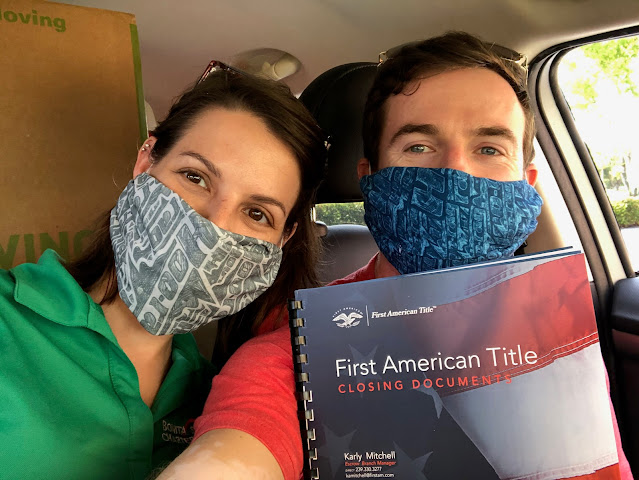 Matt and I have officially decided to move to Seattle. Our lease is up at the end of July; we'll make a short stop in Sarasota to see our parents, and then we'll start our cross-country drive.
Why Seattle? For years, Scott and Robby had planned to move out there, and our interest was piqued as long ago as 2016. Back in 2018, we took a two-week vacation out there for their wedding. The moment I stepped off the plane, I felt totally and completely at home. It was a feeling of belonging I have only ever experienced in Beachwood - my childhood home - and Edinburgh.
This is a scary time to choose to make such a big move, but with everything going on right now, we want to be in Seattle more than ever. Yes, even with Covid. Yes, even with the protests. We just don't want to wait any longer.
Details still need to be ironed out, but it feels freeing to have a plan and to have made a decision. It feels right. We've been yearning for this for years. It feels good to finally make it a reality.
Leaving will be bittersweet. I've been at my school for 11 years! The friends I've made here are truly family, and when I think of leaving them it physically hurts.
We've tackled some major life events here. My parents, siblings, and Steph's sweet little family live here. Matt's parents live here. Not being able to have a big goodbye bash with everyone together is making this exponentially more difficult.
But we're as ready as we'll ever be, and time waits for no one.
It'll be tough, but it'll be worth it.
Our next adventure awaits!
ABK
(In case it needs to be said, we support the protests and are doing our part. Black lives matter.)
Posted by Ali K. 3 comments: