Moving to Seattle: My Cross-Country Trip

Well, we made it! After years of dreaming and months of planning, Matt and I have officially made our move to Seattle. 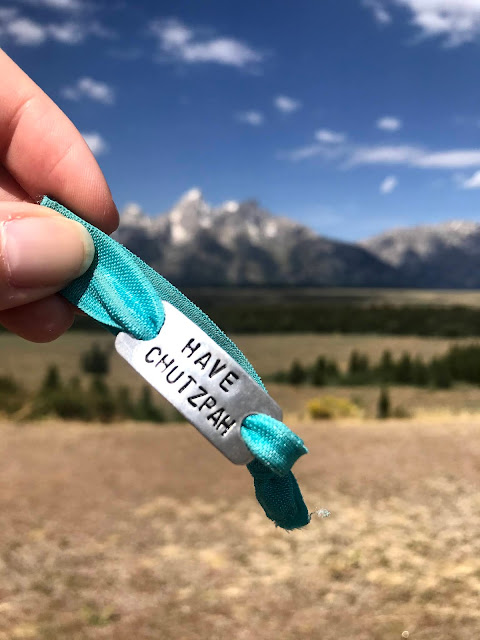 For those of you who follow me on Instagram, that won't come as a surprise. Over the last few weeks, I've been updating my stories so everyone can follow along on our adventure. The road trip portion of said adventure ended up taking 8 days and was much easier than expected.

But the adventure doesn't end there. I'm 34. I've quit my job and moved across the country, about as far as you can go. I'm in a totally new place with new everything ahead of me.

I know there will be so much to share; right now I'm spending a lot of time reflecting on who I've become in the last few years and trying to figure out who I am now, and who I want to be. But exploring all that here on the blog can wait. For now, I want to give you the run down on the road trip.

You can see all my stories from the trip in my highlights on IG here: 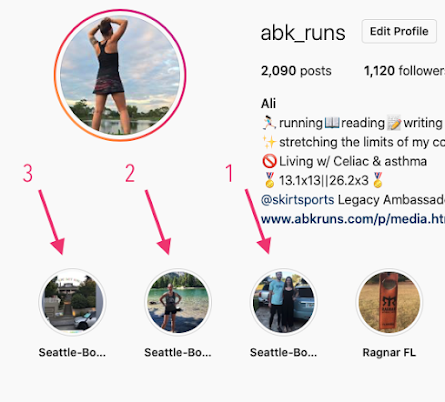 We left from Sarasota, FL on August 7. We planned to leave August 6, but Matt wanted to take the CPAT before we left, so we had to delay a day.

On the 7th, we took our usual Chattajack route to Chattanooga and stayed at the La Quinta we're familiar with there. Our biggest concern on this road trip was avoiding COVID. We asked for a room that hadn't been used in a couple days and got lucky, but as we got further along on the trip and got to some big touristy areas, that kind of accommodation was hard to come by.

We also wore our masks religiously and sought out hotels that were implementing policies to deal with COVID.

Getting to Chattanooga and knowing we still had days of driving ahead of us messed with my mind!

On day two, we left Chattanooga and made the loooong drive to Kansas City, Missouri. On day three, we drove from Kansas City to Sidney, Nebraska, cutting into Iowa a bit along the way.

Kansas City was neat; on the way we paused to see the Gateway Arch in St. Louis and we stopped downtown to see the famous public library parking garage. The drive through Nebraska was honestly the most painful part of the trip. It was boring, flat, and stretched on forever! Nebraska is a much bigger state than I expected. 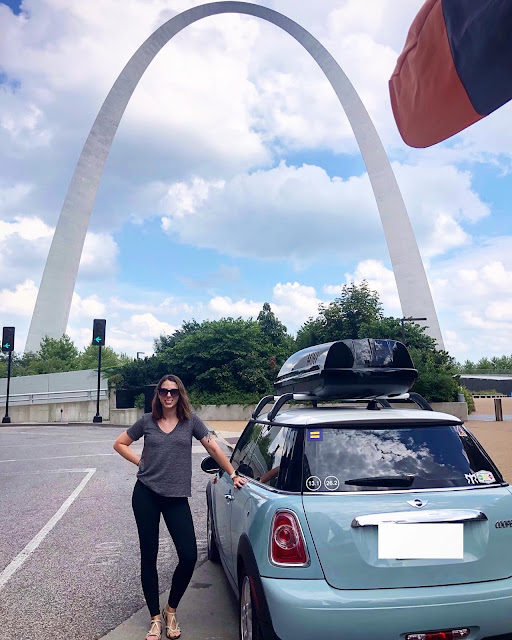 From Nebraska, we headed toward Boulder, Wyoming, and were treated to a surprise. Matt's little brother from his fraternity has bought himself an RV and he and his girlfriend are living in it, exploring the US and having an adventure of their own!

He invited us to stay the night with them, so we cut our drive a bit short on day four and enjoyed a home-cooked meal, good wine, better company, and some good old fashioned hospitality. 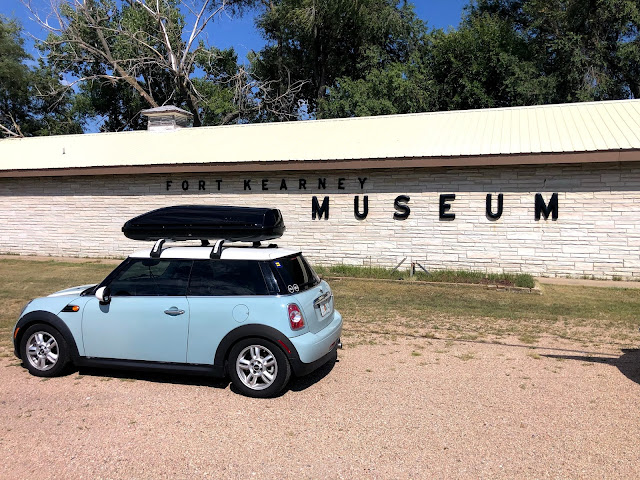 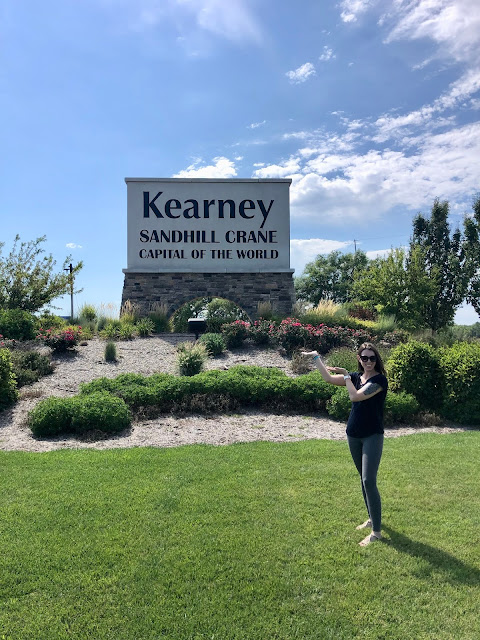 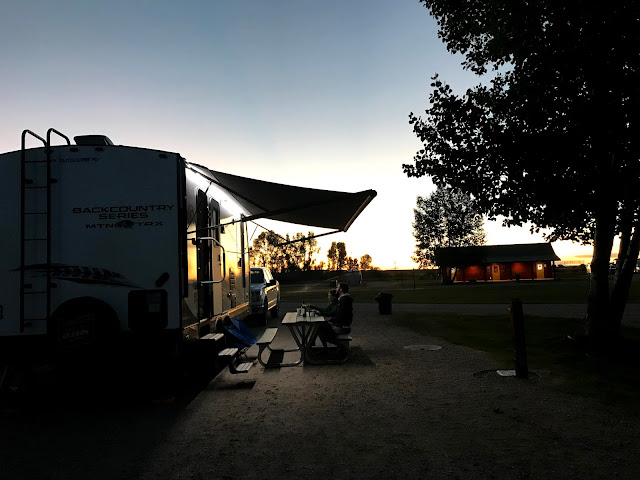 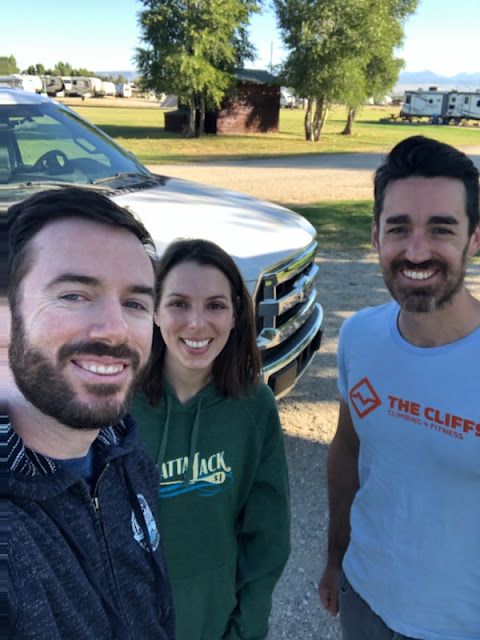 On day five, we left Boulder early and made our way to Grand Teton National Park. This was finally where the driving got good. Our first glimpse of mountains and winding roads was pure heaven! 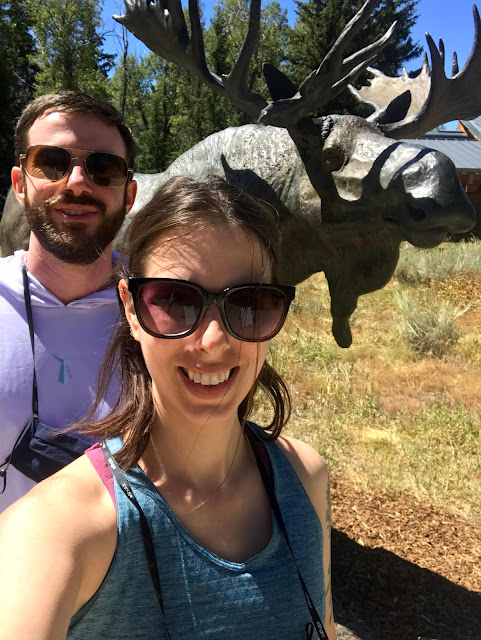 When we arrived in Jackson, WY, we realized we didn't have a plan and kind of needed one. We were dressed for the park but worried that if we went straight in and tried to look for lodging after, we'd be SOL. We decided to splurge on a hotel room in town so we could give the park as much time as possible; I'm glad we did, because Grand Teton NP was the highlight of the trip! I expected to really love Yellowstone more, but GT is where it's at! 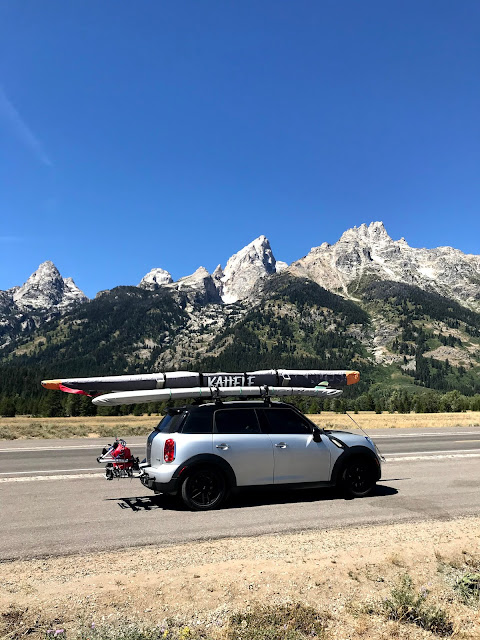 Matt did some paddling on Jenny Lake while I attempted to get a run in. It wasn't great, given the elevation, time of day, terrain, and crowds, but it felt good to get moving. Afterward, we drove further into the park to explore the String Lake area, where we took a 3-mile hike and finished with more paddling. 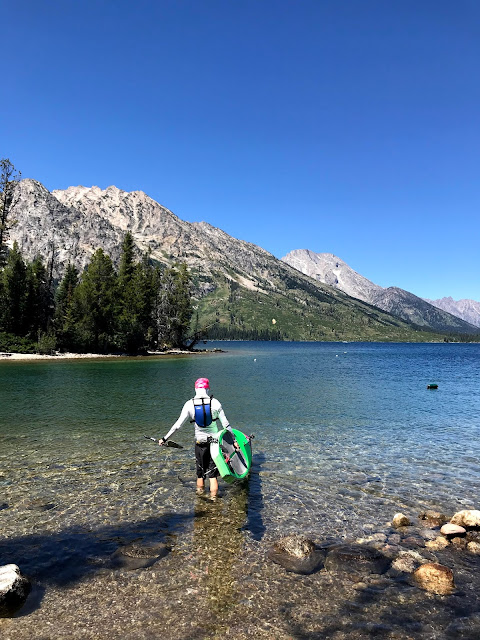 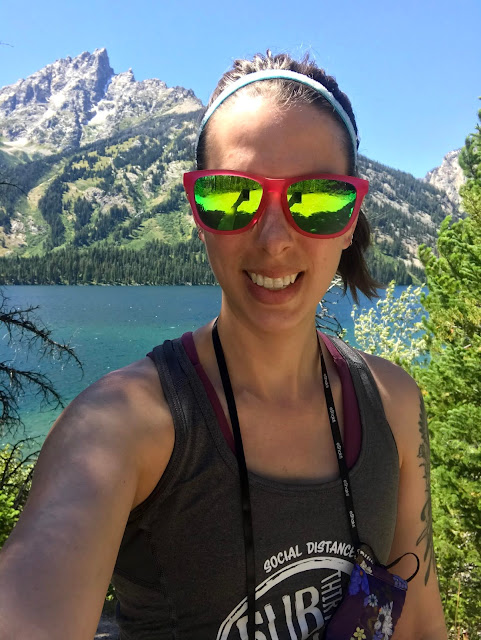 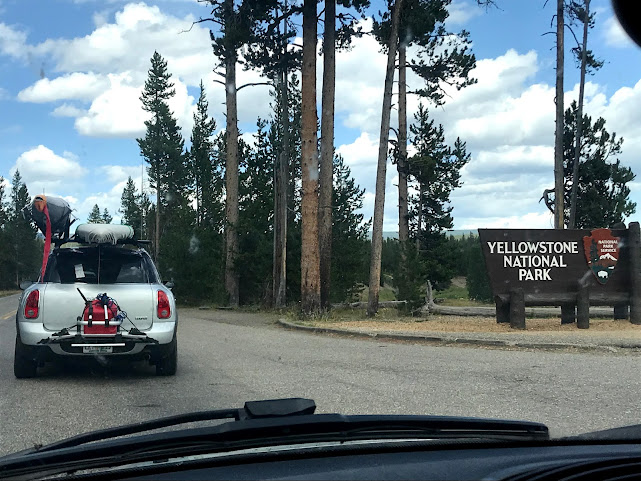 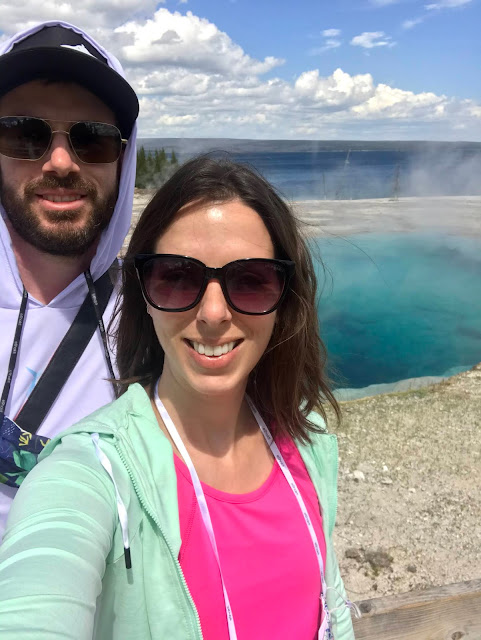 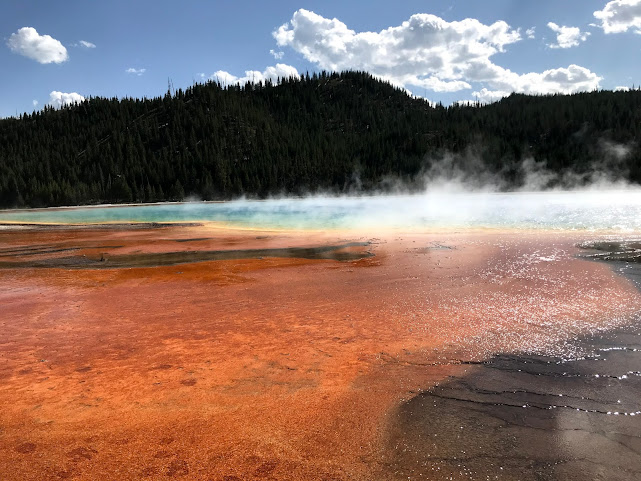 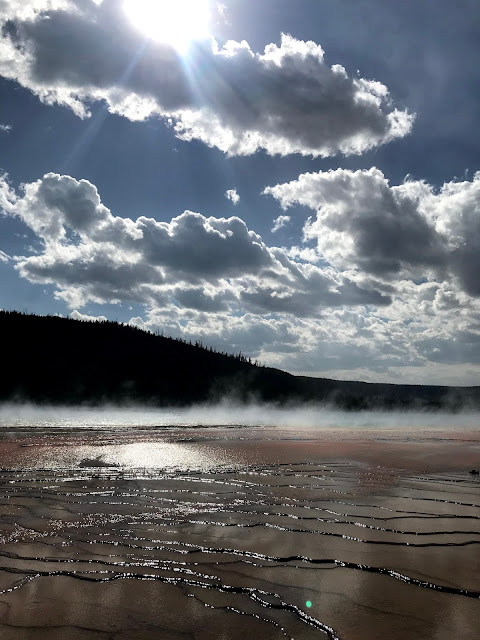 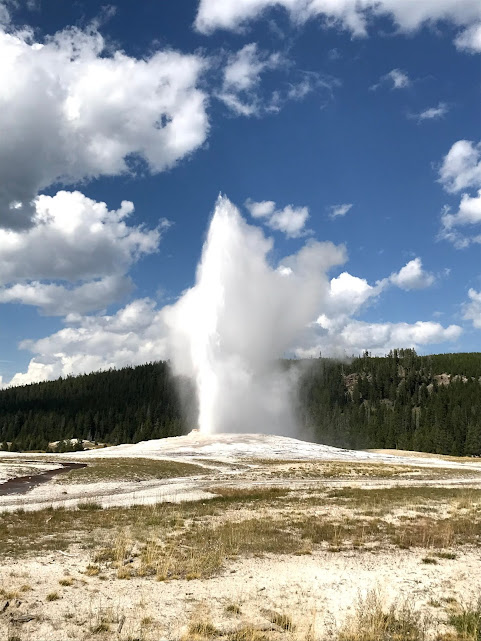 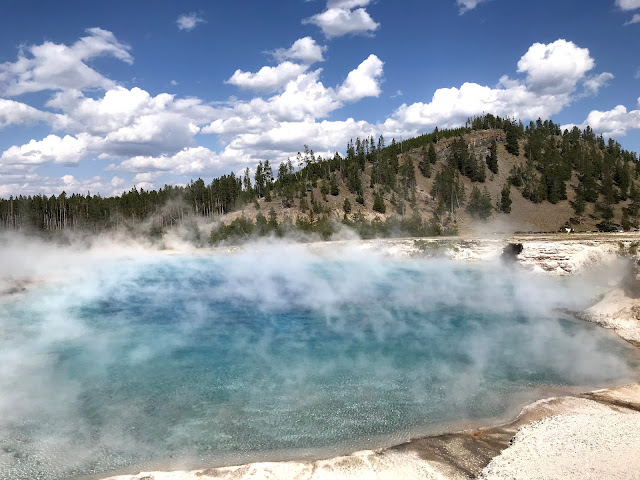 Because there was one more spot Matt really wanted to see, we went back to Yellowstone on day seven to see the Mammoth Hot Spring Terraces - they were well worth the second entrance, and we'd gotten year-long national park passes anyway so it didn't cost any extra. From there, we started our next day's drive. We didn't have any other stops on our list, and just wanted to make some good time. 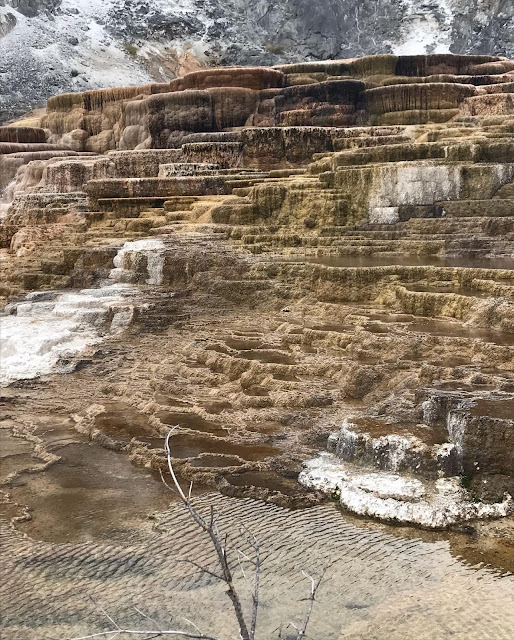 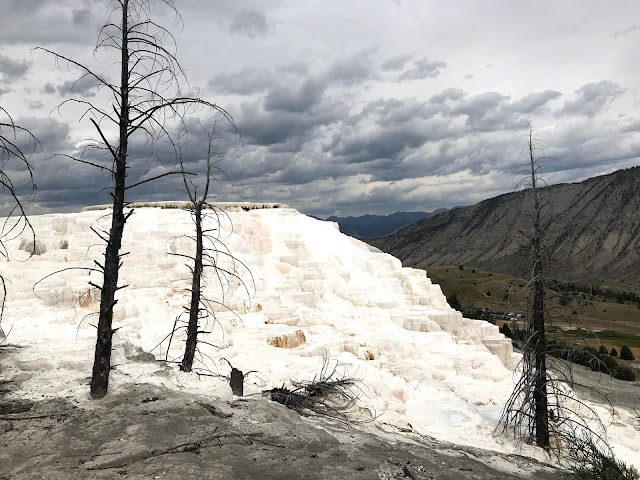 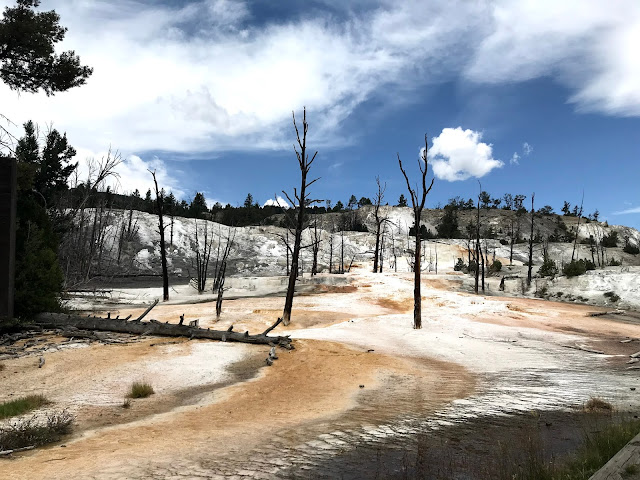 We made it to Missoula, MT, where we stopped to find a hotel. We knew as we turned in for the night that the next day we would arrive in Seattle.

Day eight. We passed briefly through Idaho and then, seemingly out of nowhere, we were in Washington! As soon as we crossed state lines I was grinning - I couldn't believe we were really there! We made it! 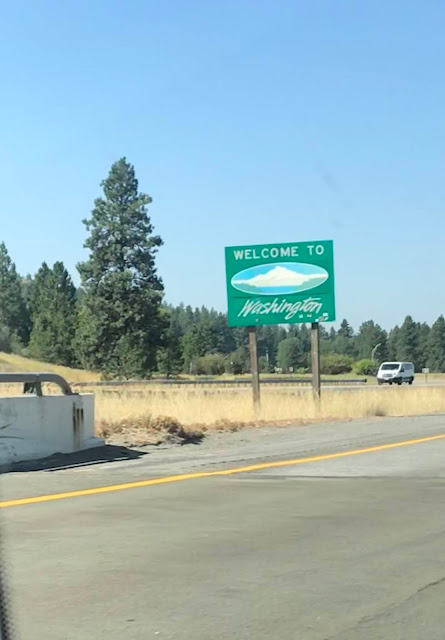 We made a final pit stop at Snoqualmie Falls. Standing on the rocks down by the water, I told Matt, "We've been dreaming of being here and I can't believe we're really here. This is ours! We can come here whenever we want!"

That feeling of wonder has not left me. Every time we drive back into the city after going out for errands, I see the skyline and the Space Needle and just GRIN. To be completely honest, I tend to exclaim out loud.

"I can't believe we get to live here!" 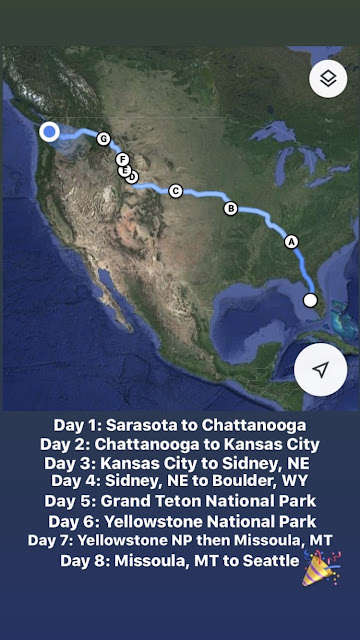 Making the decision to move was scary and nerve-wracking. I knew I wanted to move to Seattle but actually taking the leap is something else entirely. I can't believe we really did it; I'm so thrilled that we're here! I'm looking forward to the new experience of living somewhere I actually chose, a place that truly feels like home.