Zooma gear is 50% today and tomorrow (Nov. 24)! Use code BLACKFRIDAY at checkout!

A few weeks ago, I signed up for the Zooma Winter Warrior package, which includes the Holiday Challenge and the Love Run Challenge. I hemmed and hawed about it because I tend to give up on challenges, but Matt convinced me it would be a great way to stay motivated and active during the coldest parts of winter, when I'm the least likely to want to workout. The social aspect in the Facebook group is nice, too, especially as lockdowns go into effect again.

The Holiday Challenge began last Monday. The 7-week challenge is to complete 4-5 days of movement a week and 1-2 days of rest, relaxation, or self-care.

I'm pretty pleased with how my first week went. Despite having a couple setbacks early in the week, I refused to let myself down. I decided to be flexible in how I counted my activities and self-care. The point of this challenge is to take care of your body and mind through the holidays, not to beat yourself up!

Nov. 16: Rain kept me indoors, but I didn't want to do nothing on the first day of the challenge! I took some moves from two Blogilates reels (here and here) and added some planks and core-focused exercises as well.

By the end of my second round, I was so sweaty and already sore. I haven't done squats since I did the Chloe Ting challenge over the summer and my quads let me know it!

Nov. 17: I was shuffling around like a grandma after a bad fall, but still managed a nice run at the UW Arboretum. This route is a nice two miles; the first mile is very uphill and challenging.

I planned to do the loop twice but decided I was too sore to conquer the hilly parts twice, so I took a shortcut and ran about about 1.5 loops instead.

Nov. 18: This was much-needed rest day! Matt and I drove to Bellingham to meet one of his paddling friends (masks on!) and check out their fire station.

Nov. 19: Although I planned to run, this became an unintentional rest day because Matt and I had some household stuff to get done. I used the downtime to paint my nails for the first time in months, and I think that counts as self-care!

I forgot how much I love painting my nails. I just get in the zone and feel so focused and relaxed. I'll definitely be doing it more often.

Nov. 20: My DOMs from Monday and Tuesday had finally subsided, so I tackled the Arboretum again. This time I successfully completed the loop twice, even though I nearly cut it short again. I've finally gotten into the habit of carrying my inhaler with me on my run, and that made things a bit easier. 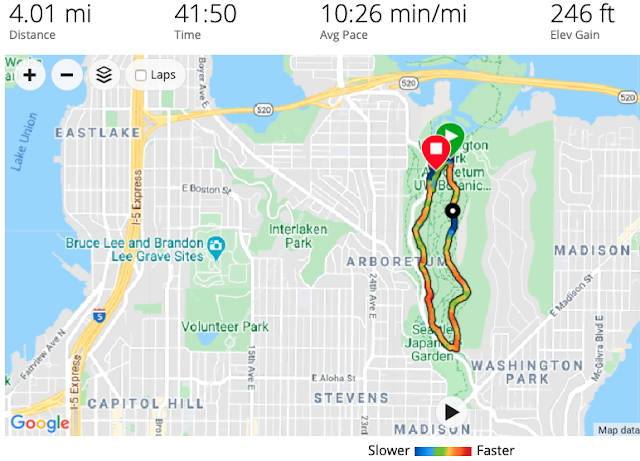 Nov. 21: Matt, Scott, Robby and I hiked the Boulder Garden Loop, which is a two-mile trail not too far from us. We wanted to find a place that wouldn't be too crowded and this fit the bill.

Our goal was to go on a shorter hike because you don't want to get caught in the dark as sunset gets earlier and earlier, but the steep grades definitely made this a workout. 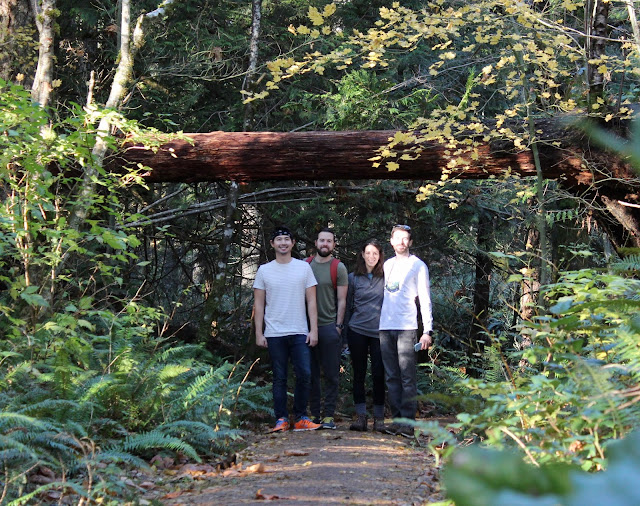 We indulged in some Shake Shack afterward and watched The Greatest Showman at Scott and Robby's, so this day doubled as an activity and self-care day. I like that this challenge isn't split into days so much as instances, so you can double up if you want to. Most of the time my runs double as self-care anyway!

Nov. 22: I was sore all over again (I'm beginning to think I'm getting old or something) so I did some easy stretches to account for my movement.

So, week one, done! It wasn't perfect but I felt a lot more tuned in to how I was spending my time and how I was feeling. It was a good week to get calibrated and take inventory. I hope as the weeks go on, this routine starts to feel more natural and easy, because I can definitely feel the mental benefits of participating in this challenge already.