I did it. Six weeks of commitment. Five days a week of movement; two days a week of self-care. I'm so impressed with myself for sticking to this, and I've gotta say, I'm seeing results. This challenge has given me a routine to focus on during this weird era of isolation/working from home. Now that the challenge is over, I have another on the horizon to jump into. Even if I didn't, I don't think I'd just quit. I feel like having weekly goals has been a good lifestyle change for me, and I intend to keep it up. 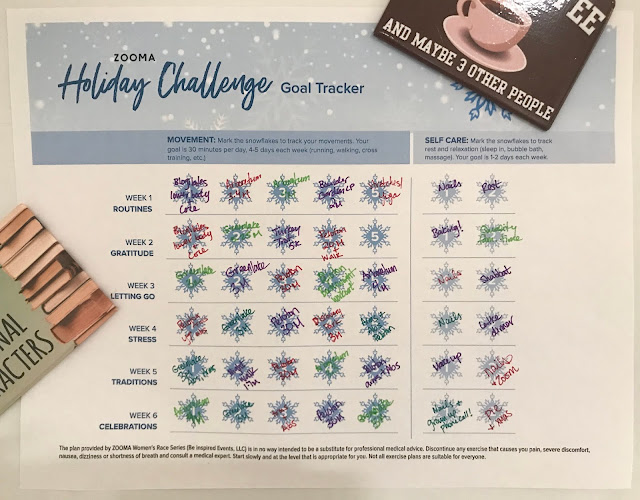 By the way, there's still time to sign up and join me for the Run Love Challenge! Also, registration for next year's Zooma Run Club is open. There's a free option if you're looking for sisterhood and support rather than swag. 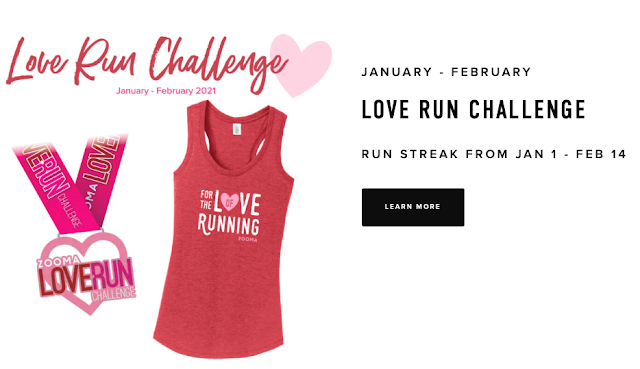 Let's get into last week's breakdown. Spoilers: this was a week where all my hard work paid off!

Movement 1: I started the week strong with a four mile hill run at the Arboretum. This was a milestone run; usually I have to pause and take a rest and a puff a quarter mile in, because of the hills, but not this time! I ran the entire loop once before I paused for a break, and then completed it a second time. I;m really proud of my progress! 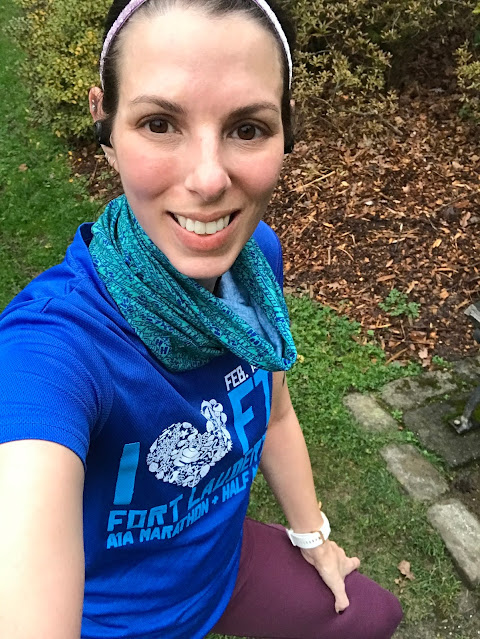 Movement 2: Temperatures in the low 40s couldn't stop me from getting in a near-perfect run. I did a flat 3-miler and felt strong and steady the entire run. I checked my splits (which I never do these days) and was pleasantly surprised to see them so even. It's like this week, things just clicked and I found my groove. 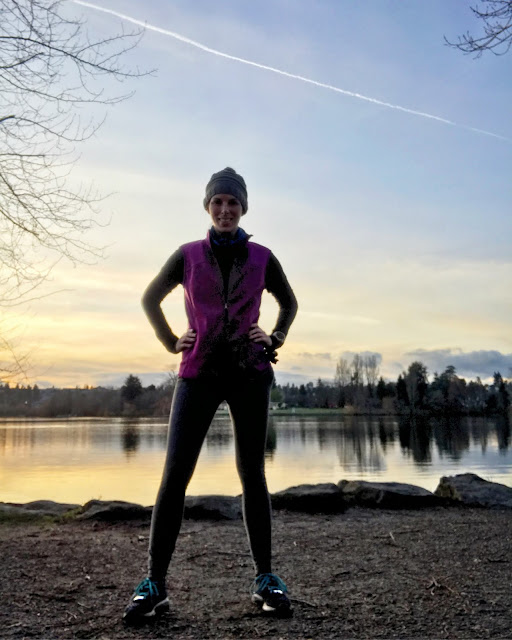 Movement 3: I completed a Peloton arm workout and a core routine I put together myself. I really need to consider doing arms and core more than once a week if I want the results to pay off.

Movement 4: On Christmas Eve, Matt and I spent the night at Scott and Robby's. I did a 30 minute ride on the Peloton that evening. I totally understand the cult-like devotion to Peloton because the coaches are so encouraging and fun, distracting when they need to be, and super diverse.

I really think using the bike once or twice a week has rounded out my fitness in a way I was missing, improving my running. I guess cross-training is a thing for a reason.

Movement 5: On Christmas morning, the four of us ran a 5k at Greenlake. This was actually Robby's idea, and I gave him the option to back out but he insisted. 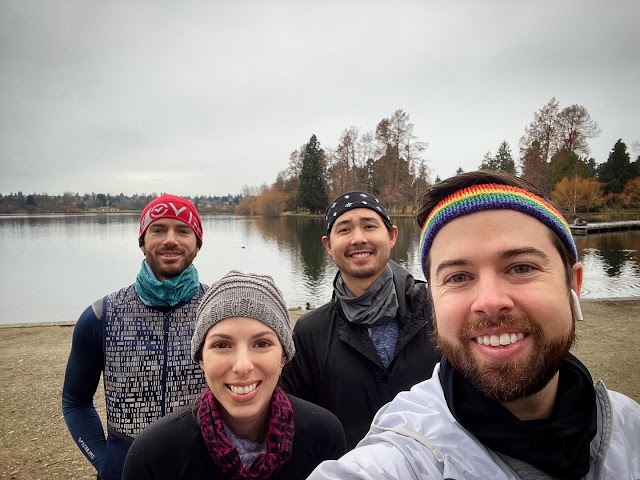 This 5k was my fastest run in Seattle. I felt totally in the zone and incredibly happy with my performance, which wasn't low-effort by any means, but wasn't race-effort, either. I was proud of Scott and Robby for completing it, given that they haven't run in literal years; Matt of course blasted past all of us.

Self-Care 1: Besides my usual nail day, I also bit the bullet and made a phone call I'd been putting off. Sometimes self-care means adulting.

I had to call our new doctor's office and get us in the system so I can get our records transferred; the call ended up being easy and painless, of course. Staying on top of your health is self-care!

This challenge may officially be over, but if it has taught me anything it's that I really benefit from the mindfulness that comes from meeting weekly goals. I'm going to take a break from updating my weekly progress on the blog, but I'll be sticking with the routine for my own sake.