One reason Matt and I chose Seattle for our big move was the weather. We loved the idea of seasons, but neither of us wanted to live somewhere with snowy winters. Been there, done that.
Seattle winters are wet, sure, but they're not snowy. Temperatures in the 40s are completely doable, and I've acclimated quickly. We had a sprinkling of snow back in October or November, but it didn't stick and barely counted as a flurry. Still, it was exciting. I realized I wouldn't mind some snowfall now and then.
Early in the week leading up to the Snowpocalypse, we had some light snow and I got to experience my first snowy run. This is something I've seen other runners post about all winter long and I've always wanted to run in snow. It just looks so pretty and fun! I loved conquering this milestone; I was honestly elated the entire time, and I got to figure out what kind of clothes work well in freezing temps. 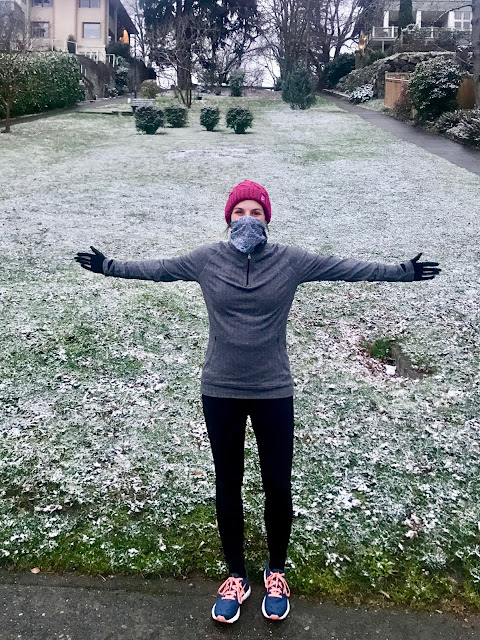 Then came the weekend's Polar Vortex. While the timing was inconvenient, the snow was welcome. We watched in awe as the sky just absolutely dumped big, fat flakes that stuck. It started out light; we were just leaving Scott and Robby's that Friday night when the heavier snows began and we realized we may be homebound all weekend. 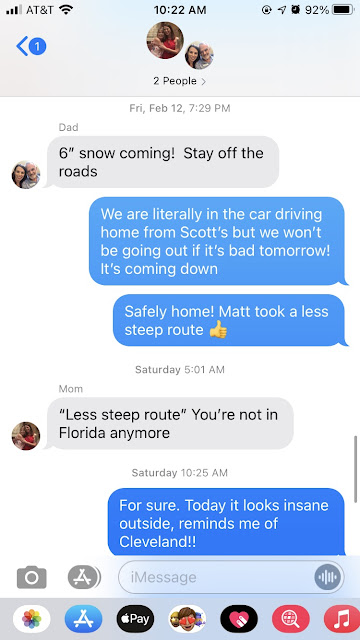 Valentine's Day and my birthday were duly interrupted, but honestly, it was a blast!
We got over a foot of snow over the next two days and made the best of it.
By Tuesday, the temperatures were back up into the 40s and the snow was melting. I was able to get my belated birthday run done and we had dinner and cake with Scott and Robby. 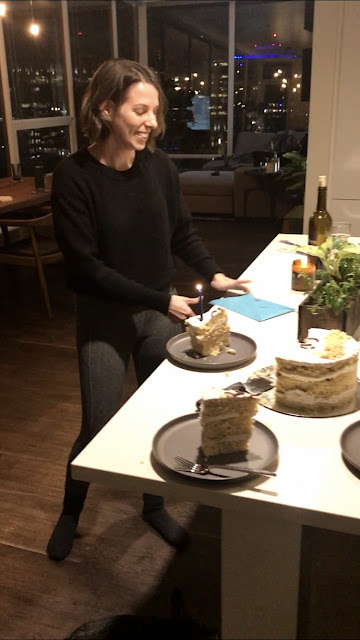 By Wednesday, the snow was virtually gone, existing only in random patches in the grass. I don't think I've ever experienced such heavy snowfall that melted away so quickly, and it was kind of perfect.
We got a real winter experience our first winter here, but it didn't overstay its welcome. While some of our Florida friends have wondered if the snowfall has made us regret the move, the opposite is actually true: we are even more excited to be here after experiencing our first Seattle Snowpocalypse!
ABK